We cannot believe this is the last time we will see Willie Hall roam the sidelines at Brackenridge. He leaves an indelible mark on the San Antonio and Texas high school football scene. The Eagles are hoping to send Hall off with a district title and it is very possible with some of the players he has returning in 2020. We should see these kids flying all over the field with the tremendous speed at skill positions. 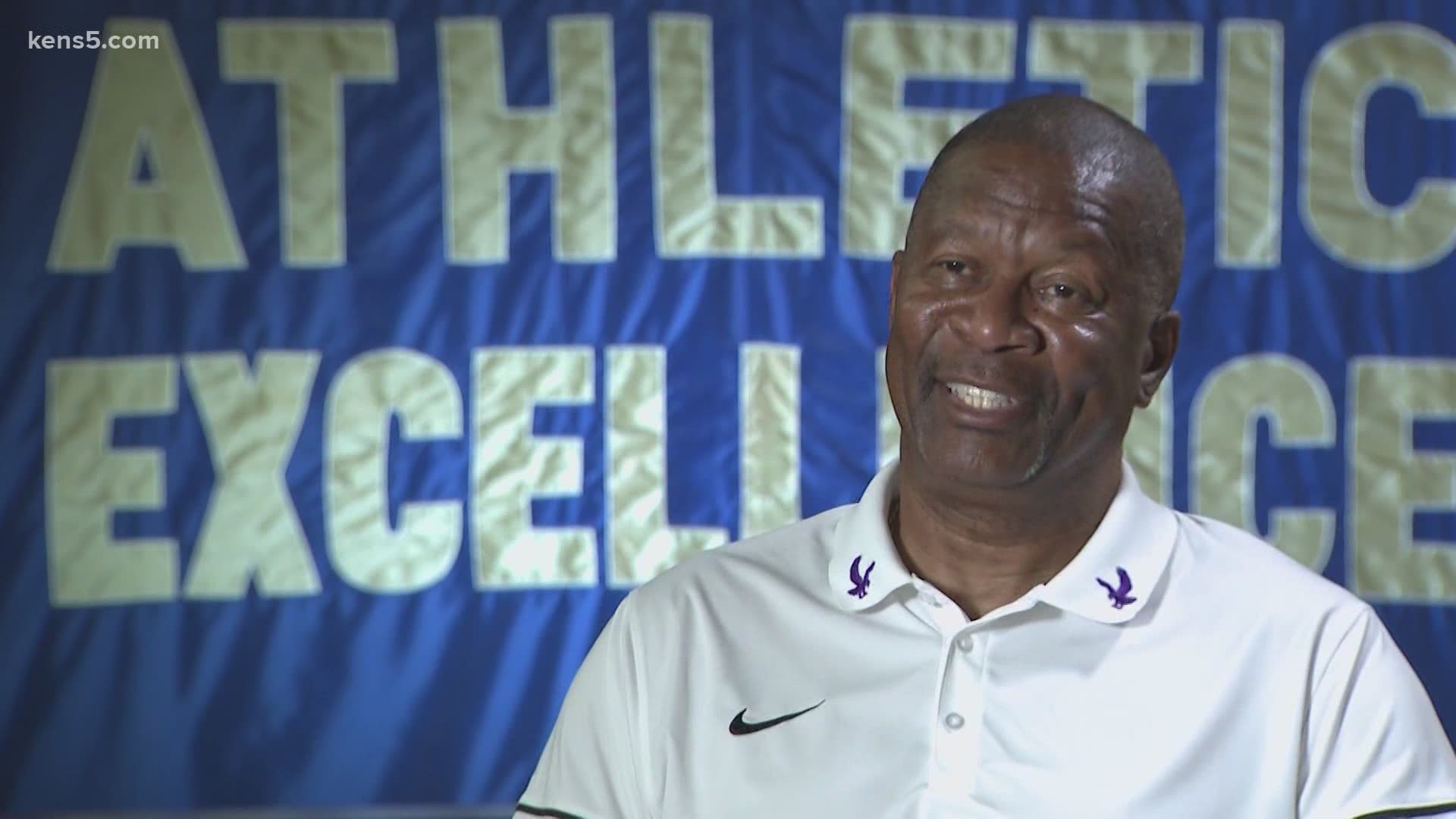 The Bulldogs are going to be a tough bunch in 2020. With seven returners on offense and eight returners on defense, the experience is there. If you’ve lived in San Antonio long enough, you know the last name Korrodi. Quarterback Jacob Korrodi leads a great group of players, including running back Matthew Salazar who will find himself in a ton of Friday Night Football highlights.

A young group from 2019 just got a bit older for Coach Monreal’s team. Life in the trenches should be just fine, but success will depend on second-year starting quarterback Brandon Gonzales.

Coach Castillo is hoping to see some progress in year two. There are only five returning starters on offense, but running back D’Marrion Gonzales, quarterback Jacob Gutierrez and wide receiver Jamarion Clark give the Owls some stability.

Can this be the first year since 2009 Jefferson gets a winning record? The defense has tons of talent, so they will be able to keep the Mustangs in most games. Running back Ryan Villarreal will be a huge player for the offense after rushing for more than 1,000 yards last season.

Coach Benavides has had no problem playing younger dudes en route to rebuilding this program. The team still might be one year away after watching a slew of sophomores take the field in 2019. Kennedy does return a total of 16 starters, which is the most in the district.

Lanier will be right there for a playoff spot in 2020 as a handful of three-year starters play for the Voks. Former linebacker-turned-quarterback Fabian Maciel is a special talent who can do some damage on the turf.

Kemmie Lewis has to be happy his guys are back in this district. They never should have been put in District 14, but that is a conversation for another day. Memorial was the talk of the town in 2017 and they are hoping to rekindle those vibes after realignment. They will have a new quarterback under center, but most of the wide receivers and starting running back are seniors, so that should be an easier transition to make.

Arguably the best uniforms in all of San Antonio. Not really relevant in a preseason write-up, but a pertinent point, nonetheless. Former NFL player Quincy Stewart attacks his first year at Sam Houston with only nine returning starters. Despite the lack of experience, running backs Faiszon Reese and Ronald Wilson will do some work with their speed. Very interested to see how Stewart utilizes his speed in 2020.

5A Players to Watch (No particular order)