'I don’t think there is any Black man in America who has not experienced that' | Local coaches on race in America, Part 2

This is the second part in an ongoing conversation. 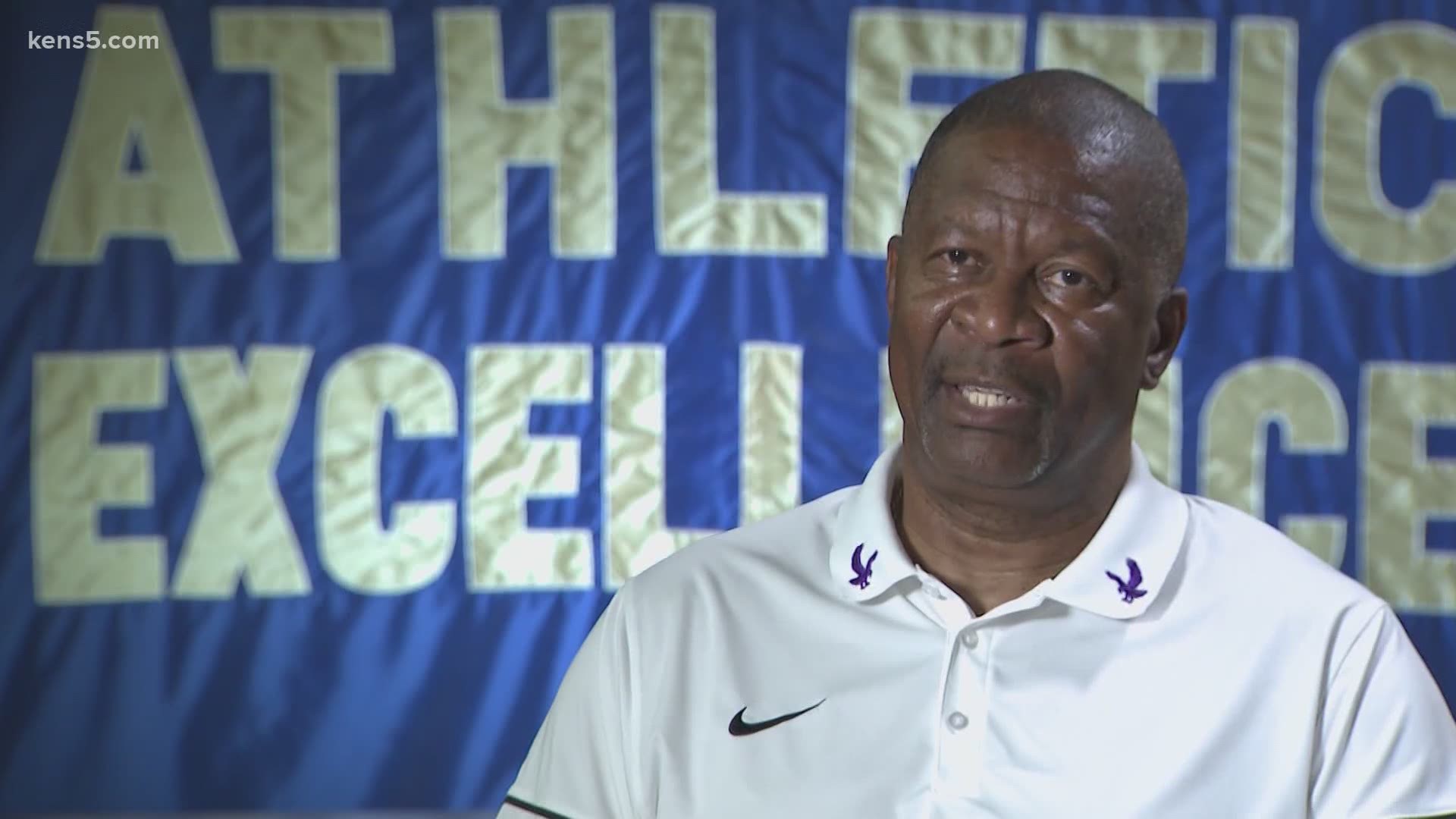 SAN ANTONIO — Note: This is the second in a seven-part series of conversations with Black San Antonio-area high school coaches and their wives about race in America, the impact of local protests nationwide and what they expect going forward.

Part 1, about the impact of recent events on their own lives, can be seen here. Part 3, about growing up Black in America, can be viewed here. This part of the conversation focuses on the use of racial slurs.

Have you ever been called a racial slur in your life?

Memorial Minutemen head coach Kemmie Lewis: "Of course. I know the meaning of what that word is, but I’m not gonna say it here. It is very demeaning to be called the N-word. If you don’t think about it, before you know it you are gonna react to it with a negative reaction. So I had to think then, what do you do? Do you fight fire with fire, or do you take it in and think about it, and that’s not who you are.

Judson Rockets head coach Rodney Williams: "Just talk to me and you might not believe that anymore, so when that happened to me a few times it kind of angered me because I thought, 'Dang, this is still going on?' But then you think about the bigger picture, and that is just one of many people, and it is irrelevant for the most part."

Stevens Falcons head coach Anthony Boykin: "I don’t think there is any Black man in America who has not experienced that. Just because somebody calls you one, whatever your 'one' is, doesn’t make you one.

"You are not gonna live down to what people think of you. In fact, you are gonna work harder despite the obstacles to overcome these things."

Brackenridge head coach Willie Hall: "Honestly, it only happened one time, and he knew better. He was a friend. Back in the day, we didn’t play that game of calling people the N-word, and he said that to me, and I hit him in the mouth, and he fell down.

Lewis: "If I can educate you on what I’m saying, that is my win for you because you get a little bit closer and you get a chance to understand who I am. Yes, you make a mistake. Yes, you used the N-word. Yes, you’re mad at every Black man in America because something happened in your life.

"But if I can educate you on who I am, because who I am is not what you are saying."

Hall: "Well, if it is directed toward me, I’m gonna step up to it. And I’m gonna tell that person, because I don’t mind the confrontation and because it is necessary. I’m just not gonna tolerate that. It is ridiculous."