2020 HS football preview: 6A District 29 | Harlan, Brennan and O'Connor should contend for playoffs

District 27-6A will always get viewed as the toughest in San Antonio, but this one is definitely right there. After a 9-3 record last season, Brennan is definitely in the hunt for a district title this season. Sophomore quarterback Ashton Dubose is very talented and his team has speed all over the field to help him move the offense in a variety of ways. With five returners on both sides of the ball, keep an eye on Brennan. 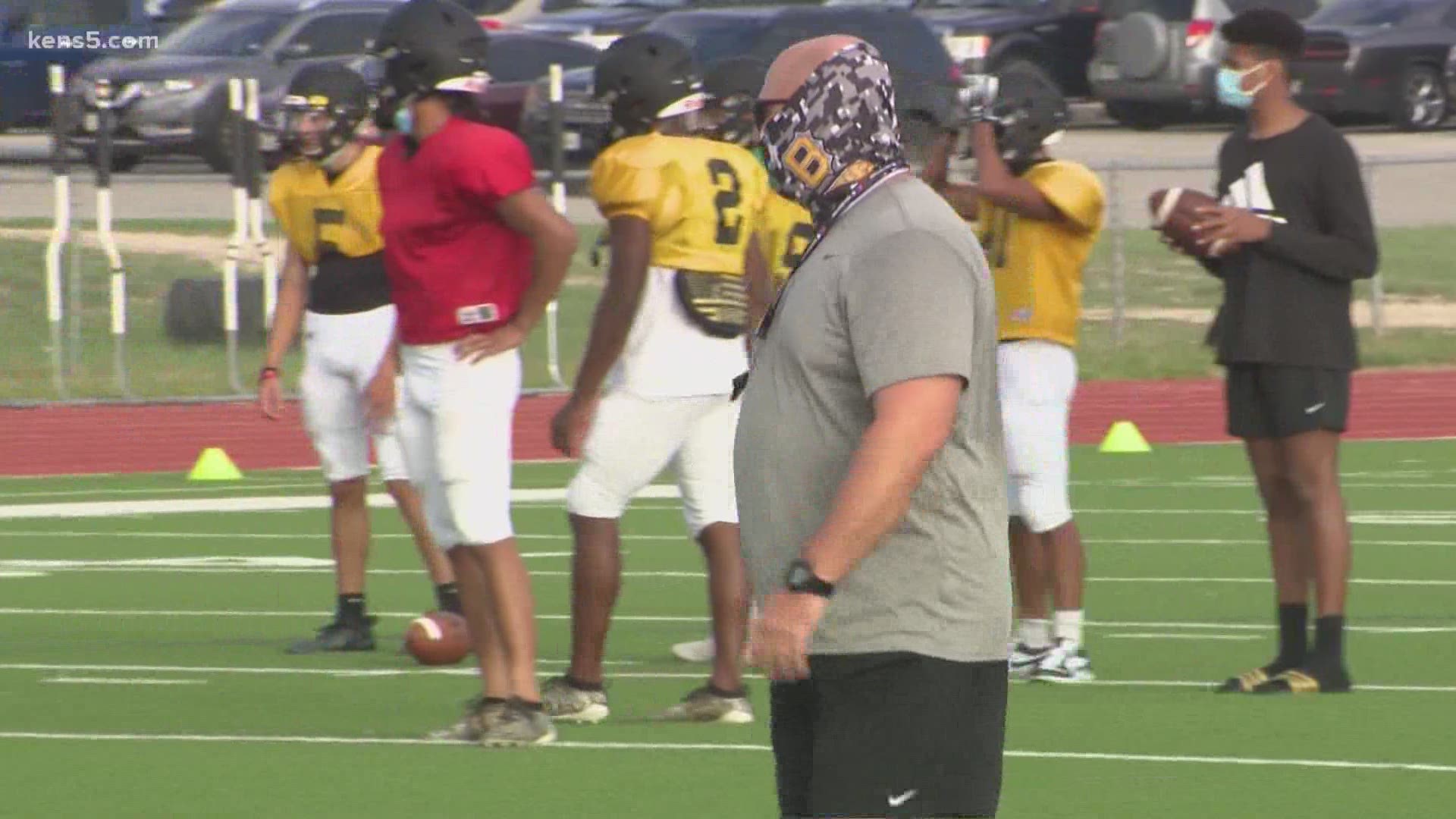 Harlan gets a bump up from 5A to 6A this season. The Hawks, littered with juniors in 2019, took an undefeated season into a tremendous regional contest against Wagner. Quarterback Kannon Williams is one of the best signal callers in the area, running back A.J. McDade put up more than 2,000 rushing yards last season and wide receivers En’dreas Spriggs and Kamali Anderson provide matchup problems for opponents. The secondary is really the only spot to worry about with this group.

After a season where the Huskies could not avoid the injury bug, a group of younger players got unexpected reps midway through the season. Coach Morales is hoping that experience can help them notch a few wins this time around.

We are very interested to see what Jay looks like with only three returning starters on both sides of the ball. Running back Xadrian Huerta will be a focal part of the offense after accruing more than 1,300 yards and 17 touchdowns as a sophomore.

Marshall has one of the most experienced teams in 2020 returning six starters on both sides of the ball. The skill positions are a question mark, but the offense should work nicely with quarterback Dylan Cooper handling snaps.

OC, you know! O'Connor is always one of those teams we expect to make the playoffs out of this district. With its rival Brandeis out of the picture, the Panthers have a great chance at a district championship. Losing offensive lineman Logan Parr (Texas) and defensive force Pyrson Greer (Navy) hurts, but David Malesky has a couple of great wide receivers coming back in Carson Jones and John Locke. Quarterback play will be the difference-maker in 2020.

Stevens was a pleasant surprise last season. Very rarely in 6A ball do you see a freshman quarterback starting, but that's what we saw the Falcons do with KK Brashears. The QB threw for roughly 1,300 yards with 17 passing touchdowns. The Falcons are going to make another strong push towards a playoff appearance.

Taft has almost its entire offense returning with nine starters. The defense is not looking too bad either with six starters returning. Not sure if the Raiders can make a push for a playoff spot, but they are definitely a team that will sneak up on others. Taft will be a tough task for opponents in 2020.

Warren loses a good chunk of playmakers from 2019, but 13 total starters return for the upcoming season. Quarterback Vaughn Martinez moves under center behind a stout offensive line. If the defense can take care of business, watch for Warren to improve on that 5-4 district record from one season ago. Josh Littrell is a great hire for the school. The former Waldorf University head coach returns to Warren after leading the offense from 2007-2013. During that time, the Warriors were a prolific offense with a couple of district titles. Littrell is a welcomed return to the area.