The show must go on: In 26th year, SA Film Fest prepares for festival unlike any other in its history

The annual event is going virtual in 2020, and spreading more than 150 movies out over the course of the next few months.

SAN ANTONIO — If “coronavirus” isn’t anointed the word of the year by the Merriam-Webster folks once 2020 winds down, “canceled” may very well be in the running. It’s a word south Texans, and people all across the country, have had to get familiar with.

And yet, “canceled” was never an option for Adam Rocha. It wasn’t even a consideration.

“Heck no,” said Rocha, a devout cinephile and the founder/executive director of the San Antonio Film Festival, which returns this week for its 26th year. “To get the caliber of films we’ve gotten this year…it’s a lot. It’s wonderful to have the opportunity to screen the films to the San Antonio audience. We never decided to stop this festival.”

That doesn’t mean it hasn’t had to adjust to limitations brought on by the pandemic, which has led to cinema closures, major studio releases being yanked off the summer calendar and large, close-quarter gatherings being put on hold. The past few months have seen organizers of smaller fests like Austin’s South by Southwest all the way to France’s star-studded Cannes pull the plug on 2020 festivities as COVID-19 turns normal routines inside out.

“The COVID thing happened, spring break (was extended), we’re ramping up to have the event at the Tobin Center—and the world changed,” Rocha said.

The next option was an outdoor festival at the Tobin Center. But once local and state political leaders working to contain a worsening coronavirus outbreak put a cap on in-person gatherings, Rocha and other festival organizers had to adjust once again—turning to a digital space that teachers, pastors and office-turned-home workers have also found themselves operating within in recent months.

“So then we pivoted again, and we thought, ‘Well, we’ll do the whole thing online,’” he said. “That’s when we decided to do the entire virtual thing. It’s a better option. The world has changed its viewing habits.”

Not only will the San Antonio Film Festival go on this year with a modified experience; it’ll go on for the rest of the year. The event has had to make some concessions in shifting to an online event for 2020 – there’s no chance to meet A-list celebrities or have your photo taken with a living Hollywood legend like years past – but it’s also doing something ambitious: Extending this year’s slate of 150 movies to “Mini Fests” that will unfold over five months. For one week in August, September, October, November and December, movie-lovers will have the chance to return for a new batch of films screening as part of the festival.

It’s not just a fun twist on a 26-year-old event. It’s also a bit of a necessity, stemming from financial obstacles. An annual arts grant from the city that Rocha and his team rely on wasn’t available this year as funds were diverted to more essential areas amid the pandemic, and the festival’s 2020 advertising budget is practically non-existent.

“We were reeling and just decided, ‘You know what? We’ll see what happens. Let’s take a gamble and do it,’” Rocha said.

Spreading the 2020 San Antonio Film Festival out over several months, Rocha hopes, will lead to a gradual word-of-mouth buildup that pays off as an increasing number of people tune in to the festival every month.

The worst-case scenario: A small group of local cinephiles get the chance to celebrate new movies not for just one week, but for five. The best-case scenario? Expanding local awareness via increased access where you can watch this year’s festival submissions without leaving your couch.

“The thinking is that we didn’t have an advertising budget at all. So instead of just having six days of almost 200 movies, let’s just stretch it out for five months and maybe it’s going to catch on,” Rocha said.
“Maybe a local San Antonio audience will say, ‘Hey you know what, these are cooler options than what’s out there already.’”

Here’s how it works: You can visit the festival’s website to buy a virtual ticket, from $5 for individual digital screenings to a $69 all-access badge. Over the course of the day on Tuesday, August’s movies will become available in “blocks,” some with themes like “Black Voices” and “Grasping Humanity.”

By Tuesday night, 36 films – shorts and features, documentaries and animated stories, Texas productions and international tales – will be available for “festivalgoers” to watch through Sunday. Every Mini Fest over the coming months will operate the same way; those who buy a festival badge will have access locked in for all 150 movies.

“Are we reaching a new audience with our online presence in a virtual film festival? This is our first rodeo, so we’ll see what happens,” Rocha said. “I’m open to anything and everything.” 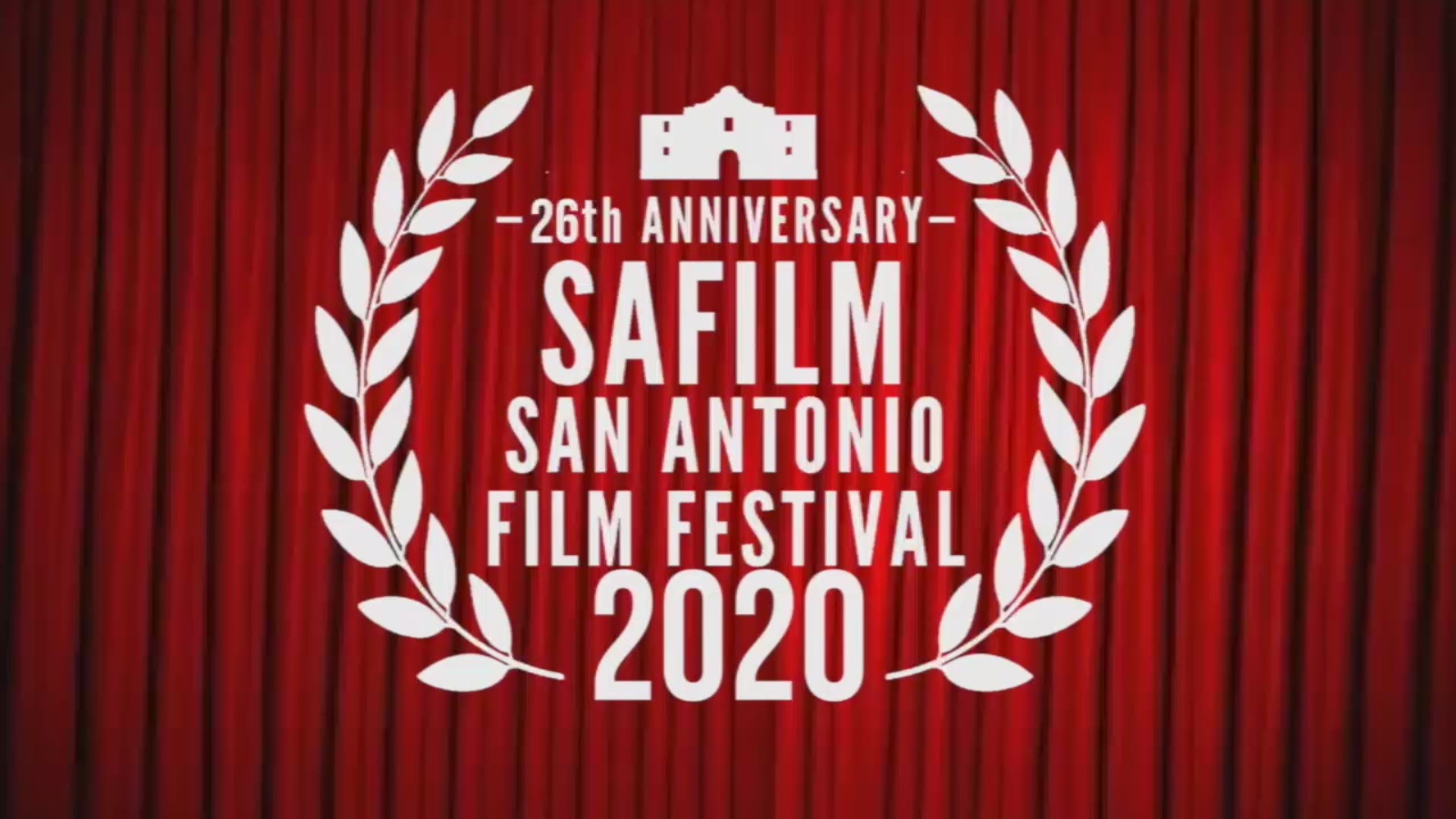 If, as Jeff Goldblum stated in “Jurassic Park,” life finds a way, so too does Rocha’s enthusiasm for the stories that San Antonio filmmakers have to share. He’s practically devoted his life to it.

“I figured a long time ago when I was going to film school at UT in Austin that, you know what, I’m a better film festival-maker than a filmmaker myself. I still do that.”

For him, the real bottom line is helping young filmmakers get on the fast-track to bigger dreams, bigger budgets, bigger appeal.

“It’s already a success. (If) we’re able to do this, then it’s successful. (If) it’s online and people are talking about it, guess what? It’s successful. If filmmakers are able to sell their films to distribution companies, that’s even more of a success,” he said. “I get pleasure out of these people becoming successful and saying, ‘You know what, that’s so cool that you guys helped us out.’”

It makes sense for someone who’s been teaching cinema arts at local schools for almost two decades, in a city not widely regarded as a movie town but one that nonetheless has plenty of its own storytellers. The San Antonio Film Festival is Rocha’s own way of doing that, and it continues to be 26 years after he started it.

Movies from more than 20 Alamo City directors are part of this year’s festival lineup, but audiences will be able to follow up a film that was shot in their neighborhood (the features “Seneca” and “The Good Wolf” among them) to one that was shot halfway around the world.

“From Toronto, from Singapore, from Amsterdam, from Spain, from Melbourne, Australia,” said Rocha, listing off the places where movies accepted by the festival were made. “Switzerland, Osaka. From France and Jerusalem. We’ve got a movie from Bulgaria. These films are from around the globe, they’re award-wining. And they’re here.”

Some of the accepted films will be having their San Antonio or Texas premieres. Others – like the locally produced shorts “The Tuckering,” “A Real Man” and “She Is Me” – will be screening for an audience for the very first time anywhere in the world. "Seneca" will be available for audiences before it launches on HBO Max at the end of August.

The curation of more than 150 movies is also key. One of the movie “blocks” expected in next month’s Mini Fest spotlights short films from recent high school graduates. In October, one of those blocks showcases Latino experiences. Another set for December, a block titled “Out and About,” is a collection of LGBTQ stories.

There’s variety as well as diversity. Audiences will be able to watch all kinds of movies: Shorts ranging from two minutes to half an hour, animation (“This year’s animation crop is super spectacular,” Rocha says), documentaries, music videos, experimental films. That intimate experience of getting to know a young director will be preserved, too.

For someone who still gets a kick out of “sharing movies in the dark with anonymous people,” as he puts it, Rocha is just as excited for what audiences will be able to watch from the more familiar confines of their living rooms.

People are finding themselves thinking more about their financial situations and perhaps less about the family’s next trip to the cinema. But the unpredictability of this year can make carving out the time for a movie a much-needed route to steer away from the headaches of 2020, even if just for an afternoon.

“Movies have always been an escape for people and their problems. For 90 minutes they can live vicariously through the character, they can go through the different obstacle courses that these characters go through, and then have that Hollywood ending that’s exciting and glorious and positive where it’s a perfect world,” Rocha said.

Meanwhile, like a true movie-lover, if you get Rocha to start talking about the specific films he’s excited for audiences to see, there’s no stopping him.

“There’s this documentary – this is the best documentary I’ve ever seen – about the Vietnam War. It’s called ‘My Father’s Brother.’ I cried like twice watching the movie.”

“There’s a documentary from one of my former students, he’s out of college in Hollywood, it’s about these cows that are on this loading truck that are going off to the slaughterhouse. But these people, these animal-lovers just try to help them on their way—feed them water, pray for them.”

“There’s another feature film called ‘Seneca’ out of New York City. It’s about a Puerto Rican actor who’s kind of looking for a job, he’s about middle age. But it revolves around the story of the hurricane that hits Puerto Rico and the aftermath of it. It’s beautiful.”

The list goes on and on and on. And that’s after Rocha and other festival programmers whittled several hundred submissions down to about 150. Suffice to say, if you’re a San Antonio movie-lover still waiting for the next James Bond adventure or Marvel superhero movie, there’s more than enough being offered by the festival to pass the time and fill your imagination.

“Get a bag of popcorn and be ready to be entertained.”

RELATED: Discovering a new community thanks to coronavirus