Bradshaw was a vocal advocate for San Antonio's cycling community, and his death impacted many across the city. 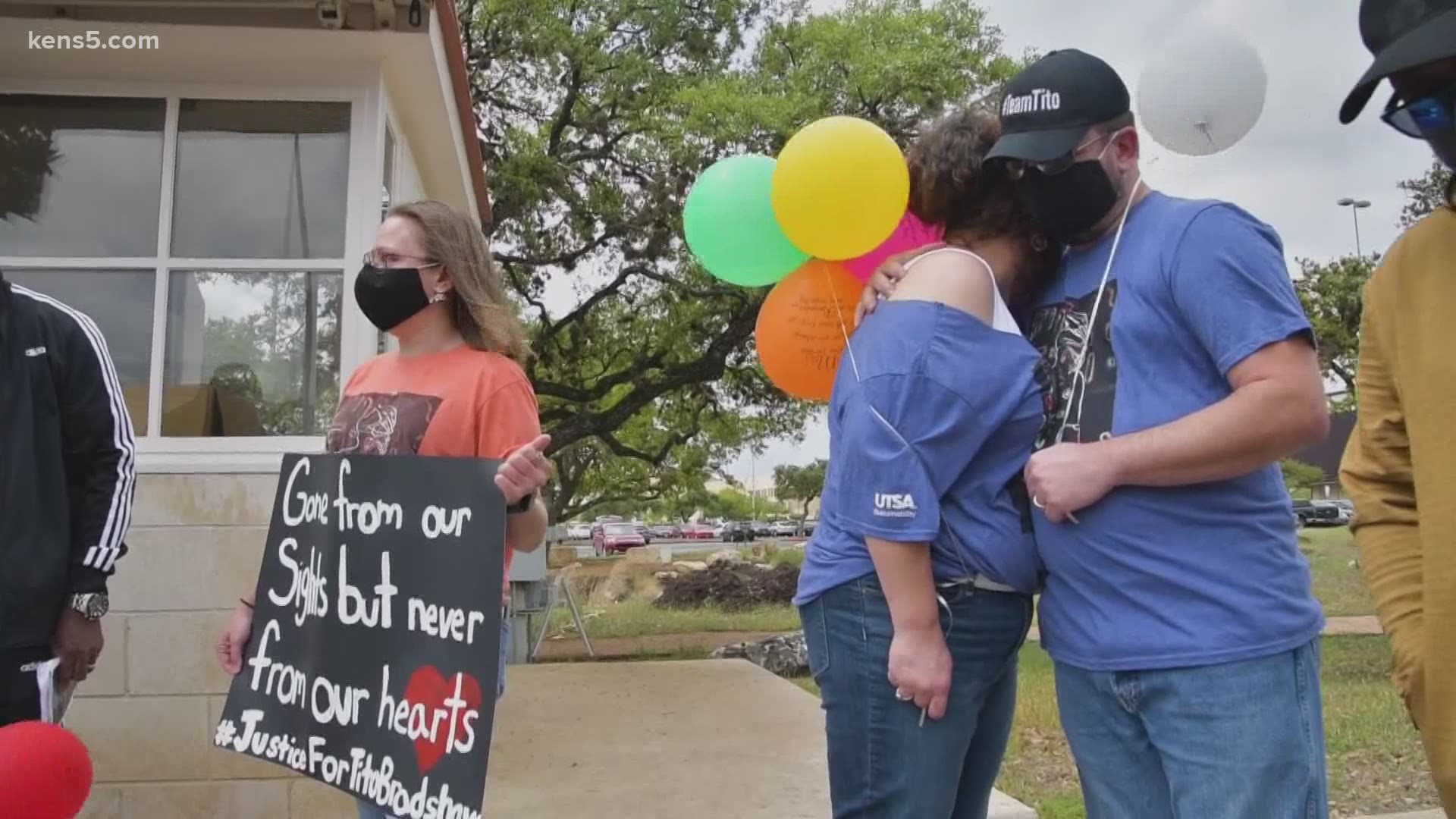 SAN ANTONIO — In 2019, Tito Bradshaw died doing what he loved: riding his bike.

San Antonio Police say he was riding downtown when he was hit by a vehicle operated by a suspected drunk driver. Bradshaw was a vocal advocate for San Antonio's cycling community, and his death impacted many across the city.

“We don’t want that to change. We want to be able to continue to be a hub where people meet and gather,” Tito said in an interview with KENS 5 before his untimely death.

Unfortunately, Tito’s dreams of running a community bike shop were cut short. Two years after his tragic passing, his family gathered in the Alamo City to celebrate Bradshaw.

“We’re just going to leave our tokens of love here. Let go of some balloons, and just share some memories and keep him alive,” Tito’s mother, Bernice Bradshaw, said.

The family says it’s those memories that have kept them strong during such a trying time. They say his smile was infectious, and his heart for helping was huge.

“His death took us through a harsh time, but during that time we came together as a family,” Tito’s father, Harry Bradshaw, said.

Tito’s parents drove to San Antonio from Fort Hood for the weekend, along with many other family and friends to visit some of the memorials set out in Tito’s honor.

The first place they stopped was a small bike shop on UTSA’s main campus named after him.

“He would like to ride bicycles wherever he could go. He would just get on a bike and go miles and miles,” Harry Bradshaw said.

Bernice says because of COVID-19 delays, the woman accused of hitting and killing her son has yet to stand trial; until then his parents both say their main focus now is to continue helping raise Tito’s son, their grandchild, Valentino.

“The most important thing out of all of this – all the hurt, and all the pain – is for Valentino to be a successful person like his dad,” Harry Bradshaw said.