The Tito Bradshaw Bike Repair Shop was unveiled Tuesday, five months after he was hit and killed while cycling. 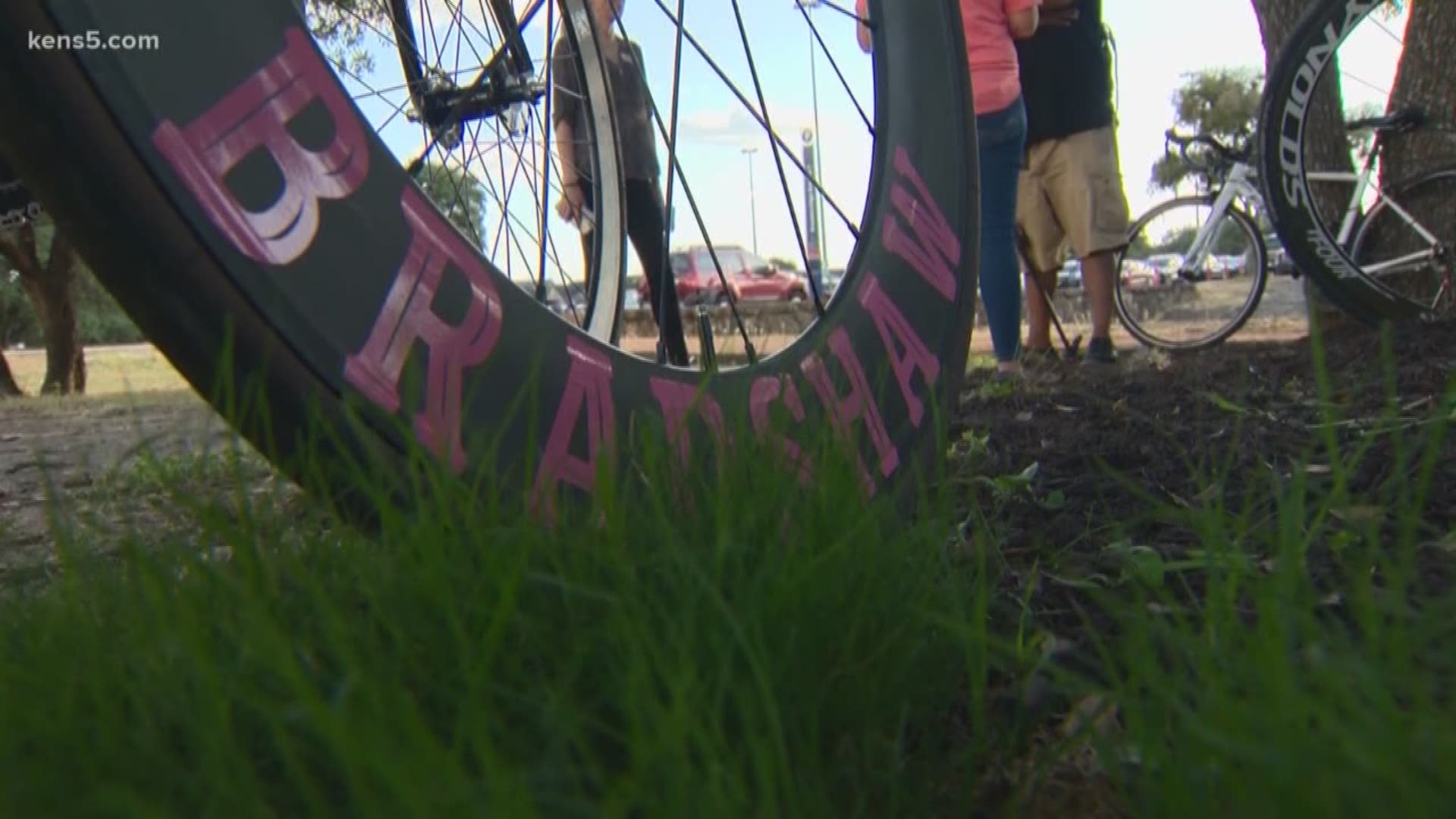 SAN ANTONIO — Five months after cycling activist Tito Bradshaw was hit and killed by a suspected drunk driver while riding his bike, the community gathered to honor his memory. Tuesday night, The University of Texas at San Antonio unveiled the new Tito Bradshaw Bike Repair Shop in the heart of main campus.

“This is a bittersweet moment,” said Bradshaw’s father, Harry Bradshaw. “It's a moment where you realize that your son was much stronger and greater than you ever imagined.”

Roadrunner orange poles are set up near the shop, designed so students can repair their bikes by hanging their bikes on the poles, and getting supplies from the shop.

The shop will have tubes, lubricants, and an array of tools that will be available to students, according to the university.

In addition to the new bike repair shop, bike paths have been added to make it easier for students to walk, cycle, or ride a scooter through campus.

“They said we don't feel like we have enough bicycle facilities here,” May said. “We did a mobility plan and we said, ‘well, we need bike racks, we need pathways, we need that kind of stuff.’”

May said they also learned through the plan that the campus actually had enough bike racks, but found many broken bikes just sitting in the racks.

The university’s goal is that bike riding will be something that is embraced across campus.

She said the project embodied all that Bradshaw advocated for across the city.

“The community came together and they said, 'this is who he is, this is what he did,' and that's what we wanted to bring to the university,” May said. “We wanted that to be part of what we are.”

Bradshaw said he’s proud his son’s legacy will live on through the new bike repair shop.

“He has a five-year-old son whose name is Valentino. And one day, I plan on him going to this university and being able to walk over here and see his father's bicycle shop named after him,” he said. “I'm thinking he's looking down and blessing us for being able to honor him.”

RELATED: Even after death, beloved cyclist continues to give to his community