Saharan dust has traveled all of the way across the Atlantic Ocean and will be in the air around San Antonio early this week, but how will it impact us? 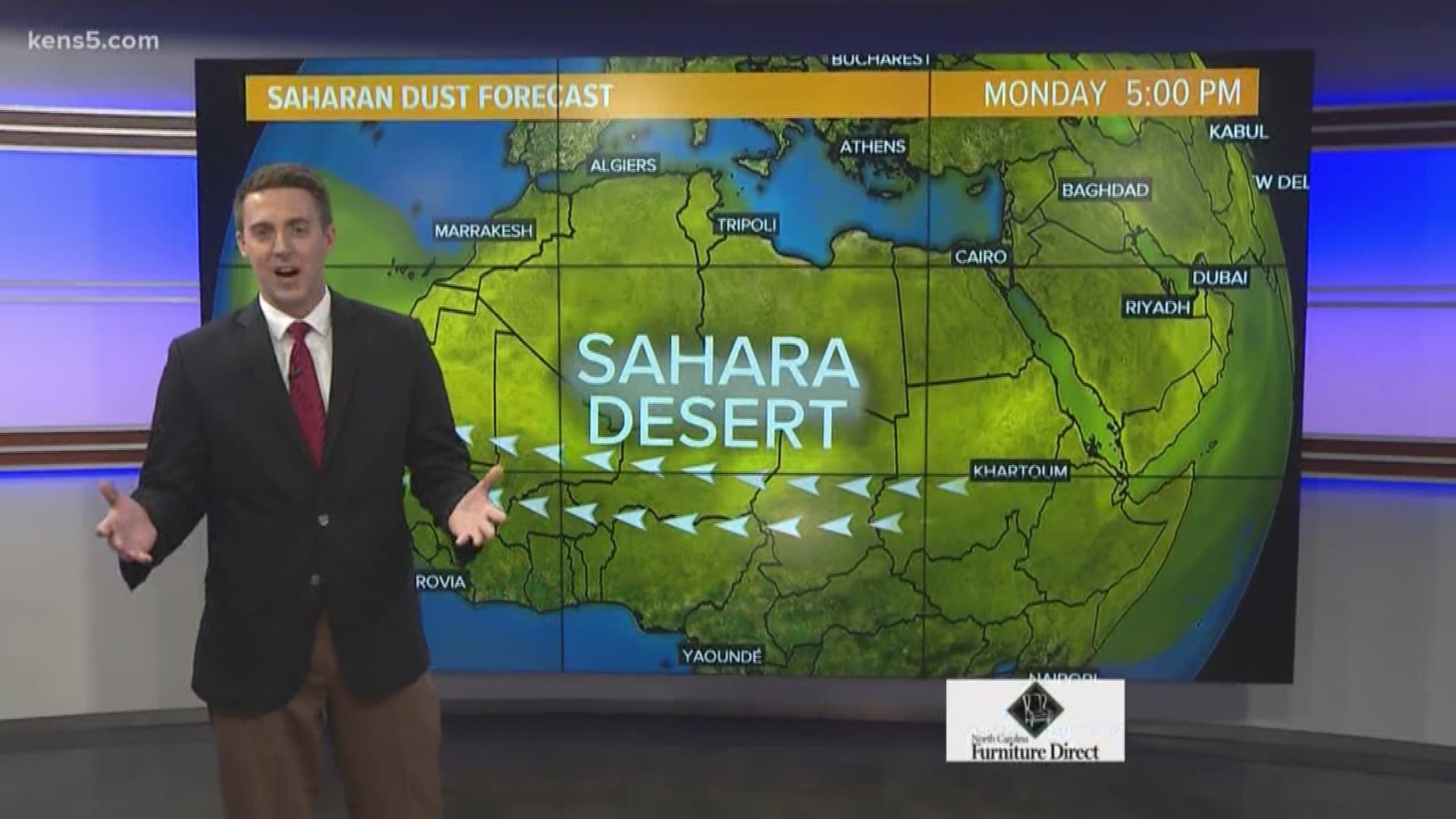 SAN ANTONIO — Saharan dust makes a trek across the Atlantic Ocean multiple times each year and has a lot of benefits to it, but unfortunately, it also has a lot of negative impacts.

So, what is this "Saharan dust?"

Scientists with the Department of Atmospheric Sciences at Texas A&M said in an article the dust is composed of sand and other mineral particles.

Wind blows across the Sahara Desert in the summer months while there is an increased amount of heating in the region. The wind blows the Saharan dust over the Atlantic Ocean and sometimes that plume of dust will reach Texas.

For this week, a large plume of dust has made the trip across the Atlantic and will be impacting us.

There are good and bad things about Saharan dust.

The good things about Saharan dust:

Change in weather pattern could bring rain in long-term forecast

Current climate change is something not seen in 2,000 years, study says

The bad things about Saharan dust:

If the dust is having a negative impact on you this week, don't worry, it won't be around for long. The dust is expected to move out of our region later this week.

If you want to take advantage of some of the positives with the dust this week, be sure to head outside with a camera around sunrise/sunset to get some great pictures.

Be sure to send your photos to KENS 5 through Facebook and Twitter, and use the hashtag #kens5eyewitness.

Longhorns, Aggies both near the top of the AP preseason poll

Tony Bennett to perform in SA in October