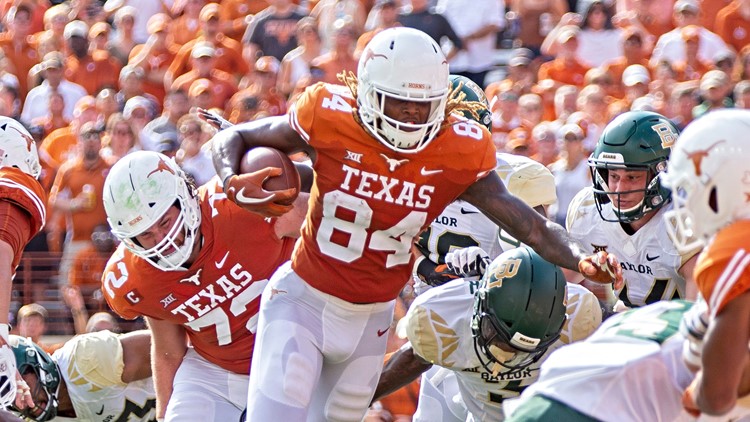 Longhorns, Aggies both near the top of the AP preseason poll

AUSTIN, Texas — The Longhorns and Aggies are neck and neck near the top of the college football rankings.

The list shows the University of Texas in the 10th spot, while Texas A&M is in the 12th spot. Sports insiders said there are high expectations this season of both teams.

It could be a tough season for the Aggies. Texas A&M is on the schedule to play the preseason top three. But, it is an opportunity to pull off some upset wins and put them in playoff contention.

The good news of a top ten ranking for Texas comes at a time when the UT community is mourning the loss of one their greatest players. Running Back Cedric Benson was tragically killed in a motorcycle accident Saturday.

Clemson clenched the top spot in the rankings, with Alabama trailing just behind in the second spot. Oklahoma is the only other Big 12 team besides Texas in the top ten. OU landed at number four.

RELATED: The Texas Longhorns are the top trending team on StubHub