One of the girls told police that Lorraine Garza had left them at home since June 3 and never returned. Officers say neighbors had been feeding them. 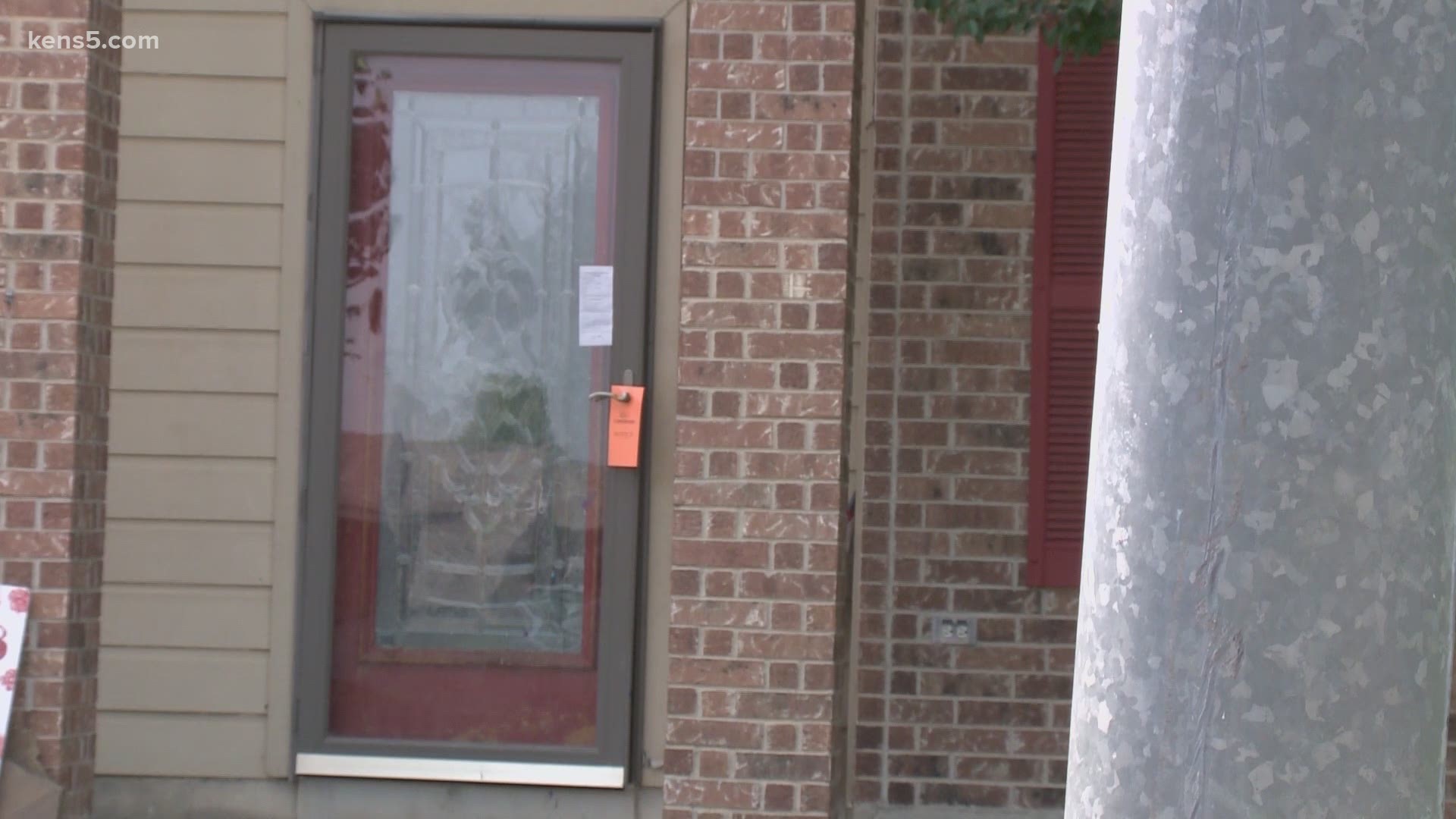 CONVERSE, Texas — A 45-year-old woman was arrested, accused of abandoning her three adopted children in a bug infested home without food or water, an arrest affidavit says.

The suspect has been identified as Lorraine Garza who was arrested June 14. The Converse Police Department received reports of "abandoning or endangering a child" at a home in the 7500 block of Copper Cove. When police arrived, they spoke to a couple who had been taking care of three girls. They said for the past 10 days, they had been feeding the girls and letting them shower in their house. The girls' ages are 15, 13 and 11-years-old.

One of the girls told police that Garza had left them at their home in the 8300 block of Copper Glen since June 3 and had not returned. She said Garza took the only cell phone they had and they were unable to contact her. The affidavit states Garza was living in a motel somewhere with their 9-year-old brother.

One of the girls agreed to take a sergeant inside their home. When he entered, he was hit with a strong odor of spoiled food or trash. He observed ants, roaches, other bugs and animal feces inside the home. The girl told police that neighbors had given them gallons of water to drink and wash themselves up. The sergeant says he saw soiled clothing and trash throughout the residence. When he opened the refrigerator and freezer, the food was spoiled.

The affidavit states that the air conditioning was also broken and the temperature inside the home was “extremely hot.” The sergeant says the heat had become unbearable and asked the girl to continue the conversation outside. The outside temperature showed to be 98 degrees that day.

KENS 5 spoke with a neighbor who has helped the girls in the past and witnessed the neglect for awhile. She said the family has lived there since 2015 and since then, there have been issues. Puckett says Garza was rarely home and she would see the kids out at night.

"I only had been in that house one time and that’s when the kids asked me and a couple of neighbors to go in and make sure nobody was in there. And it was pretty bad," recalled Kyna Puckett.

She said she has bought groceries for the kids and gave them water before.

"They came over and asked if they could use the water-hose. Mostly, to just rinse off," said Puckett. "I hope that she gets her rights terminated and lets those girls find a home where they’re loved and cared about. Because they’re not. Not with her. Not at all."

The Texas Department of Family and Adult Protective Services was contacted and emergency removal of the girls took place, the affidavit states. A CPS spokesperson said the children have been placed in a new home and the courts will decide who will ultimately, have custody.

Garza was charged with Abandoning or Endangering Child.