Nearly a year after the multi-county pursuit that ended in the K-9 being shot to death, new details are coming to light. 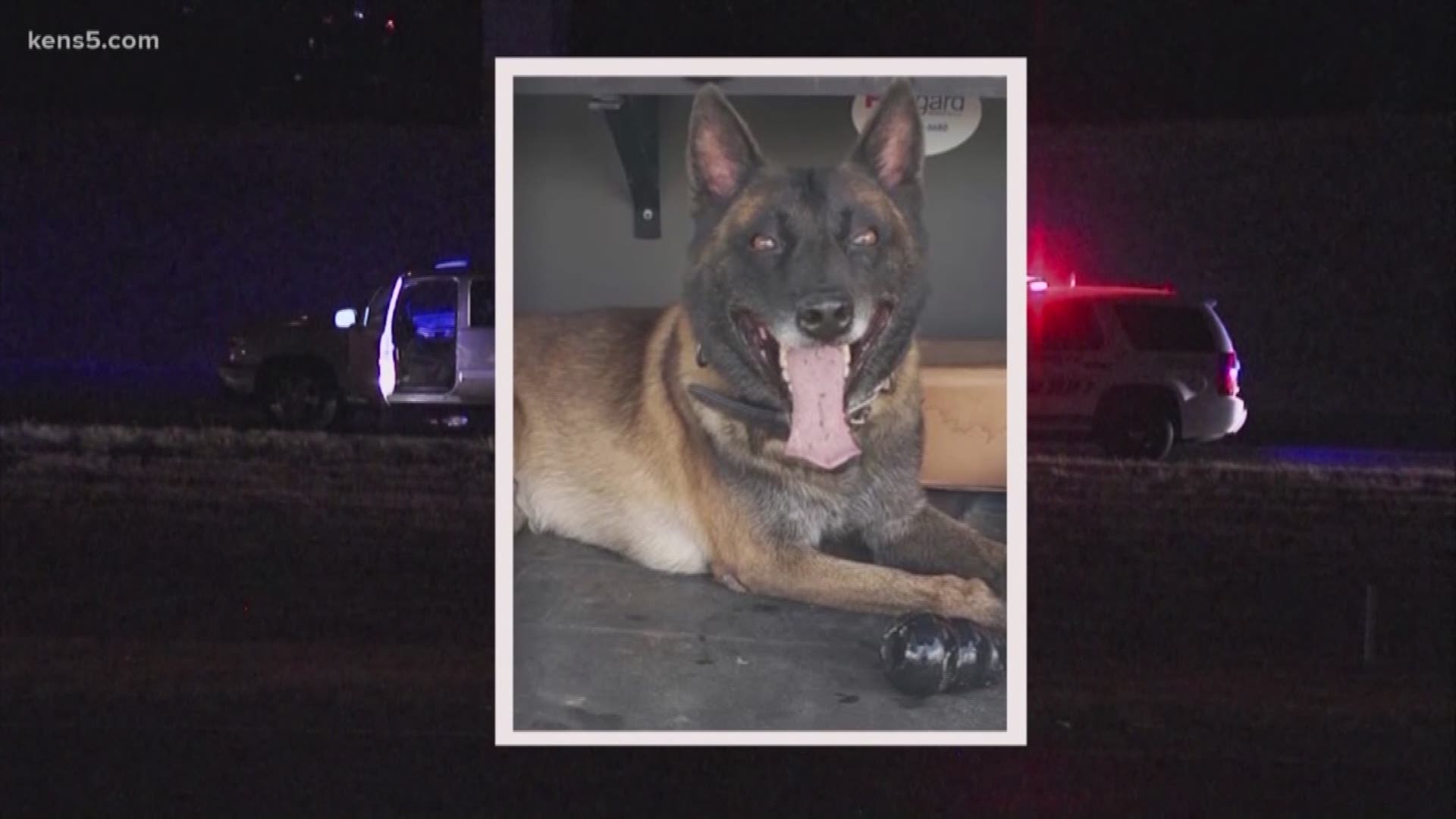 SAN ANTONIO — Nearly a year after a Bexar County Sheriff's Office K-9 was killed during a law enforcement pursuit of a suspect, a necropsy report is shedding more light on the incident.

The report shows the 5-year-old Belgian Malinois died from a single gunshot wound to the thorax, which is essentially the chest. It also suggests the K-9 was shot at fairly close range, and from behind.

Still, BCSO officials insist the suspect, Matthew Mireles, shot the dog, and that Chucky was not hit by friendly fire from the deputies shooting behind him.

Mireles is accused of leading law enforcement on a multi-county pursuit in January. The chase ended with Mireles walking around on Loop 1604, allegedly pointing his gun at officers before firing at them. Chucky was set loose to subdue Mireles, but he wasn't wearing protective gear.

Mireles was later shot by deputies; his attorney said he was having a mental health episode at the time. He's set to go on trial next year.