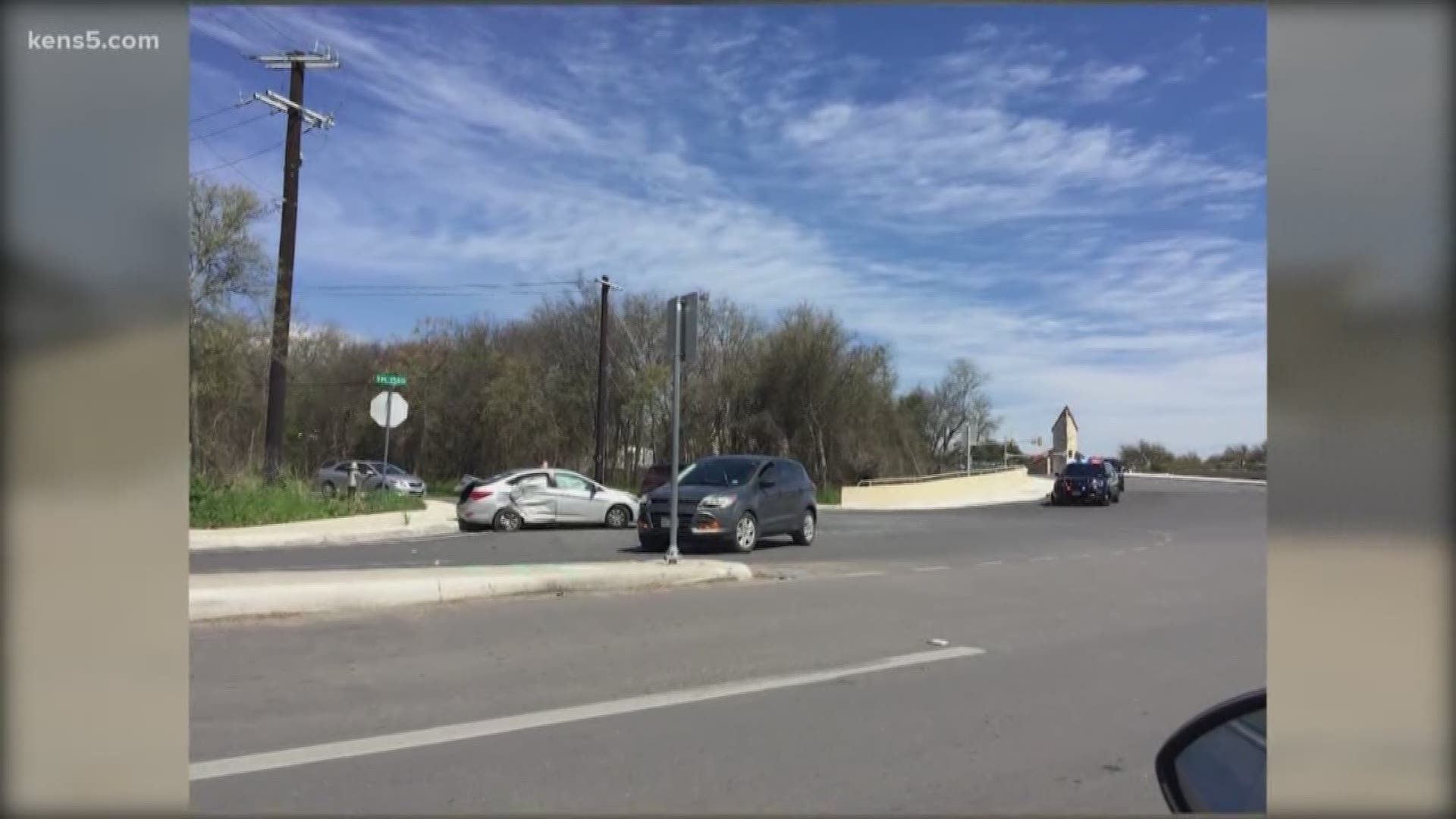 HELOTES, Texas — Neighbors in Helotes are demanding action for what they call the death curve.

Jeanette Enriquez travels through the intersection every day to attend mass at the Our Lady of Guadalupe Catholic Church.

“You're kind of scared to death,” she said. “They’re coming so fast around that corner.”

Enriquez said she is nervous to make a right hand turn from Riggs onto FM 1560 because it’s hard to see drivers speeding down FM 1560. “Somebody’s really going to die in that intersection, and it’s going to happen,” she said.

Enriquez joined her neighbors Monday in a meeting held at Our Lady of Guadalupe organized by the COPS/Metro Alliance. The purpose of the meeting was to demand action from TxDOT to make changes to the intersection.

“There’s a hope that a solution will be done right away because the accidents are not being delayed. They are happening now,” meeting organizer Catherine McCoy said.

Neighbors voiced their concerns about the dangerous curve that they say creates a blind spot and makes it hard to see drivers coming around the corner.

They said Helotes is such a fast-growing area that drivers are avoiding congested 1604 and taking FM 1560 as an alternative, and driving way too fast through that intersection.

Neighbors were upset at this solution because they said it would prevent them from taking the shortest route to their homes. They then split into small groups to come up with some short term solutions that were agreed upon by TxDOT.

McCoy said in the next week, trees will be trimmed in the area and more signage will be added warning drivers of the blind curve. She said the community will meet with TxDOT again in three weeks to discuss some long-term solutions.

Family asking for prayers to father-to-be struck by lightning