All-Star Student: East Central ISD Senior is a champion in the classroom and force on the field 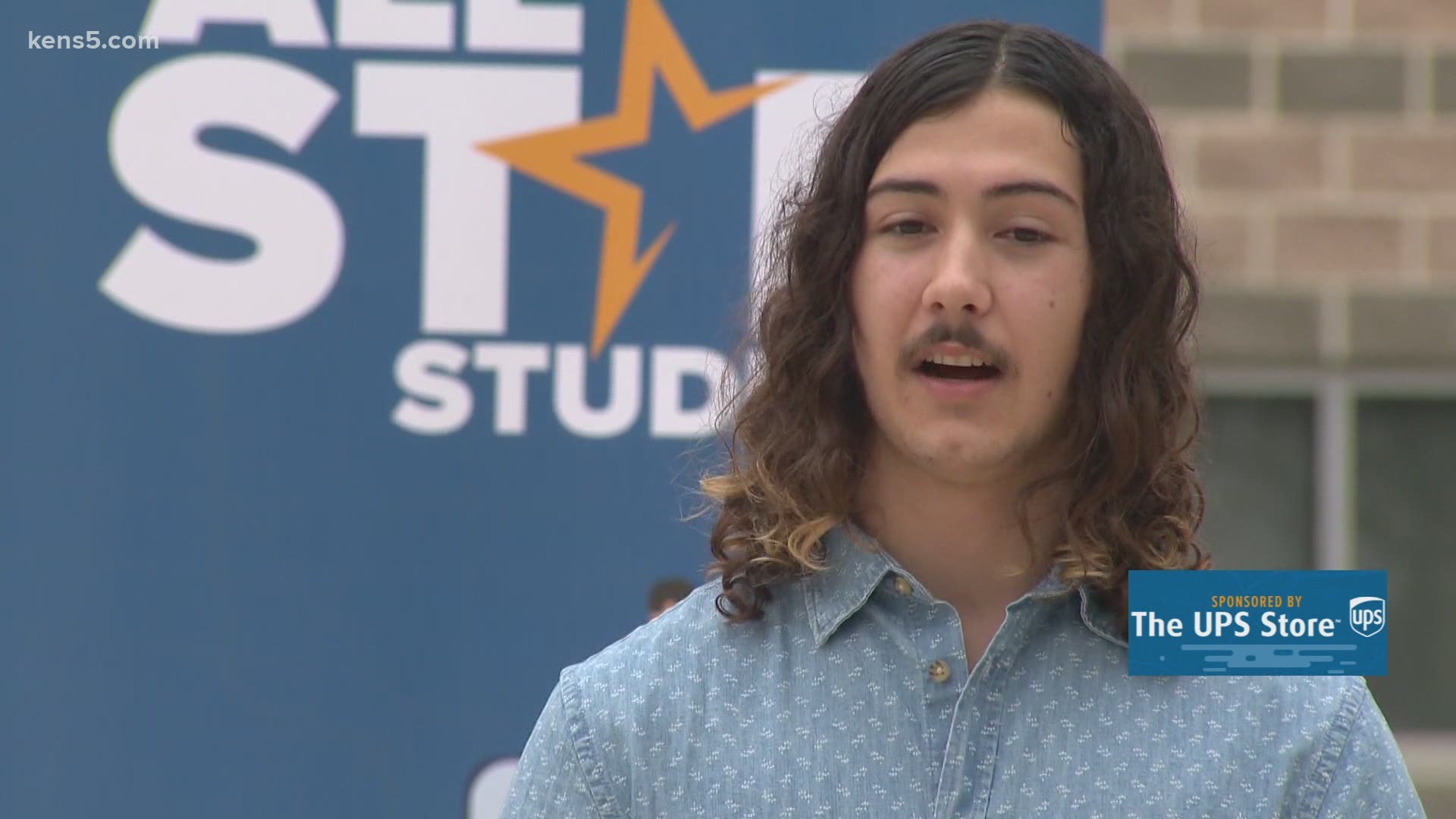 SAN ANTONIO — An East Central ISD Senior is shining in the classroom and on the field, but his teachers said it’s his overall outlook that sets him apart.

“He one of those kids who never has a bad day,” said Joe Hubbard, Head coach of the football program at East Central High School.

Teachers and staff at East Central High said Christian Luensmann is a leader in the classroom.

“He's a student that every teacher wants to teach,” said Christy Luis, a calculus instructor. “To him, his grade is not the most important thing. It's the learning that matters to him.”

Christian is in Luis’s Advanced Placement Calculus BC class; she said, despite the rigorous course load, Christian maintains an eagerness to learn.

“He asks questions that are vital to really understanding the material,” Luis said.  “He’s always asking questions outside of class, doing practice that’s necessary, and then just really being that student in class that leads that conversation.”

Christian said the path to achieving the No. 1 rank in his senior class hasn’t always been easy.

“There was a point in my academic career when I really struggled with my anxiety, I think it kind of stemmed from just the fact that I thought that I had to be perfect,” said Christian.

He said with counseling, he was able to overcome the anxiety and continue to find success.

“It kind of helped me to realize that I had to put things into perspective in my head, that maybe if I didn’t get a 100, this wouldn’t be the end of the world,” Christian said.

And, while he’s a champion in the classroom, Christian is also a force on the football field.

“To see him grow and develop and grow into one of our great leaders on our football team has just been amazing,” Hubbard said.

Hubbard has coached Christian for four years, and said he is always volunteering to mentor and help his younger teammates.

“He’s just an outstanding young man,” said Hubbard.  “He’s very talkative and likes to have fun, likes to laugh, likes to tell jokes, and so those guys have great camaraderie and interaction and Christian leads a lot of that.”

Christian said he is competitive, but mostly he’s just competing with himself.

“If you're going to love your neighbors, then by showing that love, you have to be just as happy for somebody else accomplishing something as you would be for yourself,” said Christian.

Those are just a few reasons that Christian Luensmann is a KENS 5 All-Star Student.

Ebony Lambert with the UPS Store off FM 78 presented Christian with the All-Star Award.

“I think whatever Christian decides to do beyond this, he's going to do great,” said Luis. “He just has that passion.”

Christian said he will be attending the University of Texas at Austin next year and will be studying Biology.