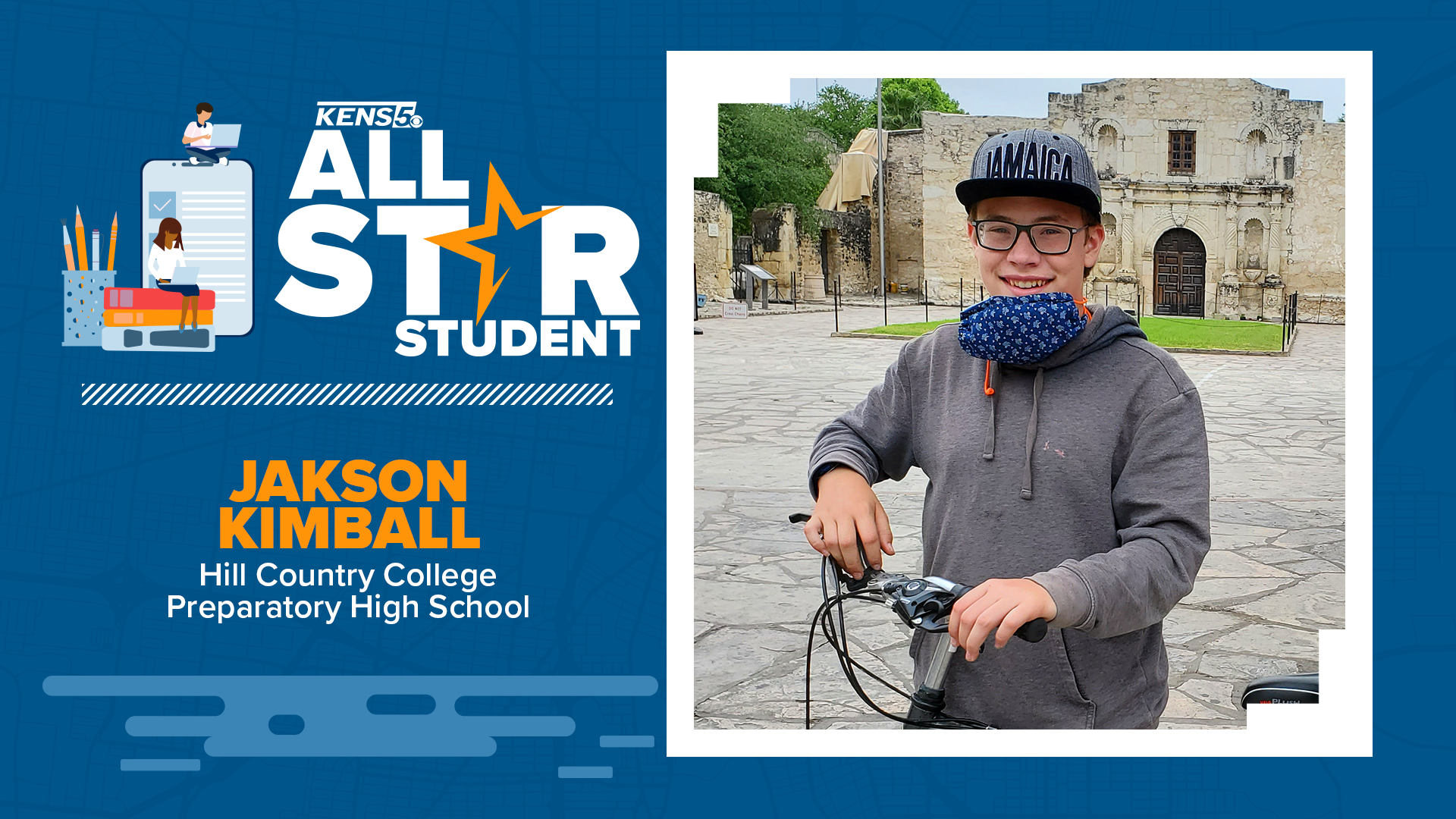 SPRING BRANCH, Texas — It’s the first year that Hill Country College Prep High School has been open in Comal ISD, and one 9th grade student is already standing out for his kindness and dedication to helping others.

School leaders said that Jakson Kimball is a leader and role model to his peers.

“He’s always the student who’s going above and beyond to make sure everybody has what they need and everyone can be successful,” said geometry teacher, Kendi Quidachay.

School principal, Julie Wiley, said that many students are still learning remotely, and Jakson has taken it upon himself to ensure those students learning from home are always included.

“He really has stood out as a leader on our campus,” said Wiley.  “His moral compass is something that I have always said is mature beyond his years.”

Jakson also dedicates time to helping others outside of school like volunteering for Meals on Wheels.

“The two words that I would use to describe him would be a leader, and definitely service. He’s always looking for a way to be of service to others,” said Wiley.

But Jakson said he doesn’t like to talk about himself.

“I don’t really like a lot of the attention focused on me,” he said.

“I love playing guitar. I do art, and I’m a huge car geek,” said Jakson.  “I absolutely love cars.  Ever since I was a little kid, I always had something with wheels in my hands, and instead of having a stuffed animal like other kids, I had a car and would carry it around everywhere.”

Jakson’s teachers said he excels in the classroom as well as his hobbies.

But it’s that outstanding quality of selfless service that makes the oldest sibling of five, stand out.

“He’s a really cool kid to watch grow and watch learn because he does kind of improve the environment around him just automatically by being who he is,” said Quidachay.

That’s just one reason why Jakson Kimball is a KENS 5 All-Star Student.

Jeff Annetz with the UPS Store in Spring Branch presented Jakson with the All-Star award.

“It’s incredible that somebody at this young age has those skills to really take ownership of their own learning and they say, ‘I know what I want to do.  I know how to be successful,’” said Quidachay.  “Jackson is one of those kids who really has it figured out.”