A local wrestling organization gives fans an up-close-and-personal experience to the sport they love. 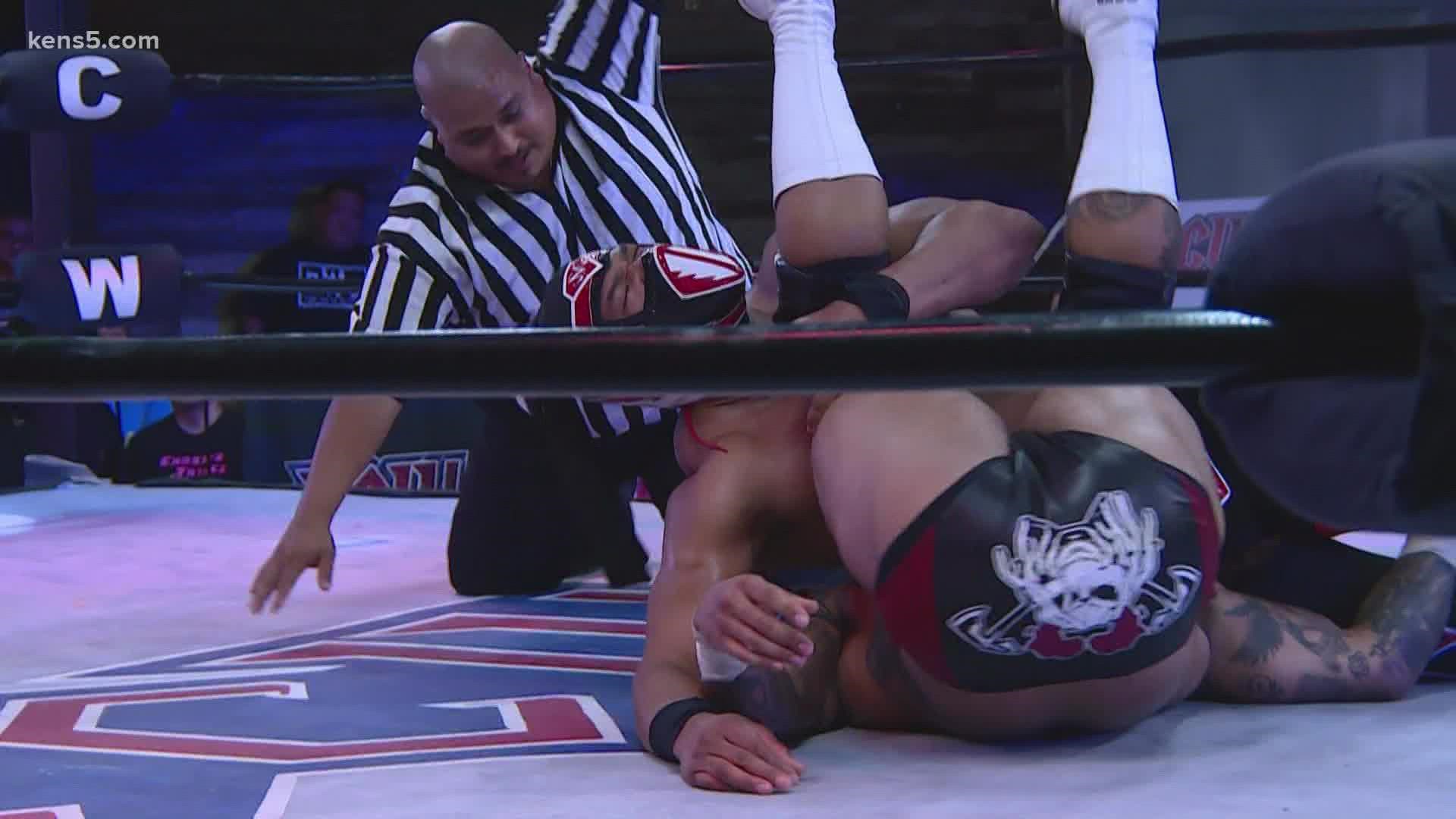 SAN ANTONIO — "River City Wrestling has been around San Antonio for 20 years. We have had wrestlers go to the big time, then have had big-time wrestlers come to RCW," says Brandon Oliver, an RCW promoter.

River City Wrestling is a San Antonio-based organization which gives fans an up-close-and-personal experience to their favorite sport.

"It's just the excitement, and the crowd involvement is great," said Patrick Floes, a River City wrestling fan and sponsor. "You get to support these guys and shout in their ears, and cheer for them as well."

Not only is RCW great for the fans, but it gives local wrestlers the opportunity to do what they love, all while getting exposure to elevate their career.

"I've had the opportunity to wrestle a lot of big names in women's wrestling, It's been super fun, a lot of hard work, but it definitely has paid off," said Christi Jaymes, women's champion with River City Wrestling Phoenix.

"We've had talent move up from RCW to WWE or AWE; for example, Keith Lee and Sammy Guevara," Oliver added. "There have been some other talent too, and some of the guys are already on some of those television channels."

"They have a lot of quality talent that are going to make it into the big times pretty soon," said Flores.

While the talent is working on making it to the big times, they can enjoy the love and support they get from their local fan base.

"When the fans are here, you feed off of it, everyone, it's just so intense. It's amazing," said Jaymes.

"Our fan base is really rabid," Oliver said. "They will follow us anywhere in town. They show up strong, we sold out every seat tonight. They love it, they constantly want RCW shows."