A local coach made his dream into a reality as he created a company for athletes to receive attention from college scouts. 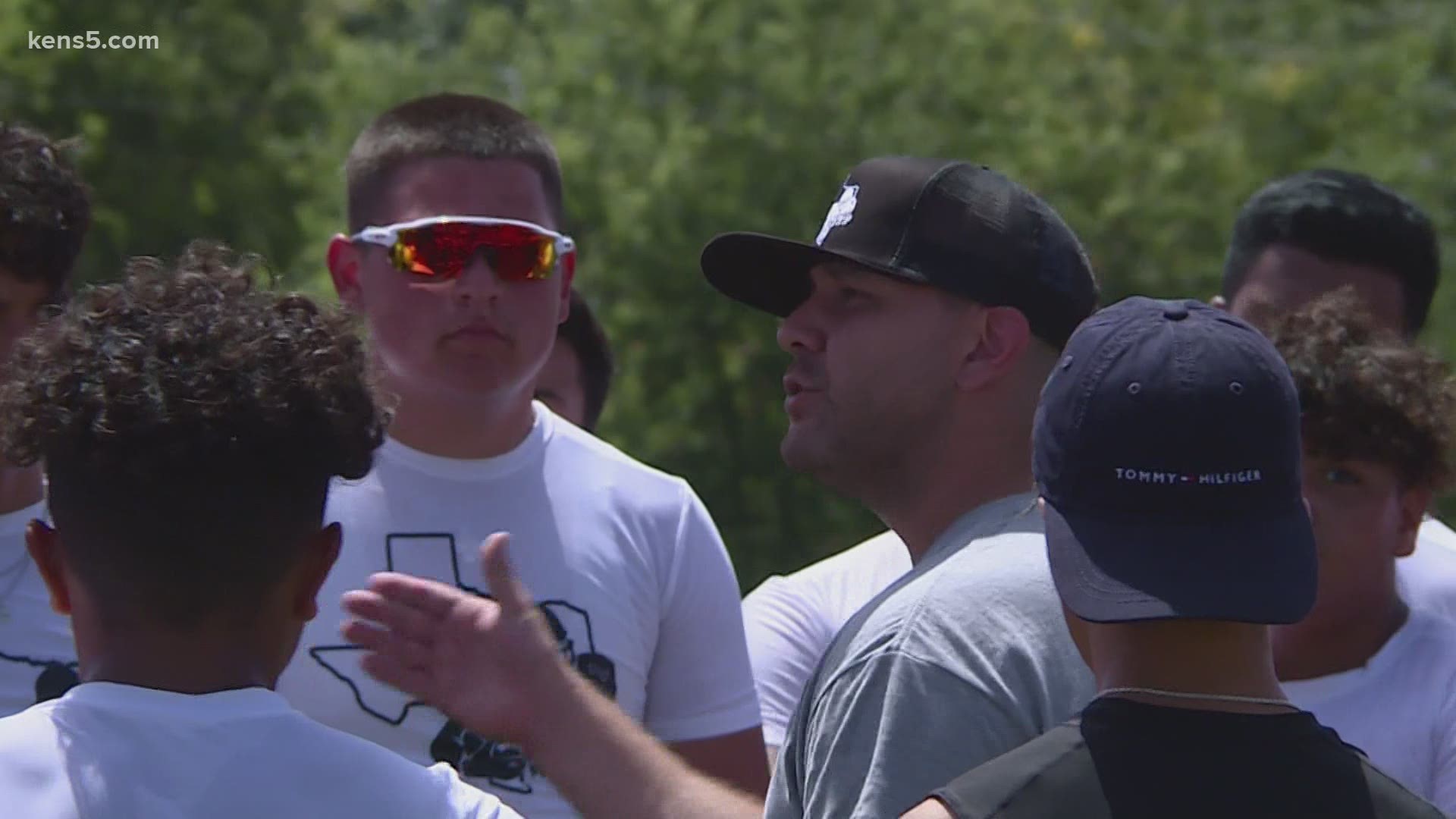 SAN ANTONIO — "It's about finding those diamonds in the rough and get those kids in the community noticed by college scouts," said Steven Torres, creator of Texas Top Prospects.

There is no off season, a phrase known by athletes that are trying to advance their athletic careers to the next level.

"I think it's great what Steven is doing, he's making it possible for everyone to get a shot at it, said Andrew Abramson, linebacker for Cornerstone Christian Schools.

"It's a really great thing. Especially us in San Antonio, we don't get a lot of eyes that look at us. But with coach Steve, he makes us go to work, work harder, get the exposure, he's a great coach," said Andy Cuellar, offensive lineman for Thomas Edison High School.

Steven Torres had a vision that he turned into reality. Give all athletes the opportunity to be exposed to college recruiters, no matter where they come from.

"These athletes don't have combines to go to and they don't get exposed to what a college combine could be or is and we want to give the kids in our area that opportunity with us," said Torres.

Texas Top Prospects is a fairly new company here in San Antonio, but is already becoming popular with athletes and their families.

"All of us came out here working hard, especially the O-line and D-line," said Cuellar.

"It means everything that there is someone out there want the best for you and fighting for you, and just wanting to give you a chance," said Abramson.

A chance that could change their life forever.