The Pulse of the fan base: Lonnie Walker IV, Derrick White not living up to fans expectations

Are fans thinking the team can turn around the season? 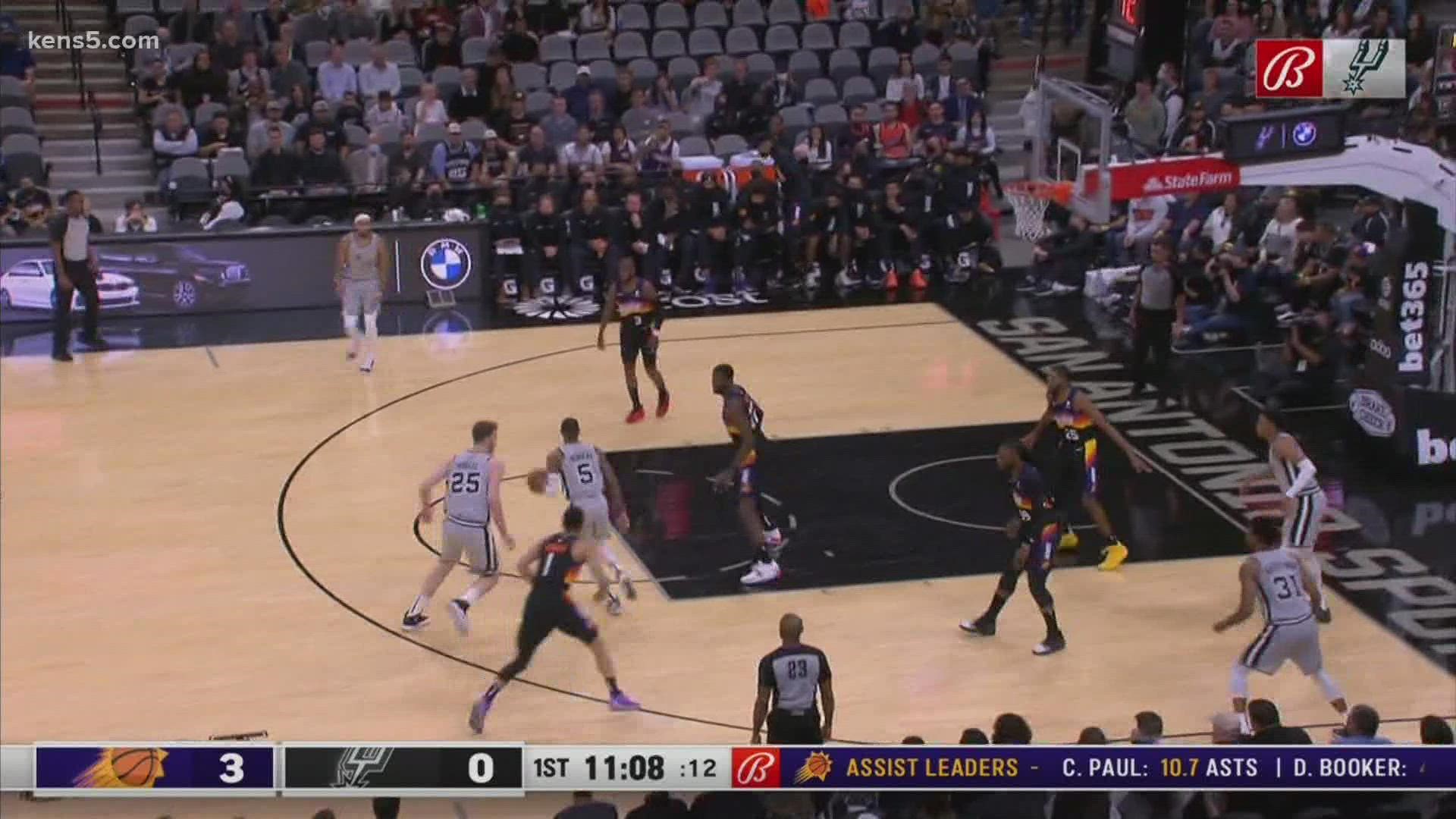 SAN ANTONIO — The Spurs' 2021-22 season is underway and the team is off to a 4-12 start. The team will next host the Hawks Wednesday night and look to snap their five-game losing streak.

Ahead of the game, we speak with our go-to Spurs fan, Marquez Anderson, to give us the pulse of the fanbase on a new feature here at KENS 5: "The Pulse of the Fanbase."

From fans' expectations of players to whether or not the team can turn around the season and more, here's what Marquez tells us about what is on the minds of the "Silver & Black" faithful.

Are Spurs fans already thinking about tanking the season?

I think most fans have accepted the fact that this team will not garner many wins.

This season is all about development and evaluating who is worth bringing back next year. Several players have already started to separate themselves from others on the roster which has been positive.

There is a lot of high-end talent that will be available in this year’s draft so losing is not necessarily a bad thing.

Which players are not living up to expectations in the fans' eyes?

I think Lonnie Walker IV is someone many thought would break out with additional opportunities. However, that just has not been the case so far this season.

He has improved in some areas, but his inconsistent play is still present. With this being a contract year, the majority of fans were expecting him to be more aggressive on both ends.

That just hasn’t materialized at this point but there still is time.

Derrick White has also not been his best to start the year. He’s had some good games here and there, but he’s also had his fair share of forgettable performances.

Are there any positives the fans talk about?

Devin Vassell and Jakob Poeltl have taken significant leaps and look to be two players that should be a part of the roster moving forward.

Murray has also taken his play to another level and already has multiple triple-doubles this season. All three have been vital in the team’s victories, and their progression as players has been fun to watch.

Do fans believe the team will turn it around or are they settling on a losing season?

Again, I think a losing season is what is most realistic at this point. This roster is missing talent, and a top pick in this year’s class will go a long way in rebuilding.