3 dead after early-morning crash on far west side, SAPD says

Three people were killed after a major crash on the far west side early Sunday morning, according to SAPD. The victims' ages ranged from 37 to 84 years old. 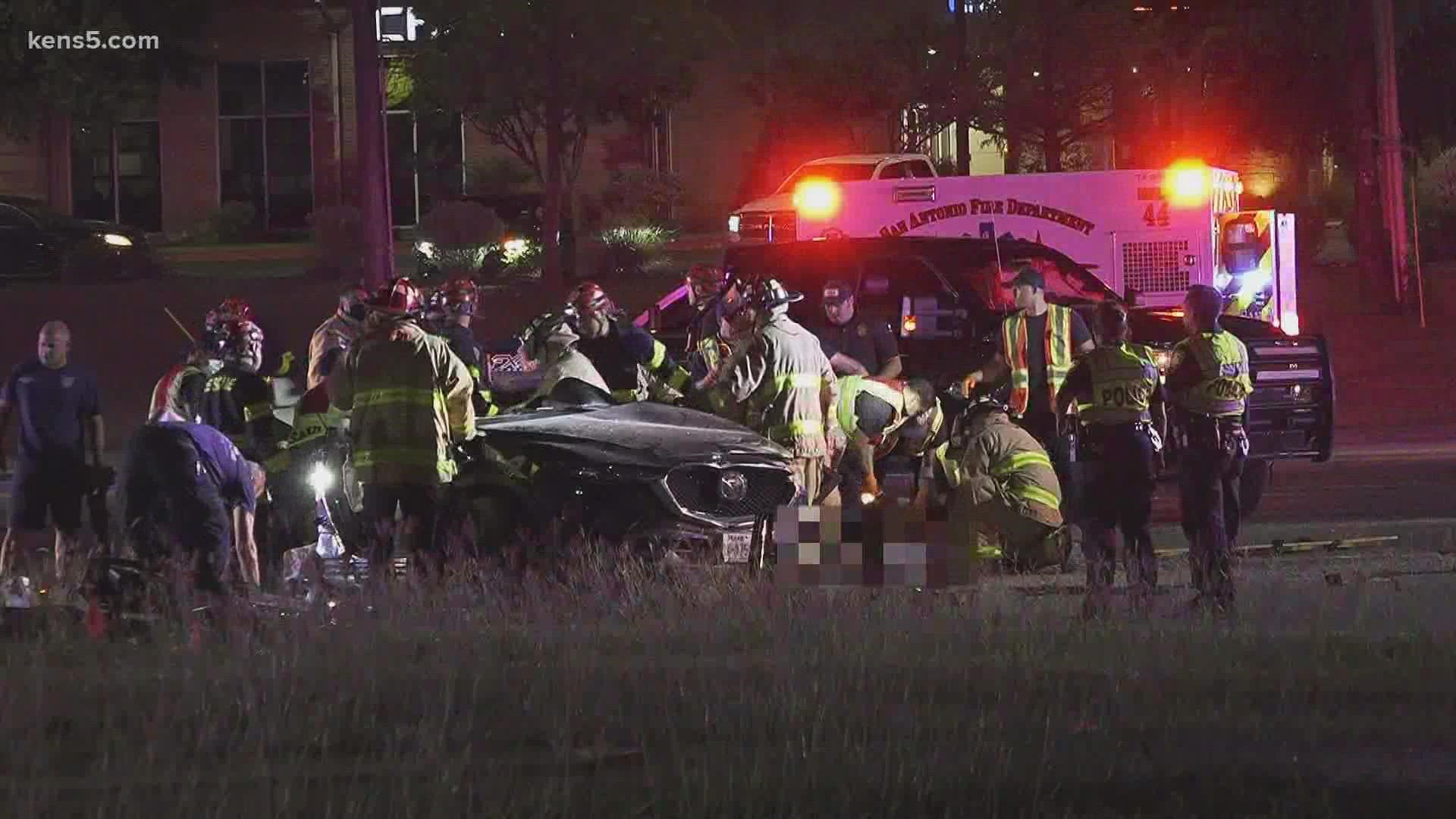 SAN ANTONIO — Three people were killed after a major crash on the far west side early Sunday morning, according to San Antonio authorities. The victims' ages ranged from 37 to 84 years old.

The wreck unfolded around 1 a.m. when an SUV with four occupants heading eastbound on the 1604 access road was struck by another car. Authorities say firefighters were able to use the "jaws of life" to cut into the SUV and remove two people.

Authorities say another passenger, a 41-year-old woman, in still hospitalized with serious injuries.

The Medical Center Health System in Odessa posted on behalf of the system and the Ector County Hospital District Police Department, stating they "are mourning the loss of Sgt. Daniel Valenzuela Jr." The post went on to say the other two victims were Valenzuela's father and grandmother.

Police had to close the intersection of 1604 and Culebra for several hours while they investigated. SAPD officials added the suspect in the other vehicle did show signs of intoxication. He was taken to a hospital and is expected to be OK.

On Monday, the suspect was identified as 17-year-old Elijah James Montalvo. His charges include three counts of Intoxication Manslaughter with a $700,000 bond, records show.