Sofia Ramirez is not San Antonio's version of Greta Thunberg. But she could be the next Norah O'Donnell. 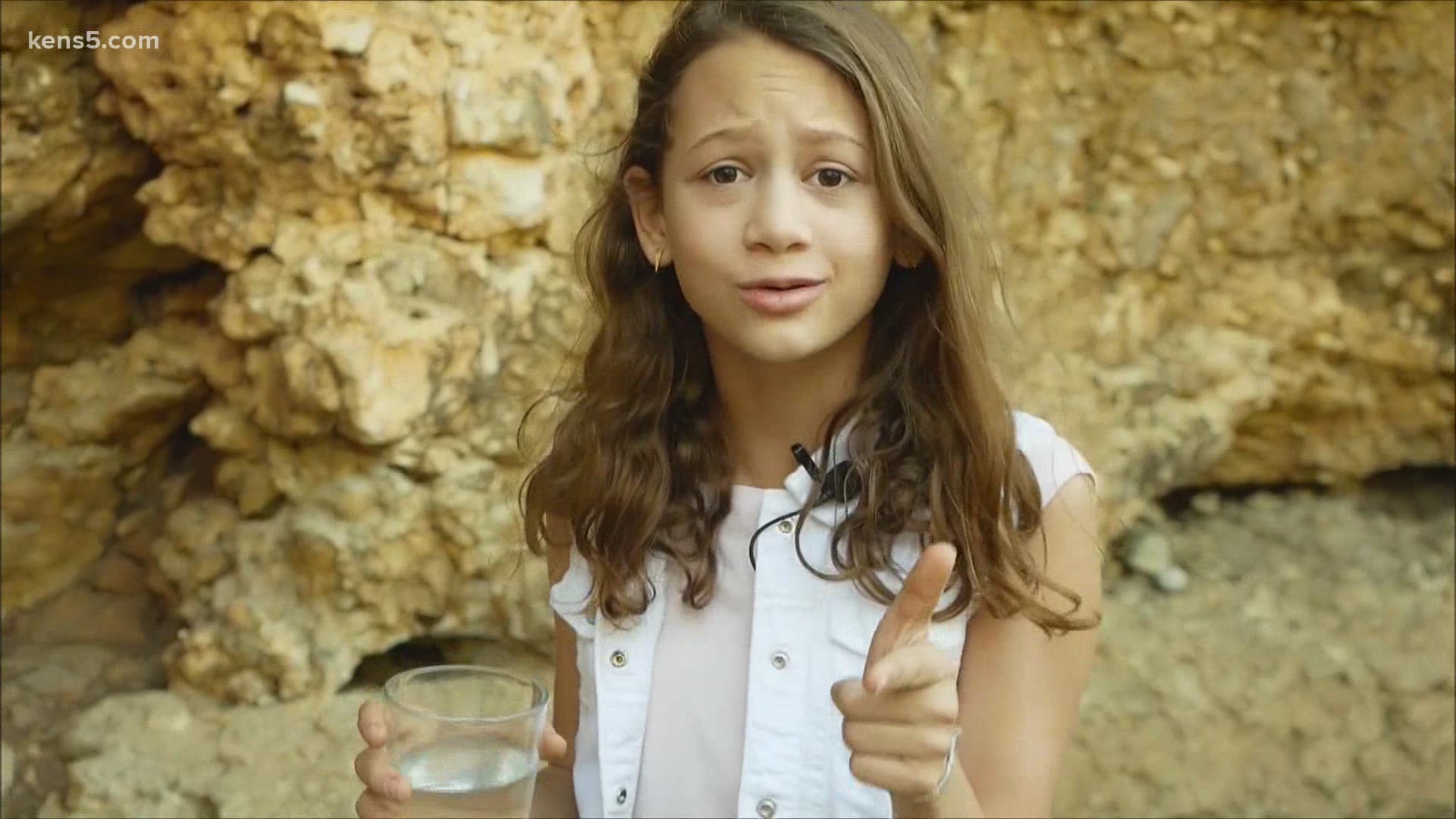 SAN ANTONIO — Everything is on the table for Sofia Ramirez. Everything. She's a sixth-grader who, hopefully, has her whole life ahead of her.

"She's trying to kind of learn everything to see what might keep her most focused," Annie Ramirez said.

Nailing down a career path for a 12-year-old girl may be asking a bit much, especially when she's into quite a few things.

She likes theater, playing the piano, singing, movies, robotics and writing. There's another thing that sticks out.

The Nimitz Middle School student put her love of cameras and writing to the classroom assignment test by entering a statewide video contest.

She submitted an entry to the Texas Commission on Environmental Quality's 'Take Care of Texas' Contest.

With some assistance from her father, Daniel, Sofia put together a 30-second spot highlighting the need to take care of our water.

"People are working hard to clean the (Edwards) Aquifer," she said. "Awareness is starting to go up."

Sofia thought with a bit of humor and a splash of personality; she could illuminate Texans in a relatable way. Complete the class challenge was the goal.

"When I saw those clips, I know it was going to be amazing,"  her mother said.

Her father made it clear Sofia was the producer, the talent and the boss.

She won. Sofia grabbed the top spot in the sixth-grade category beating out students from across the state.

But the camera-loving STEM Academy student is not throwing her attention toward journalism, yet.

She's content with loving dogs, drawing, anime and family until this career thing comes into focus.

That's good news for CBS news anchor Norah O'Donnell who could be challenged in the field someday by Sofia Ramirez.