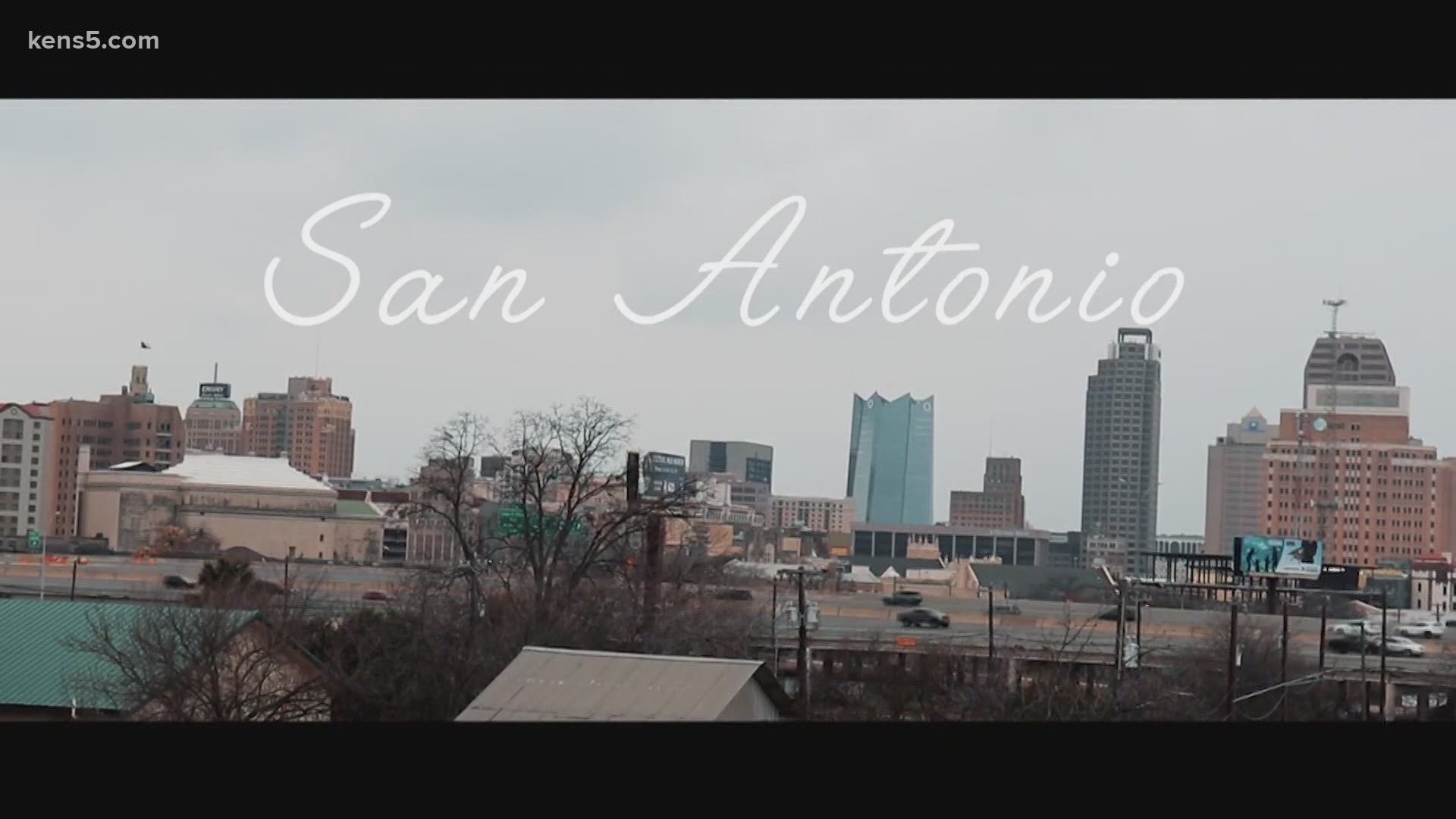 SAN ANTONIO — The audio and visual production class at John Marshall High School opens doorways of possibility. It's a Career and Technical Education (CTE) program for 11th and 12th graders to start getting a handle on storytelling through media.

"The world we live in now is all told through, you know, social media – or just media in general," Adam Rocha said.

Rocha, a filmmaker, teaches 130 students who populate six classes. Three of his kids showed interest in a local film contest.

"The subject is about the city," he said. "I love San Antonio."

"The only way I describe myself is outside the box," Alaniz said.

Showcasing San Antonio as a World Heritage City is the mission of the contest. Contestants have five minutes to tell their story.

"I like to have a lot of symbolism within my films," Soleil Gallegos said.

"I've never been a person of art on paper," Kyle Ward said. "I've always been like an online type of person."

San Antonio's culture was not challenging to identify for the three.

"San Antonio is an upcoming city that has a lot of uniqueness to itself," Gallegos said.

17-year-old Alaniz said the city connected in a familial way – which is perfect for his vision.

"I see just one gigantic family," he said.

They could not ignore the city's culture and vibrancy surviving under the weight of the coronavirus.

"Whenever I stepped foot out of my house, that was the first thing that I saw," Ward said. "No matter where I went, I would always see – like be safe... COVID-19."

"For my film, I want to bring out these small businesses and help them," Gallegos said.

Even though the goal was to document San Antonio's culture, as a storyteller, Ward felt compelled to share what his city is going through.

Alaniz said he did see the resiliency of locals shining.

"People are still out and trying to do as much as they can," Alaniz said.

Ward said he saw the same thing. Gallegos said even with COVID-19 in the lens, she saw San Antonio – past and present.

"We love the modernism within our city," she said. "I'd love to get into the roots of our city – and where we came from."

The students will find out if they are winners in early May.