No citations issued for illegal NYE fireworks despite more than 1,000 calls to hotline

A spokesperson from the SAPD Public Information Office offered a statement explaining that illegal fireworks are low-priority calls for the department. 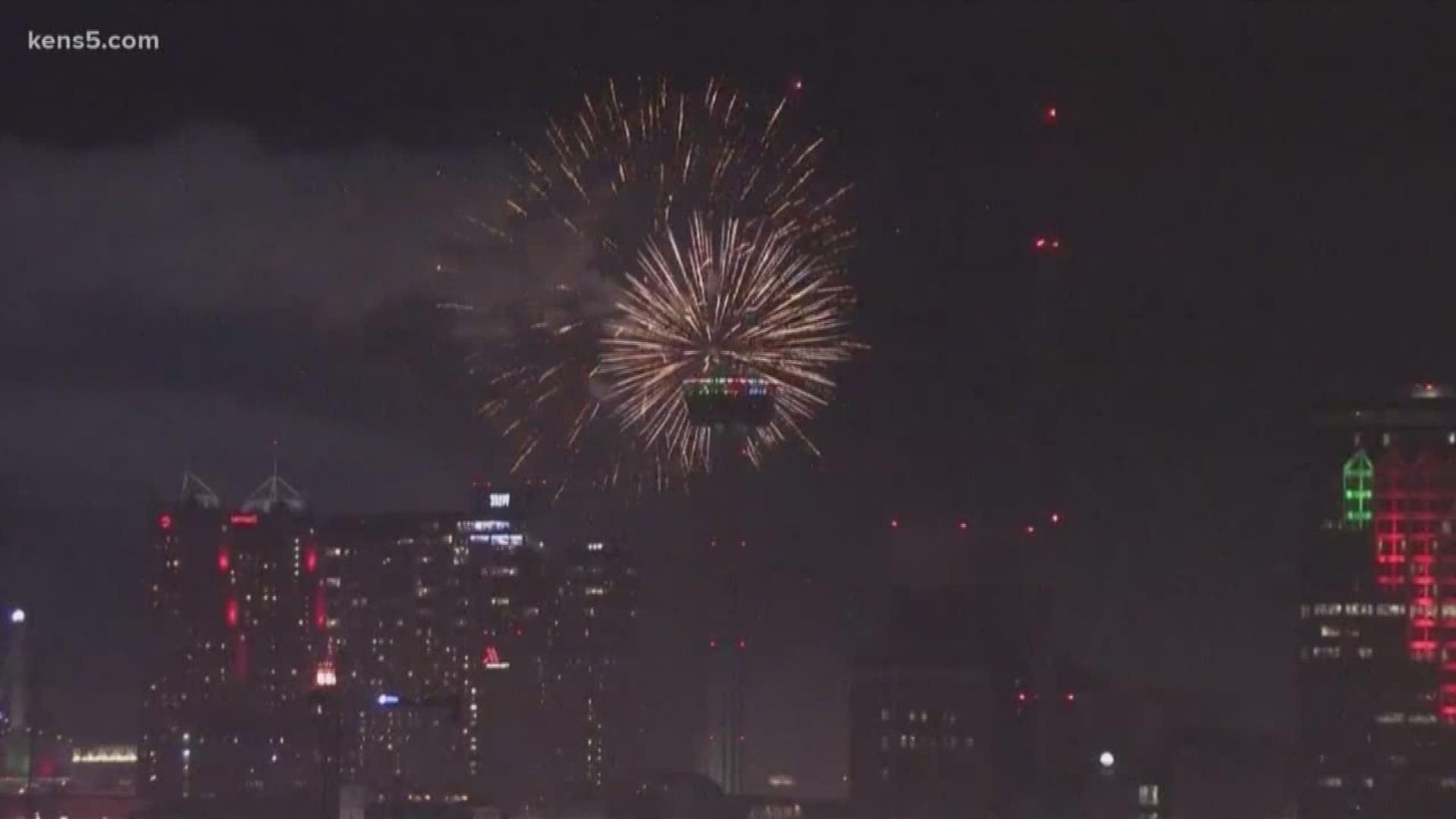 Bursts of red and orange filled the night sky as San Antonio rang in the new year. KENS 5 captured the celebration that included countless fireworks being shot off illegally around the city.

SAFD said that the hotline received 1,009 calls this year. Despite that, not a single person received a citation.

KENS 5 requested call records for the last three years and there's not much of a difference. On New Year's Eve last year, there was one citation and the year before that there were four.

Jose Salzar doesn't see the point in having a hotline.

"They tell the people about these fireworks and they still don't listen," Salazar said. "No fireworks inside the city limits, but who's going to stop them?"

He lives on Larry Street on the east side, just a few doors down from a man who's home caught fire on New Year's Eve. SAFD said a man in his sixties is without a home after fireworks destroyed the back half of his house.

Salazar said the people who live on the street behind them were setting off fireworks all night.

"I came out here and I just saw fire," Salazar said. "We didn't expect anything like this to happen."

Mayor Ron Nirenberg refused to comment on the fireworks hotline. Councilwoman Jada Sullivan, who oversees the district where the house burned down, has yet to get back to KENS 5.

A spokesperson from the SAPD Public Information Office offered a statement explaining that illegal fireworks are low-priority calls for the department:

“Calls for service are prioritized based on the nature of the call. Calls involving violent crimes, major accidents, and crimes in progress are always our first priority. Fireworks, although illegal, are low priority calls. Our calls for service on New Year’s Eve were more than double the average call amount that we receive on a typical Tuesday. Additionally, there were a number of special events (Alamo Bowl, Downtown NYE celebration) that officers were assigned to in order to ensure public safety for the large gathering of people in the downtown area. Every SAPD officer is committed to ensuring that all laws and ordinances are enforced; however, we must respond to the higher priority calls first.”

SAPD records show that 979 calls were made to the hotline. A spokesperson with the department says officers need to witness someone lighting up fireworks for them to be cited. In most cases, the displays are wrapped up by the time officers arrive.

At that point, police remind the residents that shooting off fireworks can result in a Class C Misdemeanor which can carry a fine of up to $2,000.

A spokesperson with SAFD said the majority of people are volunteers who do the call taking, while a few of them are city employees working overtime. The total cost of operating the hot line for New Year's Eve was $885.

KENS 5 is still waiting on the city to provide the annual cost of the hotline, since it's also used on the Fourth of July and Christmas.

RELATED: Fireworks to blame for house fire on the east side