What a typical Fiesta night is like for SAPD's DWI unit

KENS 5's Henry Ramos tagged along with the DWI unit to see what a typical night is like during San Antonio's biggest party. 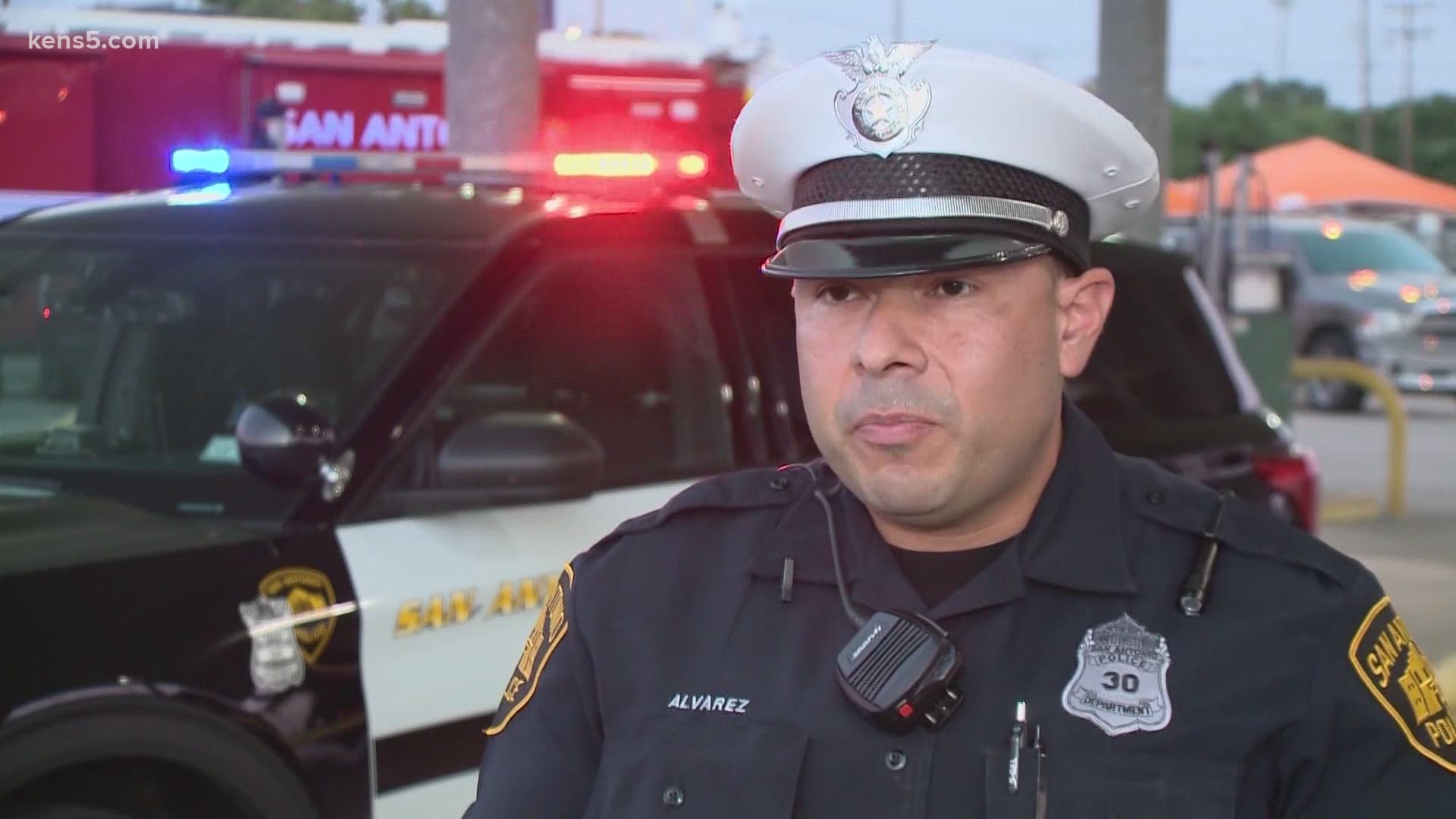 SAN ANTONIO — San Antonio Police are driving the extra mile to get lawbreakers off the streets as Fiesta continues.

SAPD Officer Tony Alvarez has been with the department for about three years. He works in the DWI unit.

"They are out there every single night," he said. "I just try to do the best I can to get them off the roadway."

Officer Alvarez said there has been an uptick in people driving drunk.

"When they opened up everything at 100 percent," he said. "So, of course people are trying to take advantage of that. They have been cooped up at home. They want to go out there and enjoy what they previously were able to do."

The SAPD DWI Unit also on heightened alert because of Fiesta.

"Being that we did not have Fiesta last year, you have a lot more people coming out and wanting to experience that again," he said. "Fiesta is a big tradition here in San Antonio and being that bars were shut down and Fiesta was canceled you see more people trying to come out and enjoy the festivities."

According to stats provided by SAPD, police arrested 13 people for DWI on the first night of Fiesta this year. In 2019, on Fiesta's first day police arrested only one person.

"Intoxicated drivers are there every night," the officer said. "And it has nothing to do with Fiesta. It is just an every night occurrence."

"Be responsible. Have a plan. Have a designated driver," he said.

KENS 5's Henry Ramos joined up with a DWI unit to get an idea of what a typical night is like as they work to keep drunk drivers of the streets. Here's some of what he saw Thursday evening.

THREAD: About to follow SAPD Officers cracking down on DWI offenders tonight. We are loading up right now. Checking out the unit. I’ll be trying to tweet as much of the journey. #kens5eyewitness pic.twitter.com/fx8KFXnvzN

Clearly, this is a busy time with Fiesta in full swing. This is the DWI Unit. A busy night ahead for these officers. #kens5eyewitness pic.twitter.com/69agemwJX5

MORE: Just wrapped an interview with Officer Tony. Listen to what he told me. ⬇️ #kens5eyewitness pic.twitter.com/Hl6nZh3sy7

FIRST STOP: A woman driver with no lights on was parked on the side of the exit off I35 North near Fourwinds Drive. Officers suspect this woman is impaired and are conducting field tests right now. #kens5eyewitness pic.twitter.com/WGxL3SURSN

MORE: SAPD tell us the woman driver was arrested and charged with DWI. They said she failed a field sobriety test. #kens5eyewitness pic.twitter.com/wlEB62itcM

Another stop. We are at the Quarry. One person is in custody. 9 passengers inside an SUV. #kens5eyewitness pic.twitter.com/ExsoAB7g45

UPDATED: ^^ 19-year-old arrested charged with DWI. Police say he told officers we was drinking earlier. He said he was also at NIOSA. 9 other passengers were in the vehicle as well! #kens5eyewitness