Family of slain mother demands justice and change at vigil

"She had a protective order, and it didn't work," said the mother of Samantha Lopez, who was shot and killed in front of her three young children. 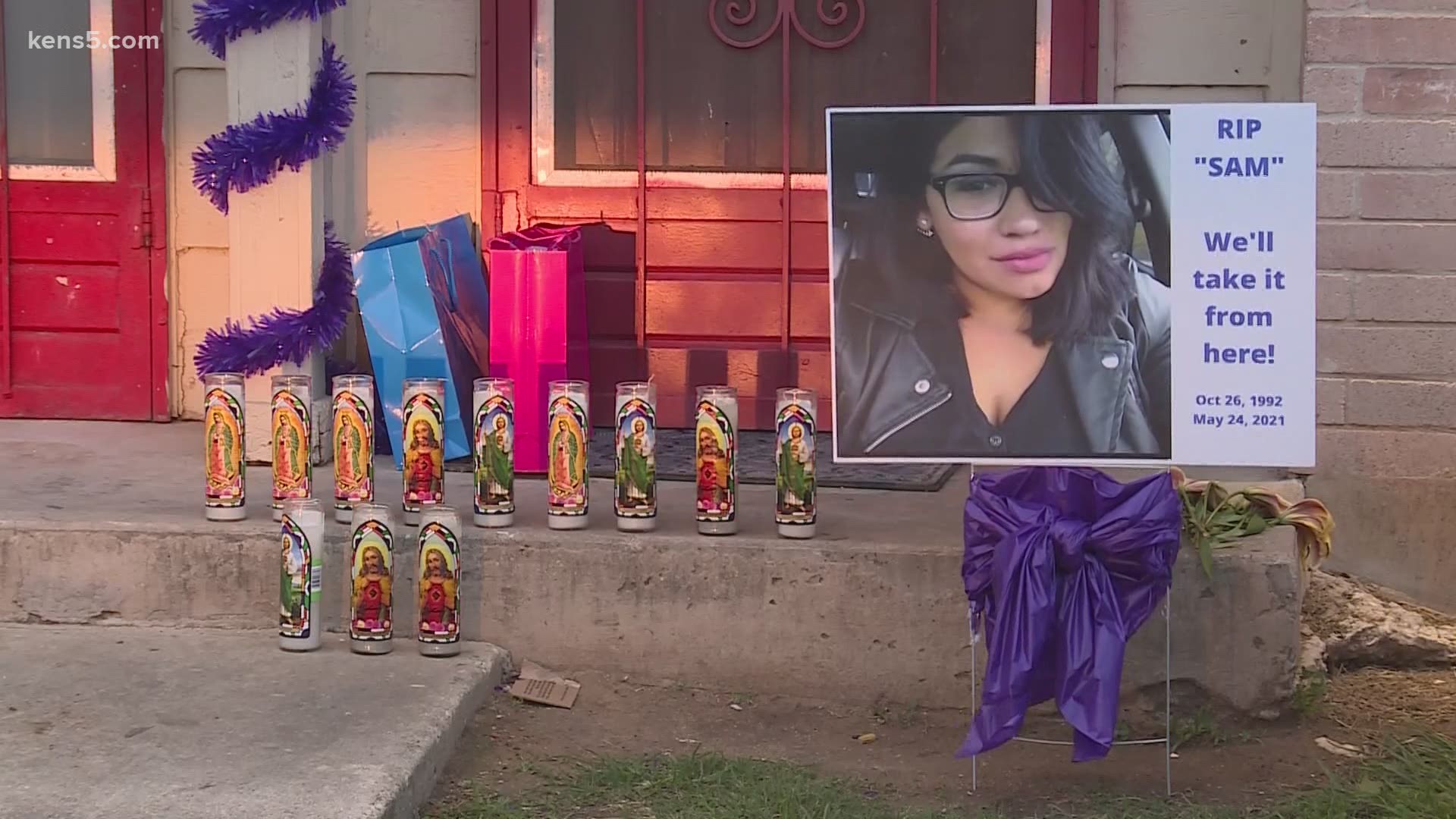 SAN ANTONIO — San Antonio Police said mother Samantha Lopez was gunned down in front of her children. Lopez's family, friends, and strangers remembered her life Tuesday night. They held a vigil at the spot where she took her last breath. On Monday, the mother was shot and killed at an apartment complex off Harlow Drive.

Lopez's mother Rosemary Gonzales said the killer is a coward.

"I lost a daughter, and that is hard," she said." A big ole' demon came and did what he did and destroyed a family."

RELATED: Woman shot and killed in front of her three children on the northeast side, SAPD says

Lopez was leaving her northeast-side home Monday morning to take her three little girls to school, when police say she was shot and killed in front of them.

"A coward doesn't shoot from behind and once she is down and shoot her again," Gonzales said. "That's awful, that is an awful death for her."

Police detained a person of interest who they say had been arrested multiple times and violated a protective order that was filed in 2019.

"She had a protective order, and it didn't work," she said.

Police said the man was out on bond for violation of that order.

"They might know he did it," she said. "A lot people know that he did it. But, there is not proof as of yet."

Gonzales said the shooter is her daughter's estranged husband. But, no one has been arrested in her murder.

"I am trusting in God," she said. "I am trusting that is he going to come through. He is going to bring out the light. What is hidden in dark, God will always bring it out to light."

SAPD Chief William McManus, on Monday, said the justice system failed this family and there needs to be a system in place to keep family violence victims safe. The mother agrees and said the change should start with her daughter. She said no more lives need be lost.

KENS 5 reached out to the Bexar County District Attorney's Office about the chief's comments. The statement from DA Joe Gonzales is below.

“The murder of this mother in front of her children is a tragedy. Because this SAPD investigation has not yet resulted in any arrests, we cannot comment.”