This spring, we've had hailstones and damage caused by a series of severe storms. But why is this year different from the past? 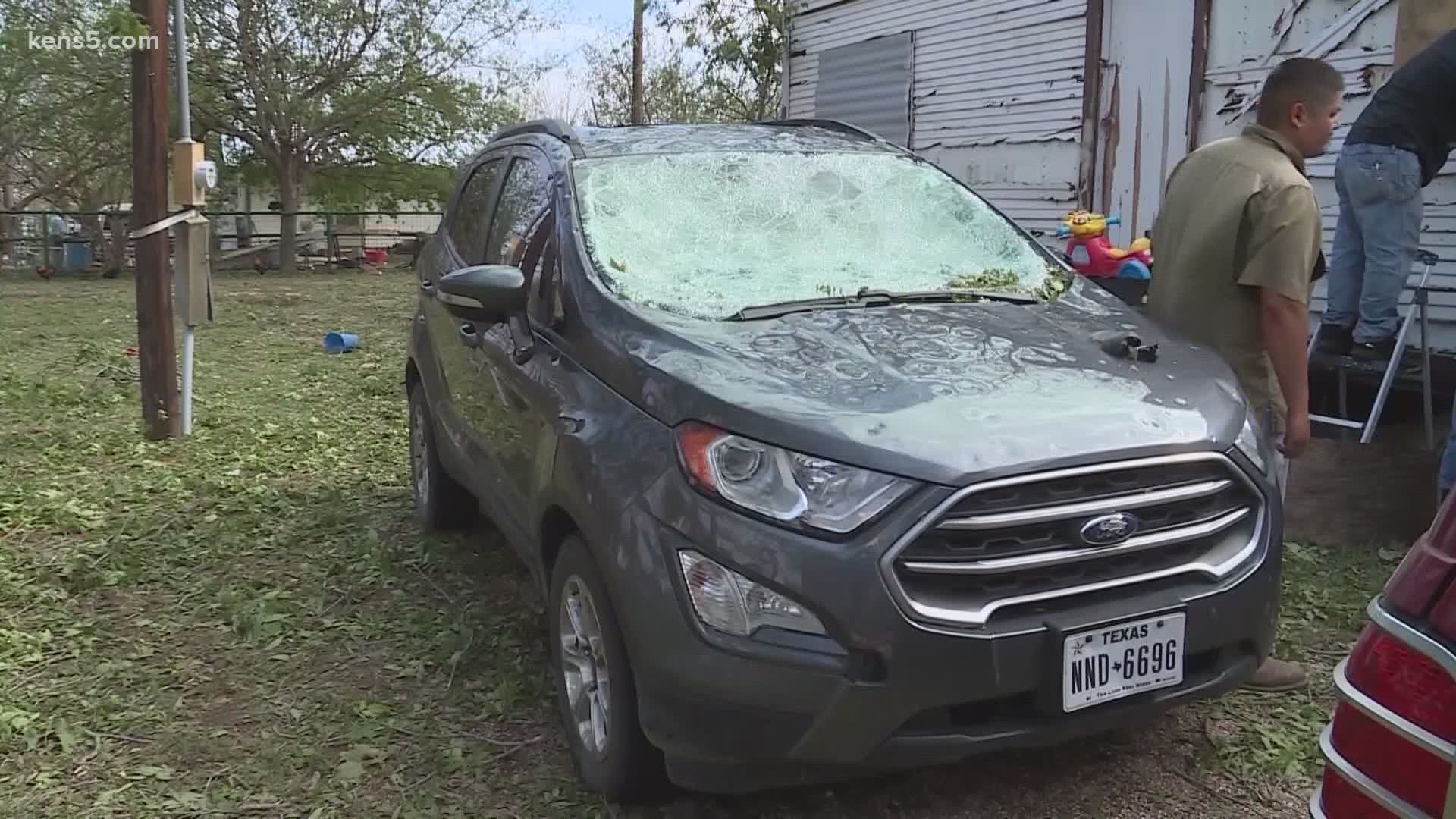 SAN ANTONIO — It has been a busy severe weather season with hail damage like many of us have never seen before. But does that mean it will continue to get worse, or could this season have been a fluke? Meteorologist Jeremy Baker heads to the KENS 5 weather experts to find out the answer.

"I'd say this has been an active season. Of course, there's been some other seasons that have been really active as well," KENS 5 Meteorologist Paul Mireles said.

And has the hail become larger?

"You may not even have any rain. A quarter mile down the road or half a mile, you've got grapefruit-sized hail and that's the nature of convective thunderstorms," Mireles told us.

"These these monster thunderstorms are growing to 70,000 feet in height and producing stones this big. I mean, five-inch diameter size hail. We rarely see that," Taylor added.

Before we go any further, we need to explain how hail forms. When you have a strong thunderstorm, super-cooled water droplets form in the top of the storm and fall thanks to the cool downdraught. Those small hailstones can be caught in the warm updraught and brought back into the hail growth zone where they become larger.

"Start with a little pea-sized dot right there. It falls down from the sky. The wind picks it back up. Shoots it back up to the top of the storm where it forms another ring." Joshua Boerner, a junior at Texas A&M said. "Goes back down and shoots back up and forms another ring and keeps getting bigger and bigger until it gets to heavy and falls to the ground."

Let's take a look at three recent storms this spring and "hail" the info on the hail, starting with the one on April 23. According to the NWS official Twitter in eastern Bexar County the storm could have produced hail as large as two inches in diameter. But it isn't always labeled by inches.

"On April 23, two-inch or lime-sized hail fell in eastern Bexar County" Taylor said, "I really think about glass damage. I mean, if people are in their vehicles driving, God forbid. I mean, you've got windshields that will be blown out."

The storm on April 28 and 29 looked like an ice storm in Bracketville. It also produced a tornado which touched down near Hondo. According to the National Weather Service, hail over two inches in diameter stretched from the Rio Grande to San Marcos. Those are hail stones as large as tennis balls.

"Everything outside is going to be beat up, car, your roof, things that are valuable. Even tree limbs even knocked down so that size hail will do amazing amount of damage," Mireles said.

The third and final storm we tackle happened on May 3 and had hailstones large enough to shatter windshields into pieces. The National Weather Service says the largest hailstones from that storm fell near China Grove in Eastern Bexar County. The size was practically off the charts. They were 5.5 inches in diameter. That is as big as a large grapefruit.

"That's when you have catastrophic damage," Mireles added.

So we know this spring the hail storms were more frequent and the hailstones were large. Will this become a continuing trend? Taylor said, "You know, one thing we have to remember is that nature will always be bigger than us. We're never going to be able to control it."