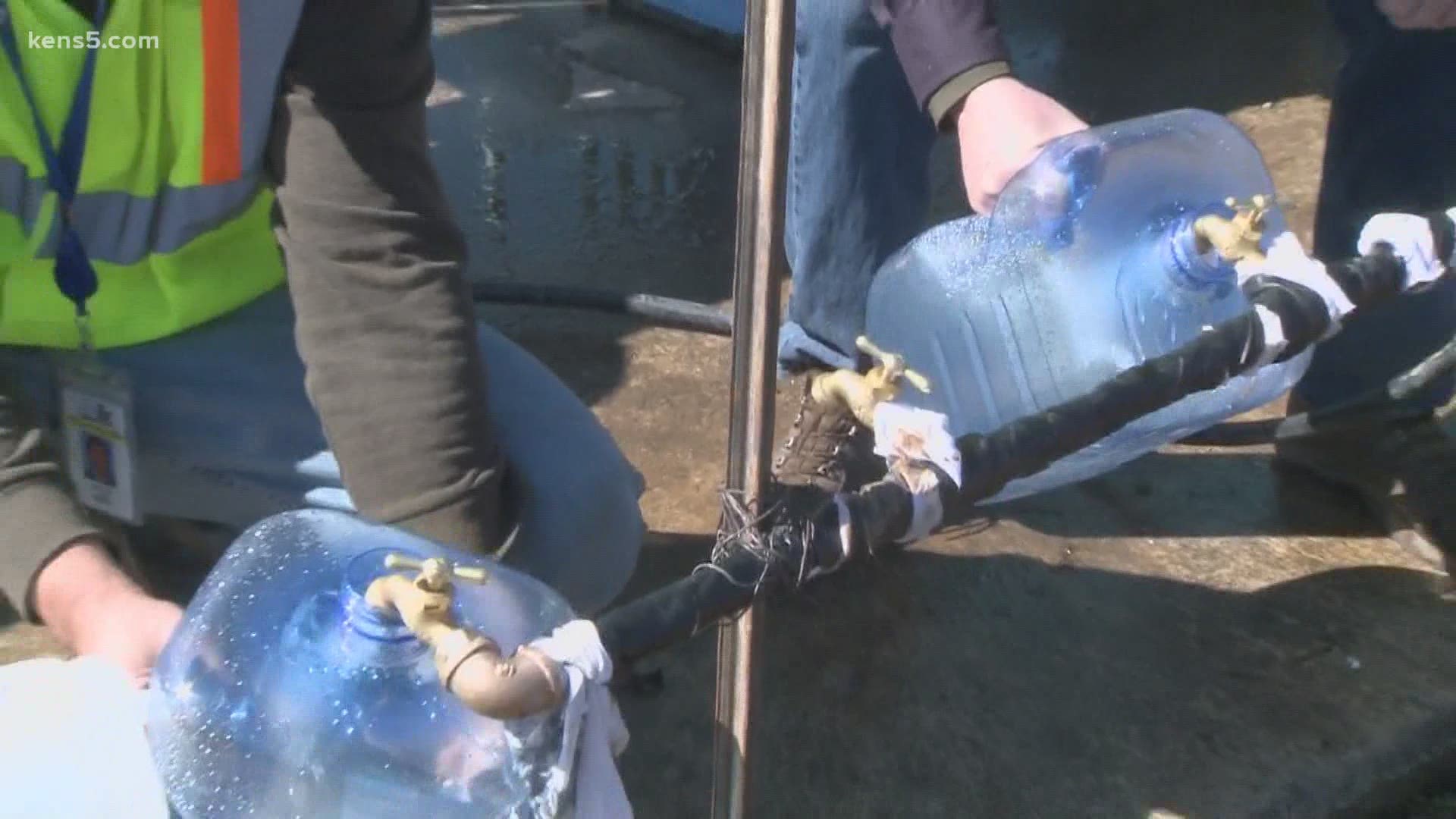 SAN ANTONIO — As San Antonio continues to recover in the wake of last week’s historic and devastating winter storms, utilities are slowly but surely being restored to their full capabilities in the Alamo City.

At a Sunday evening briefing regarding the local response to the storms, San Antonio Water System CEO Robert Puente said the utility’s entire service area now has water, though pressure may be lower than expected for the time being.

Puente also said he expects the ongoing SAWS Boil Water Notice to lift entirely on Monday. As of Sunday evening, Puente said “more than 80% of the city” has been cleared of the advisory, and the utility is waiting for a requisite 24-hour turnaround on lab results before rescinding the notice completely.

You can find out if your area is still affected by the boil advisory here.

When it comes to power, Mayor Ron Nirenberg said only a handful of CPS Energy customers still don’t have their lights on—a few days after nearly 350,000 homes and businesses were without power amid the crippling of the state’s power grid. As local and state leaders continue working toward solutions when it comes to exorbitantly high electricity bills – one aspect of the storms’ fallout – Nirenberg said CPS Energy has automatically suspended autopay for all customers who use the feature.

At the same time, the mayor made clear that he doesn’t want to see residents be slapped with sky-high bills in the aftermath of last week’s storms.

“In my opinion, the failure of the Texas energy grid through the management of ERCOT needs to bear the burden of this disaster,” the mayor said. “We expect every elected leader of this state to stand on the side of rate-payers throughout Texas, and that’s the accountability we’ll be looking for as the coming weeks unfold.”

Nirenberg added the storms also exacerbated ongoing shortages at local blood banks, and encouraged residents to consider making an appointment to donate with the South Texas Blood and Tissue Center.