More than 300 volunteers showed up to the River City Church, one of a few mass distribution sites set up by the food bank. 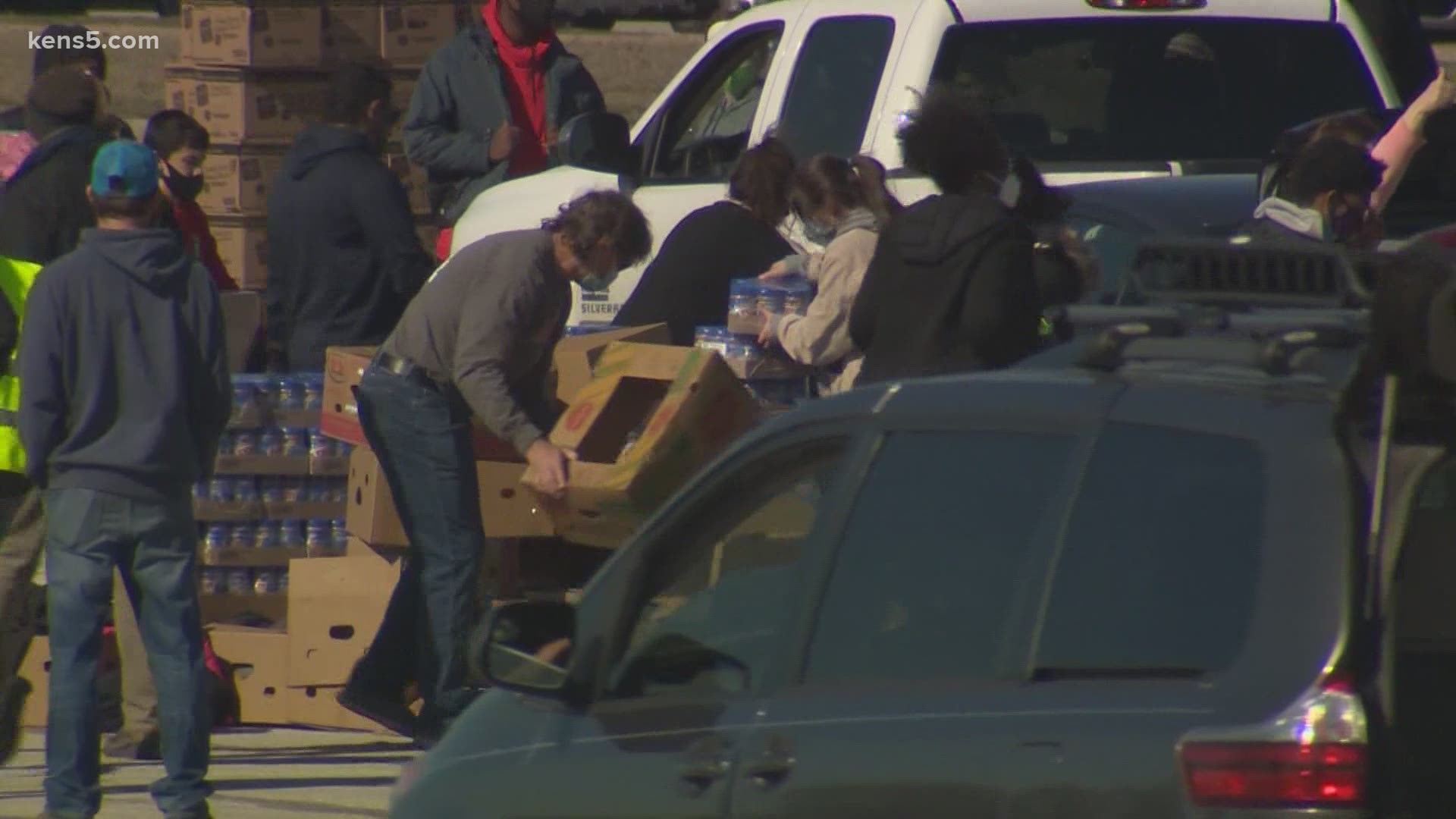 SAN ANTONIO — The weekend brought some much-needed sunshine to a city now recovering. More than 300 volunteers showed up to the River City Church, all anxious to help feed thousands of people still without food and water.

The mass distribution site at the River City Church just one of a few happening across the city the weekend. The food bank says when everything’s wrapped up, 2,700 families will have driven through and left with close to two weeks of food.

“There are so many people in need, why not help? We need to use our time wisely,” San Antonio resident Nicky Newton said.

Newton says she brought her two kids to show them what it looks like when a community stands together, even after they themselves went without while the winter storm was on full blast.

“There was probably 36 hours off no power and 24 hours of no water but it was all good. It happens so we just kind of rolled with it,” Newton said.

When the community called these volunteers put their own personal problems aside and came rushing to help. They all say this is what community service is all about.

“We’ll definitely do it again. We have it on a calendar to do it again next month and it’s just a blessing. It really is,” Newton said,

If you’re in need of food the San Antonio Food Bank will be opening another mass distribution site at their main office location tomorrow from 10 a.m. to 4 p.m. You can head over to their website for more information on that distribution site or more they have coming up later this week.