After a two-hour presentation, the commissioners court passed a funding allocation of up to $25 million for a new visitor's center and museum outside the landmark. 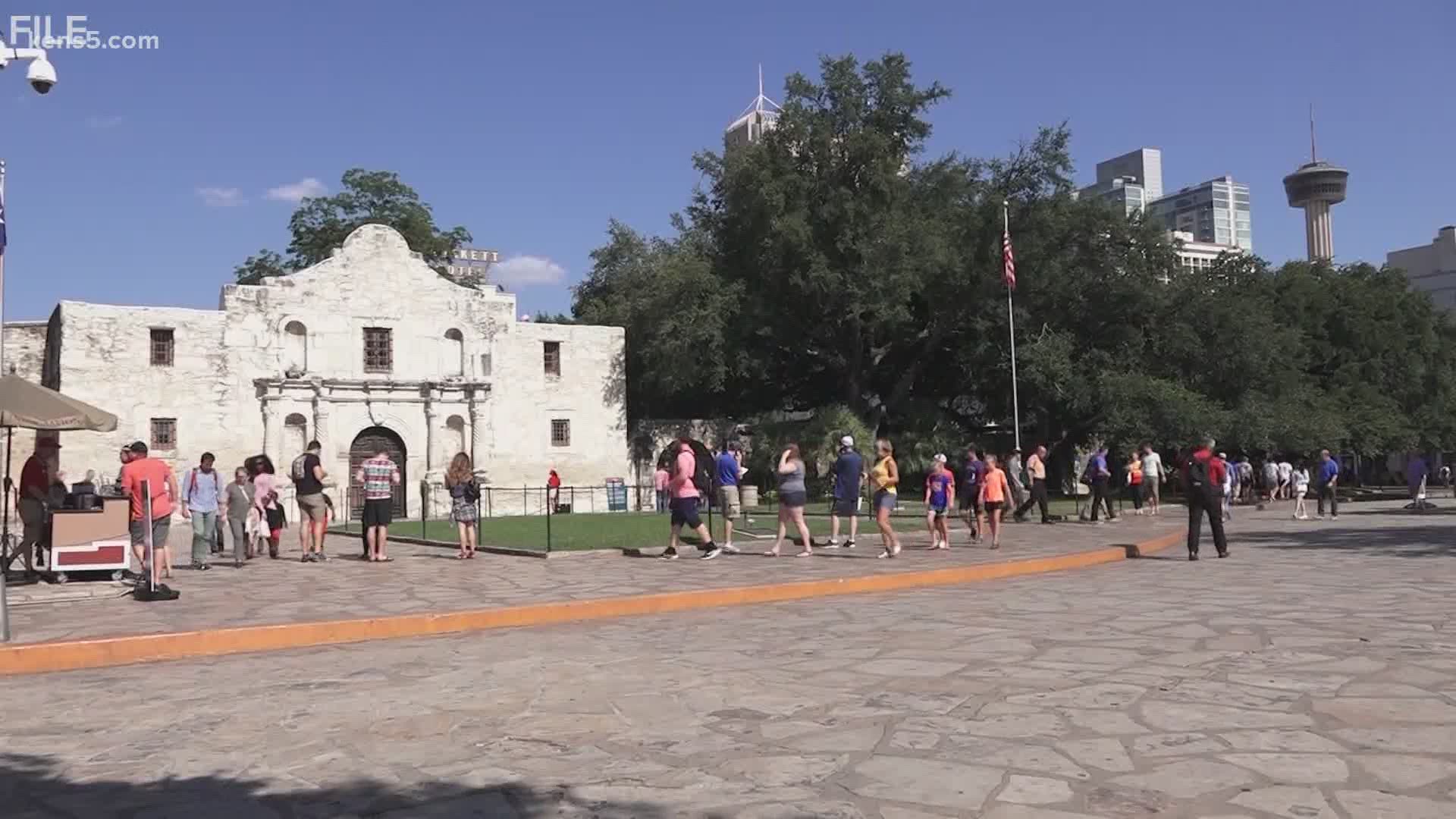 SAN ANTONIO — The most well-known spot in San Antonio is getting some new attractions.

The Bexar County Commissioners Court on Tuesday approved funding for the creation of a visitor’s center and museum outside The Alamo. The funding is part of a modified Alamo redevelopment plan approved by San Antonio City Council in April.

Lieutenant Gov. Dan Patrick made a rare appearance at the Bexar County Commissioners Court ahead of the vote, beginning his remarks by showing off Alamo memorabilia and demonstrating his passion for the landmark—including a 12-pound cannonball and commissioned diorama.

“I just want to let everyone know: When I get in something, I’m involved," Patrick said.

“There’s been twists and turns, but we’re all committed to the same idea, and that’s to make sure that the Alamo’s around for our children and for our grandchildren,” Bush said.

The new plan includes major revisions from the hotly contested plan developed over the last six years. Unlike the original plan, this one saw near-universal approval.

Members of the Alamo Trust shared conceptual images of what they hope the new redesign will look like. That vision includes a collections building and education center, but the main purpose of the discussion was funding for the visitor's center and museum in the historic Woolworth and Crockett buildings.

“It is our goal to create a visitor experience that is truly worthy of the Alamo,” said Kate Rogers, executive director of the Alamo Trust.

The planners emphasized that what they had to show were visions only, and that the design phase would come after funding was approved.

Commissioner Tommy Calvert moved for the approval of $5 million for each of the next five years of development of the museum, with an acknowledgement of the unity the plan represents.

The measure was approved unanimously.