This north-side joint gets creative with their meals, and that's probably an understatement. 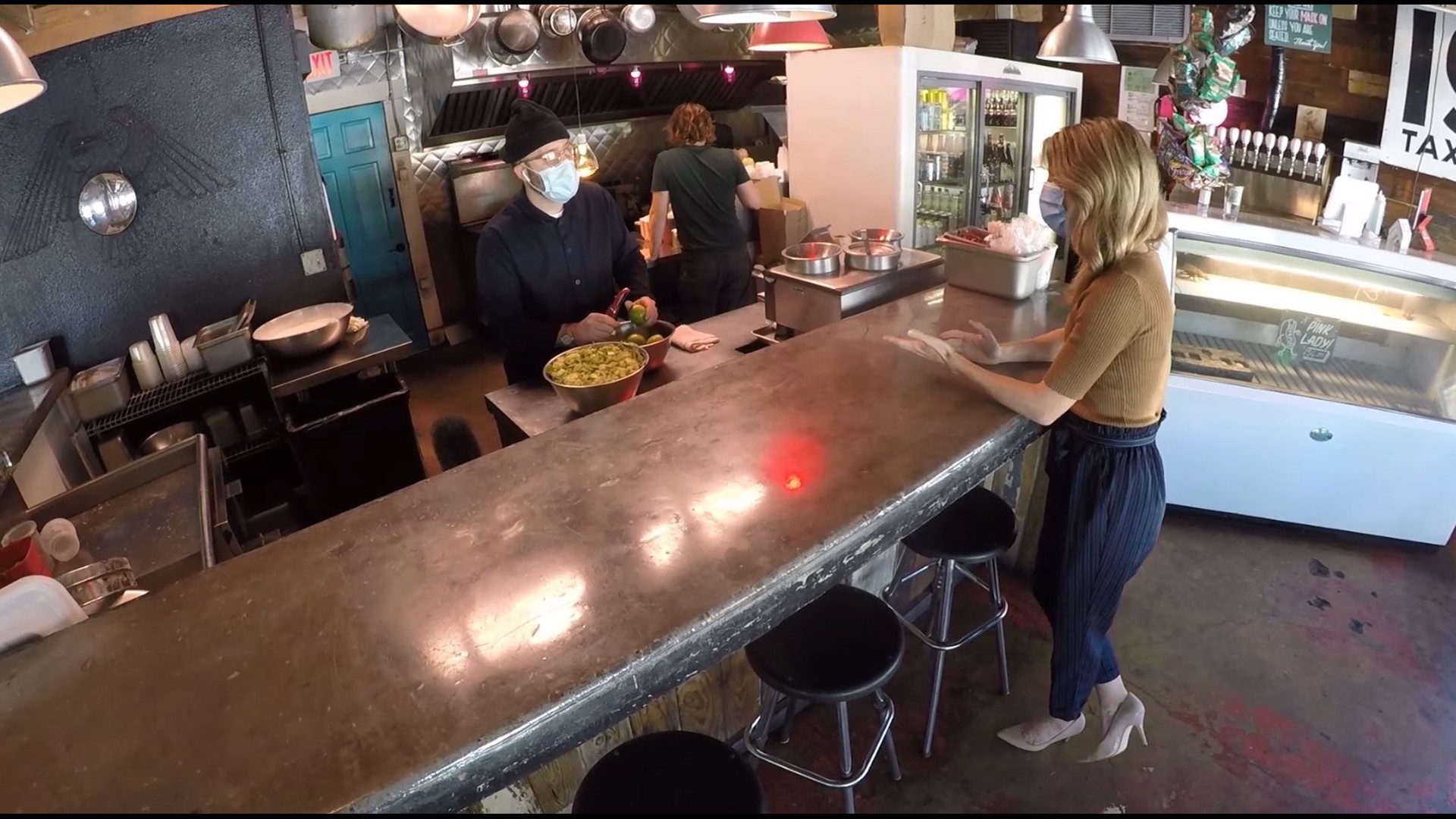 Like many businesses, the chicken shack has taken a hit in the pandemic. Cullum said sales have gone down 50% in recent months.

But he shrugs off the slowdown. Cullum is more focused on cooking up new options in the kitchen. He peels one green apple after another, hoping for another masterpiece—the kind you're not likely to find anywhere else.

"This is going to be a southern-fried apple pie version of a hot wing," Cullum said. "If it's good and people love it, it will go on the main menu!"

You'll find plenty of spice and pizzaz at Cullum's Attagirl. They serve up Nashville Hot Chicken, chicken and waffles, fried bologna sandwiches, and a twist on a classic: PB&J-smoked chicken wings.

Cullum said the peanut butter-and-jelly combo is a special treat.

"It's a smoked wing with peanut butter that's fortified with homemade bacon fat," Cullum said. "Honey, pepper, a bunch of other things. We put it all together and we crush some peanuts on top. Then we 'disco it' with a little edible glitter."

If chicken isn't your thing, try stopping by on a Monday.

"We pop up 'Attaboy,' which is our burger company," Cullum said. "That's from 5 p.m. to 10 p.m. We transform the kitchen and turn this thing into a burger shack and we start slinging burgers. It's a lot of fun!"

Cullum's family has belonged to the San Antonio culinary scene for 80 years. He grew up in the neighborhood where Attagirl now stands.

His passion for cooking is what keeps him pushing forward.

"We love what we do. We're going to do it in any type of climate as long as we can," Cullum said. "We're just grateful to still be here and be part of the community."