Kids will have the ability to write letters to Santa and get a personalized response. 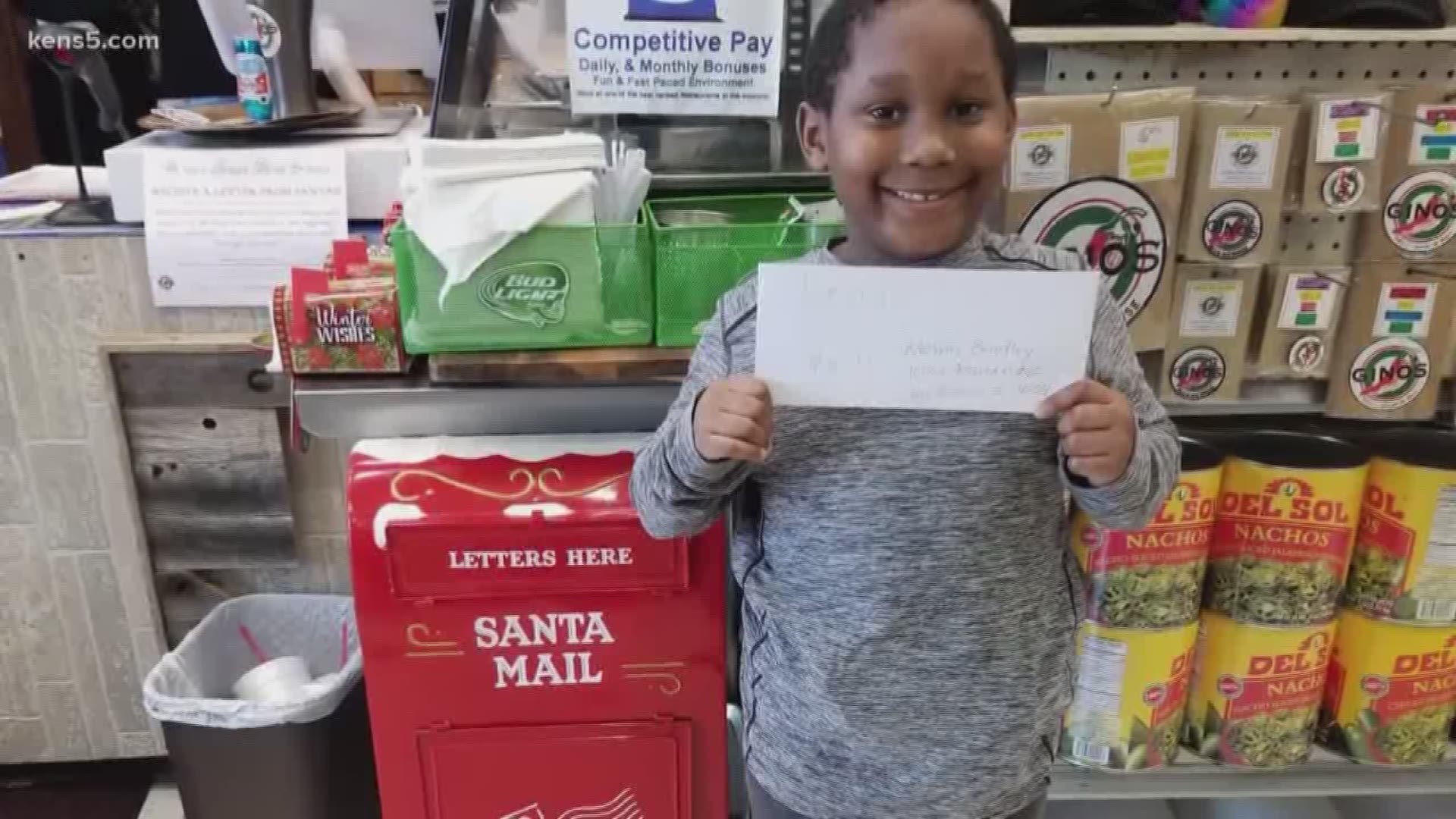 SAN ANTONIO — Every year millions of letters from children writing to Santa Claus end up at the North Pole. Most of those don't get a response. But one business in San Antonio is making sure kids write and send letters with the expectation that they'll receive a personalized response from the man in red.

For the second year in a row, Gino's Stop-N-Buy, regularly known for its steaks and subs, will be a stopping point for Santa. Santa-bound letters that is.

"Last year we had 60 letters by Dec. 15 or so. We have more than that already," said Aleem Chaudhry, the business's owner. "Last year I bought the letter box from Sam's and my wife said, 'Just bring it to the store,' and I brought it and it just took off after that."

Four hundred letters from kids over the past year all hoping to reach Old Saint Nick, and all getting a response thanks to Gino's Santa Mail Service and its special delivery. Chaudhry says they do this for the kids, but also the parents.

RELATED: Taylor Swift is about to release a Christmas song that she literally just wrote

RELATED: O Christmas Tree! This one is worth $15.5 million

This year's batch of letters is a mix of all kinds of requests for Christmas.

"This little kid wants toys for his puppy a puppy named Officer."

The letter even said, "Officer is stinky, but super sweet."

Other letters asked Santa questions, like Holliday's, who wanted to know how reindeer could fly and what elves wear.

Meanwhlie, Allie asked, "Are you really coming down the chimney? Why don't you use the front door?"

Adults are writing letters too.

"This lady is looking for funding for a movie she wants to make," Chaudhry said.

At the Santa letter-writing session here at Gino's, they've got markers, pens, crayons—anything kids or adults want to use to write that letter to the jolly old elf himself. And every letter will get a personalized response.

But if you can't bring the kids in, Gino's has a form parents can fill out.

"Just fill out the form with your name, address, what the kids want," Chaudhry said.

The Kohl family asked for sandwiches, and 12-year-old Beckett's parents are hoping for more Gino's gear.  And you can ask Santa for what you want here at Gino's through Christmas Eve, seven days a week from 8 a.m. until 10 p.m.