Trinity University trudges forward with no football season in the fall

There is still hope the Tigers can get on the field and play in the spring of 2021. 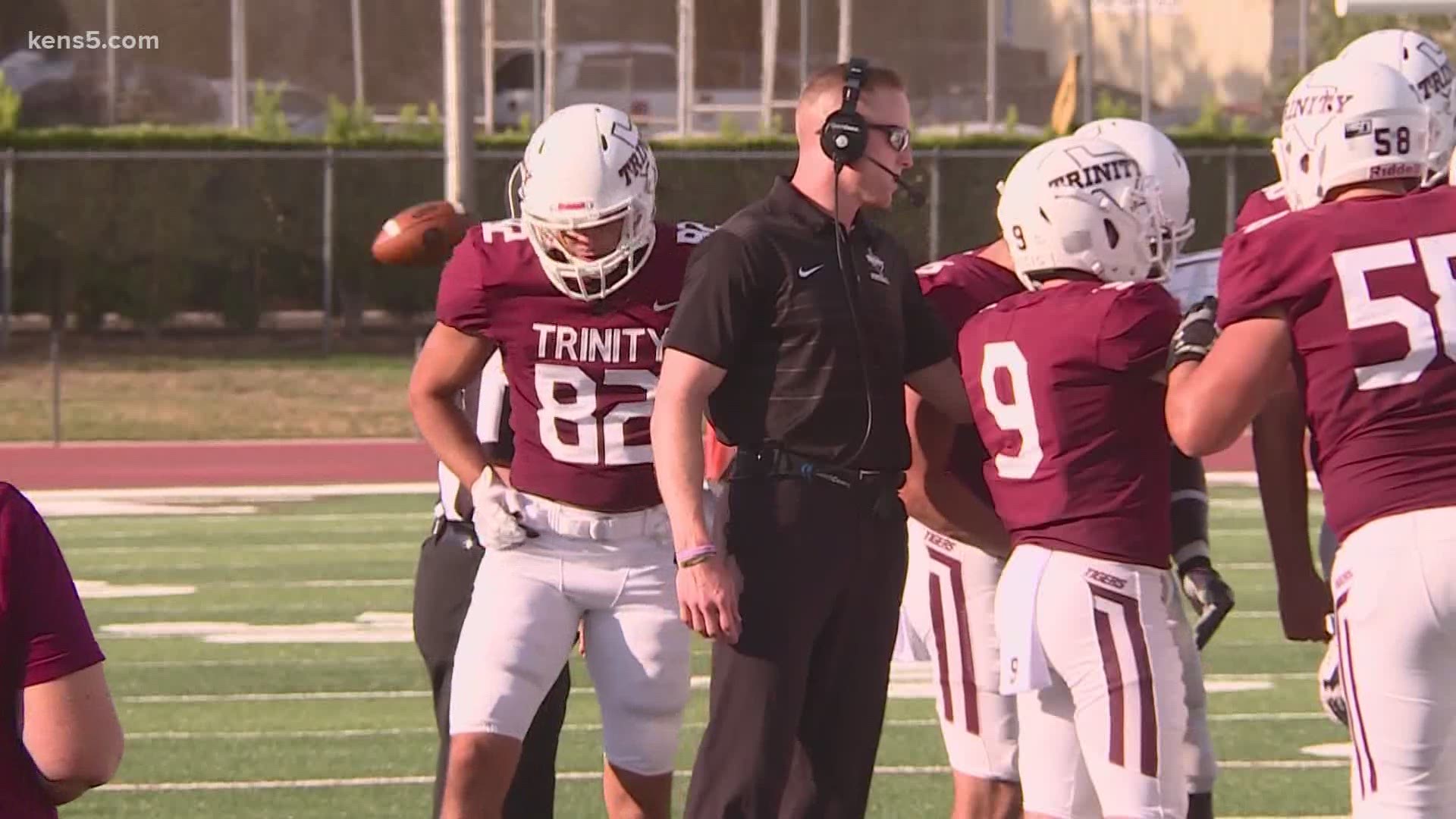 The Southern Athletic Association canceled fall sports, meaning there is no fall season for the Trinity Tigers.

"It was a decision we didn't really hope for," Trinity Football Head coach Jerheme Urban said.

The Southern Athletic Association's Presidents’ Council has decided to suspend all conference athletic competition through the 2020 fall season. pic.twitter.com/HNOpFTwudI

With the pandemic not slowing down, the suspension of activities are the first of many tough decisions in the world of athletics.

Urban was able to talk to his team before the announcement hit social media on Thursday.

It was a tough conversation over Zoom.

"We have a lot of passionate young men who absolutely love this game and work really, really hard," Urban said. "It hurts and you can see the hurt on their faces. We encourage them to grieve. It's OK to grieve. It's OK to hurt. It's just how are we going to pull ourselves up by our bootstraps and go. I have confidence our guys will be fine."

Coaches always talk about the ability to overcome adversity. It is time to take certain messages from the locker room, practice and games and apply it to life.

RELATED: SEC Commissioner: 'We are running out of time to get things right'

There are no concrete details on how the team will be able to train during the fall, but the Tigers will now do everything they can to prepare for an early 2021 return.

"We will be ready for whatever spring season is available, but more importantly we're going to be there for our students as they keep track on that academic degree and developing as athletes as well," Urban said.