The controversial elections proposal was blocked from a final vote on the last day of the regular session. 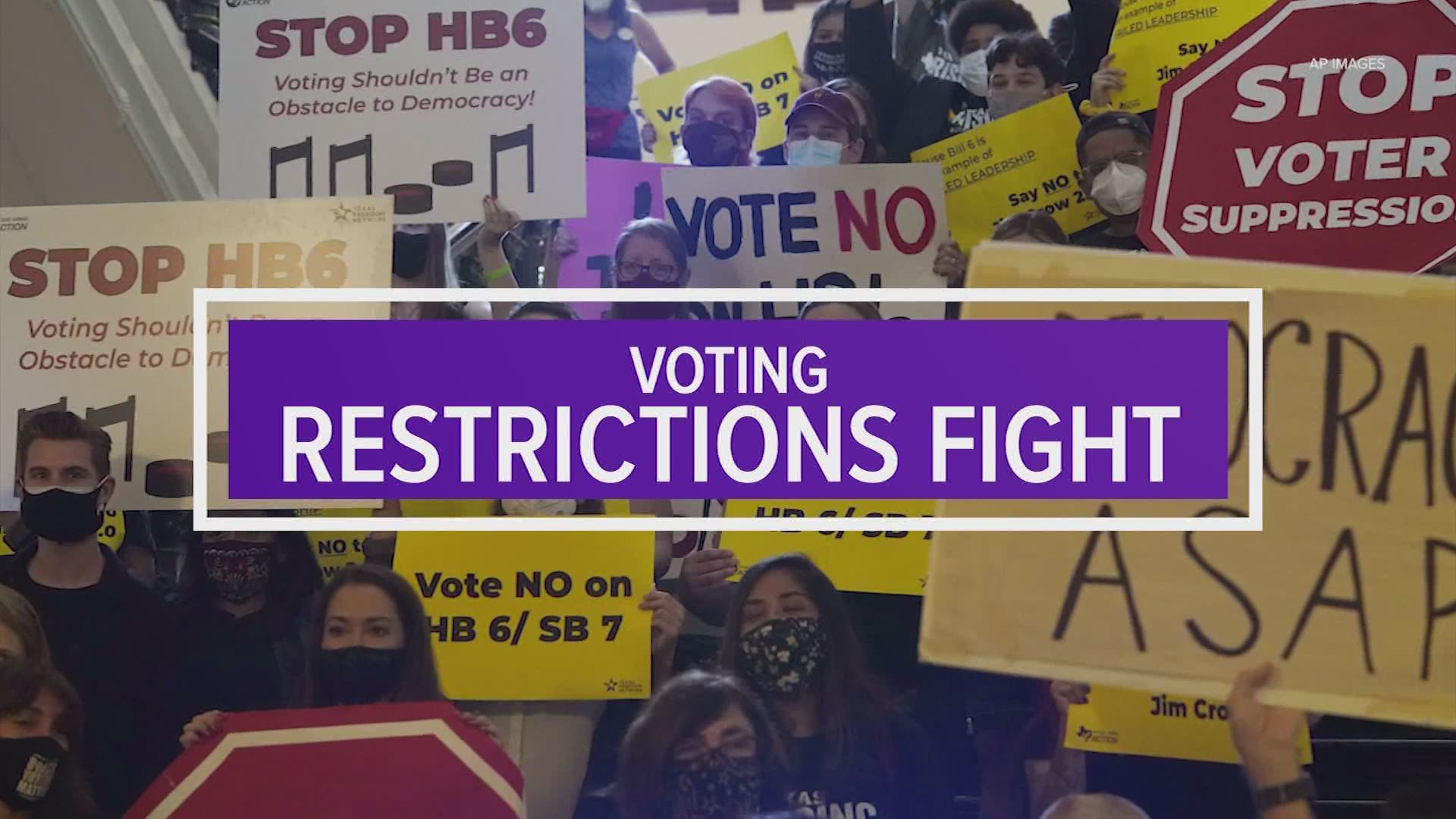 HOUSTON — Some Texas lawmakers say they’re ready to walk out again, if necessary, to block a controversial voting bill.

But their salaries may be on the line if it happens during a special session.

"No question it’s going to be continued,” said Republican state Sen. Paul Bettencourt of Harris County. “Governor Abbott is serious about calling the legislature back in.”

He believes the governor is also serious about a threat to cut lawmaker salaries from the budget if Democratic Texas House members stage another walk-out.

That's something that blocked a final vote on the final day of the regular session on Senate Bill 7 that would impose new restrictions on elections, if passed.

"Anybody that’s going to walk out, you go back and look at Texas history, they’ve always lost," said Bettencourt. "Because Texans don’t like people walking off the job.”

“Texans don’t like people walking off the job.” But some Texas lawmakers say they’ll do it again in a likely special session in order to keep #SB7 at bay. They call it voter suppression. Others say it protects election integrity. I’ll have the latest: @KHOU at 5 + 6 #khou11 pic.twitter.com/vKjjp9X9Rc

The walk out made national headlines, but it's something Democratic lawmakers are willing to do again.

"We will use every took available to us that will prevent voter suppression in our state,” said state Rep. Armando Walle, a Democrat from the Aldine area.

He said efforts to restrict voting are based on falsehoods that have been repeatedly proven wrong and that making elections more accessible, like 24-hour voting, benefits both parties.

"That’s a welder, that’s a nurse that gets off at like midnight and wants to go run and vote," said Walle. "Nobody is checking whether that person is Democrat or Republican, that’s just a voter.”

Bettencourt, who participated in an eight-hour question and answer session before the bill passed in the Senate, says there are a lot of misconceptions.

But hashing those out should be done without theatrics whether or not they're allowed.

"Listen, vote, on a bill," said Bettencourt. "Not refuse to listen and take off to out of town."  "That doesn’t work, it never worked in the past, it will not work this time.”

The voting bill wasn’t the only item held up by the walk out.

So was a bond reform measure. It too could be taken up during a special session.