Renee, a three-year-old black lab will provide support and comfort to first responders. 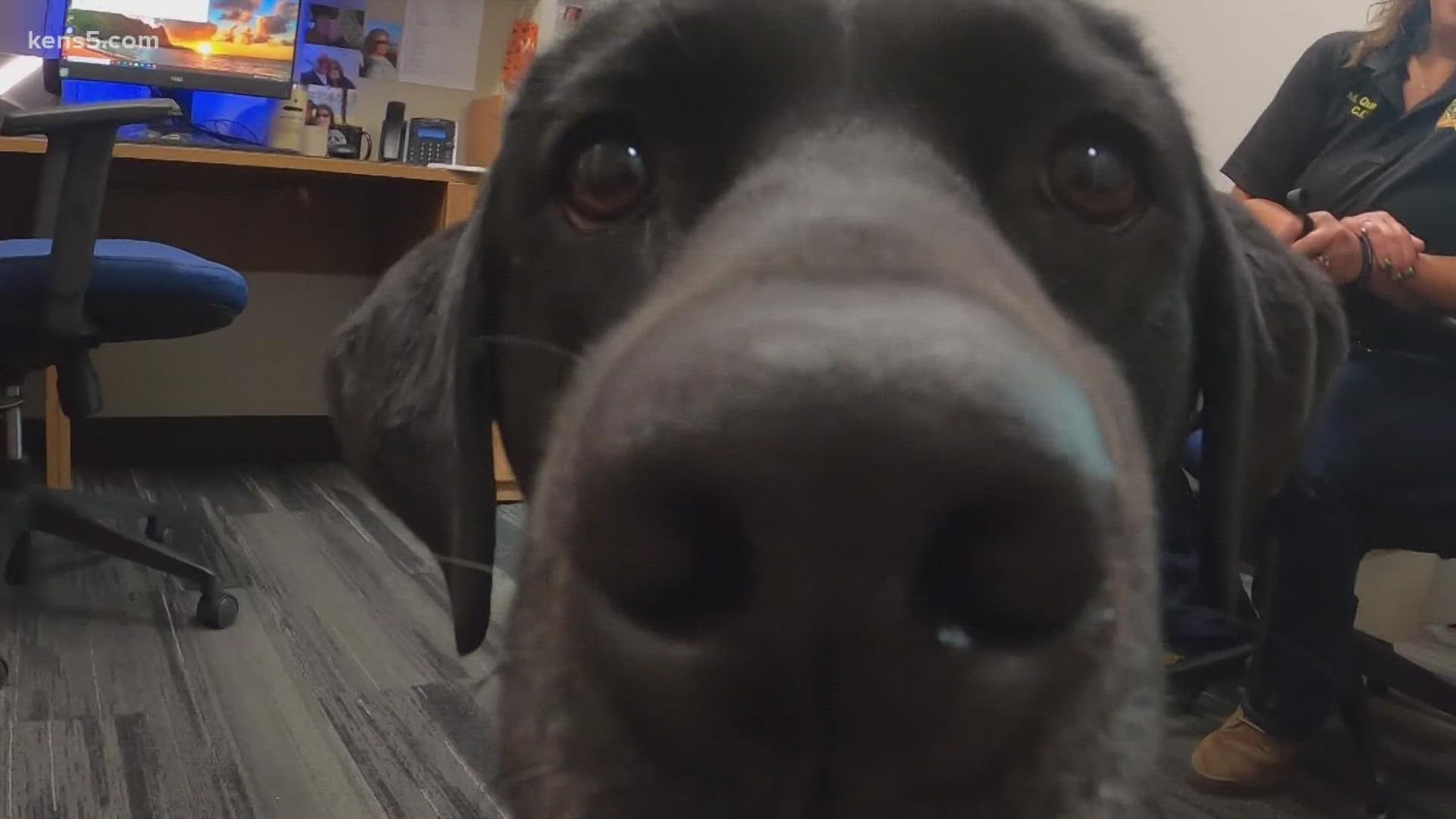 BOERNE, Texas — A new four-legged deputy in now on patrol in Kendall County, but this new K9’s duties are not what you’d expect.

Renee is a three-year-old black lab and she’s been on the job for just a few weeks.

Her official title is Emergency Services Facility Dog, but she’s not sniffing out drugs or tracking down crooks.

Renee has been specially trained to provide comfort and support to first responders who deal with traumatic crime scenes, critical incidents, and other stressors each day.

“We have a strong backing from our community. We have a tremendous amount of support, but it doesn't negate the fact that the men and women that work for the sheriff's office and any police entity on a daily basis are dealing with negativity on a constant reoccurring basis,” said Kendall County Sheriff, Al Auxier.

Quade steps in to help people experiencing mental crisis or works to prevent a crisis from happening.

“I just really think it brings the community, those people that need help the most to law enforcement, to trust us a little bit more and know that it's not always a bad thing to call us,” said Quade when talking about the Mental Health program.

As her handler, Quade said she’s already seen Renee’s impact after she responded to a recent mental health crisis call.

“He went from pacing back and forth and crying and being very concerned,” said Quade.

She said after she confirmed the man was not afraid of dogs, she brought in Renee to help diffuse the situation.

“She laid head on his lap and he pet her, and the focus became about her, not about what his situation was,” said Quade.

The non-profit organization adopts abandoned dogs from animal shelters then trains the pups before donating them to people with disabilities, veterans, and law enforcement agencies.

“We're helping the dogs get a second chance and we're helping people build better lives as well,” said Sheri Soltes, President and Founder of Service Dogs Inc.
Soltes said the life-changing stories from people who have received the trained dogs have fueled her passion for keeping the non-profit alive for over 30 years.

“There's just a way a dog can diffuse a tense situation that really adds something,” said Soltes. “Sometimes they can reach into the human heart where a person can't and help somebody calm down and get off the edge of that mental or emotional cliff, and that's what really matters. We really are saving lives.”

And, it’s easy to see Renee is already connecting with her new community and winning over everyone’s hearts.

“She seems to really be finding her place and her role with the way she communicates with people in our community….just bringing calm and the smiles, the enjoyment, people just seem more relaxed with her,” said Quade.  “I know she's going to continue to make a big effect.”