So far, K9’s for Warriors has paired almost 700 service dogs with veterans. With their new facility they hope to train and pair a lot more. 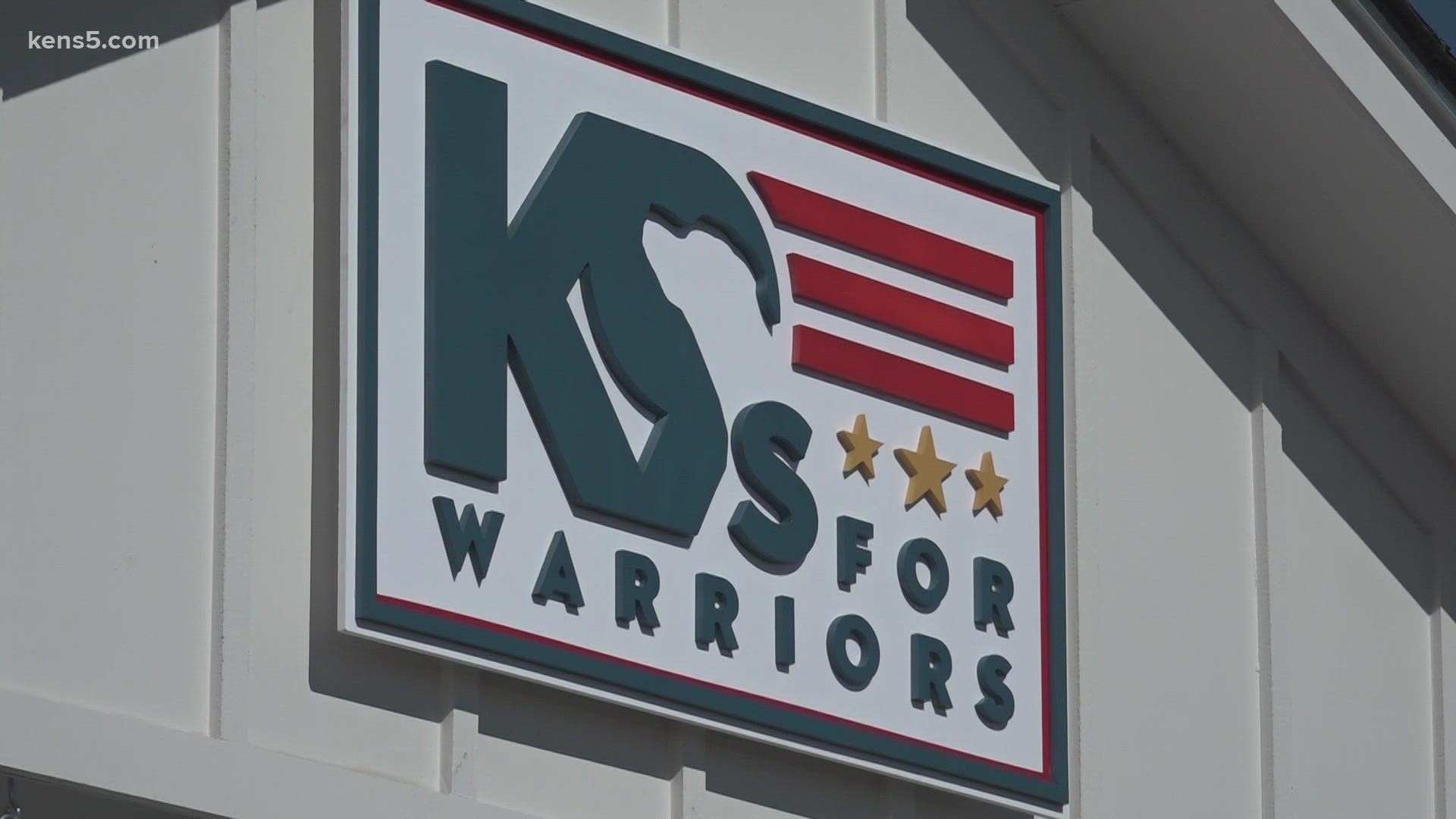 “It’s the first step in our national expansion here. We are trying to save lives,” Manager of K9 training Rob Gunsel said.

A 2-million-dollar grant from Petco Love helped make it all possible.

K9’s for Warriors in a non-profit organization that helps partner military veterans suffering from conditions like Post Traumatic Stress Disorder or PTSD with service dogs to help them live more normal lives.

Warriors like Bob Jones who served 26 years as a combat medic in the United States Army. He’s been partnered with his service dog Grace for about five and a half years.

“I lost my dignity and I lost my identity. Since having a service dog, she’s been able to give that back to me. I’ve been able to reengage back into society and have what most people would call a normal life,” Jones said.

So far, K9’s for Warriors has paired almost 700 service dogs with veterans. With their new facility they hope to train and pair a lot more, giving many of the dogs and veterans a second chance at life.

“Grounded is probably the best word that I could use, that she helps me with. She keeps me centered, she keeps me in the here and now and help keeps my thoughts straight,” Jones said.

The waitlist to get a service dog through K9’s for Warriors currently extends through 2025 and the organization says they’ve gotten at least 1,000 applications the last 2 weeks alone.

They hope their new facility expedites some of that wait time.

“To have that dignity and to have that connection back with society is beyond description,” Jones said.