Across the country, people played "Taps" outside their homes at 3 p.m. on Memorial Day, as a way to honor people while practicing social distancing. 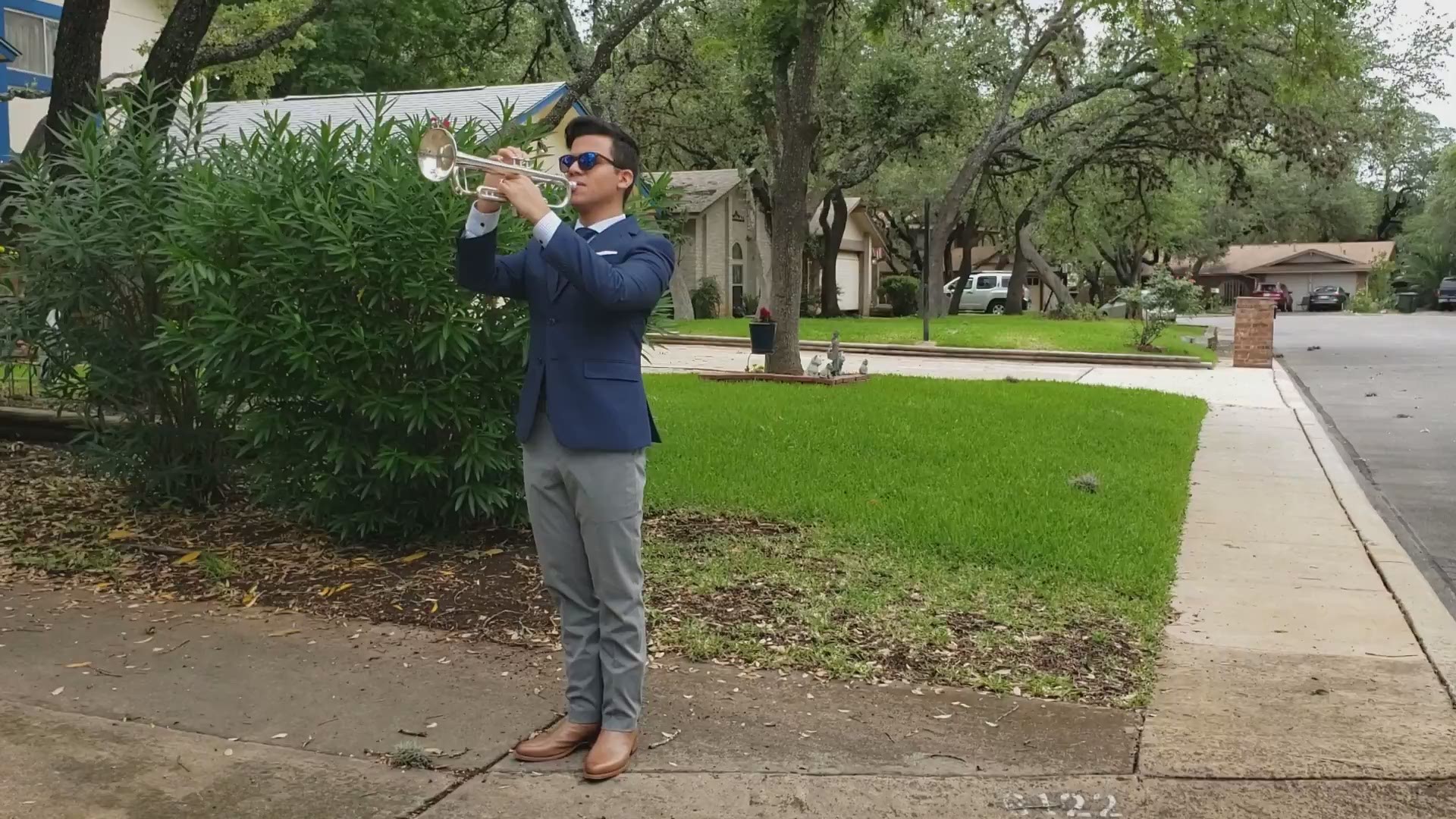 SAN ANTONIO — With traditional ceremonies being canceled due to the coronavirus pandemic, people found a way to still honor those who would normally be remembered on Memorial Day, in addition those who have lost their lives due to the virus.

Take Clark High School student Isaac Hernandez. The 11th grader went out to his driveway at 3 p.m. and played a beautiful rendition of "Taps" - the bugle call known for being played at dusk, during flag ceremonies and at military funerals by the United States Armed Forces.

Hernandez wasn't alone. He and thousands of others participated in a national movement created by CBS News correspondent Steve Hartman and retired Air Force bugler Jari Villanueva to keep the spirit of the holiday alive.

Hartman and Villanueva asked veterans, musicians, teachers and students of all abilities and ages to play "Taps" at the same time.

KENS 5 viewers shared their videos - showing San Antonio their appreciation of those who have served our country, giving the ultimate sacrifice.

Alissa Sandoval, a 10th grader at Warren High School, wore her ROTC uniform and played "Taps" in her driveway next to her family's American flag.

For Hernandez, 17, playing "Taps" was an extra special honor since many of his family members have served in the military.

"It reminded me of how privileged I am as an American and how grateful I am to have the freedom that every person deserves because of those fighting in the armed forces," Hernandez said.

In another video sent to KENS 5, Liza Elizondo played "Taps" for her neighbors from her front porch.

And wearing an American flag shirt, Campanas de America trumpet player Eddie Rios stepped out to his front yard to play his trumpet.

Today at 3:01 Campanas de America trumpet player Eddie Rios stepped out to his front yard to play Taps in honor of Memorial Day.

Posted by Mariachi Campanas de America on Monday, May 25, 2020