A security guard tells KENS 5 he didn’t know Officer Dezi Rios’ history of road rage incidents until after he says the police officer assaulted him. 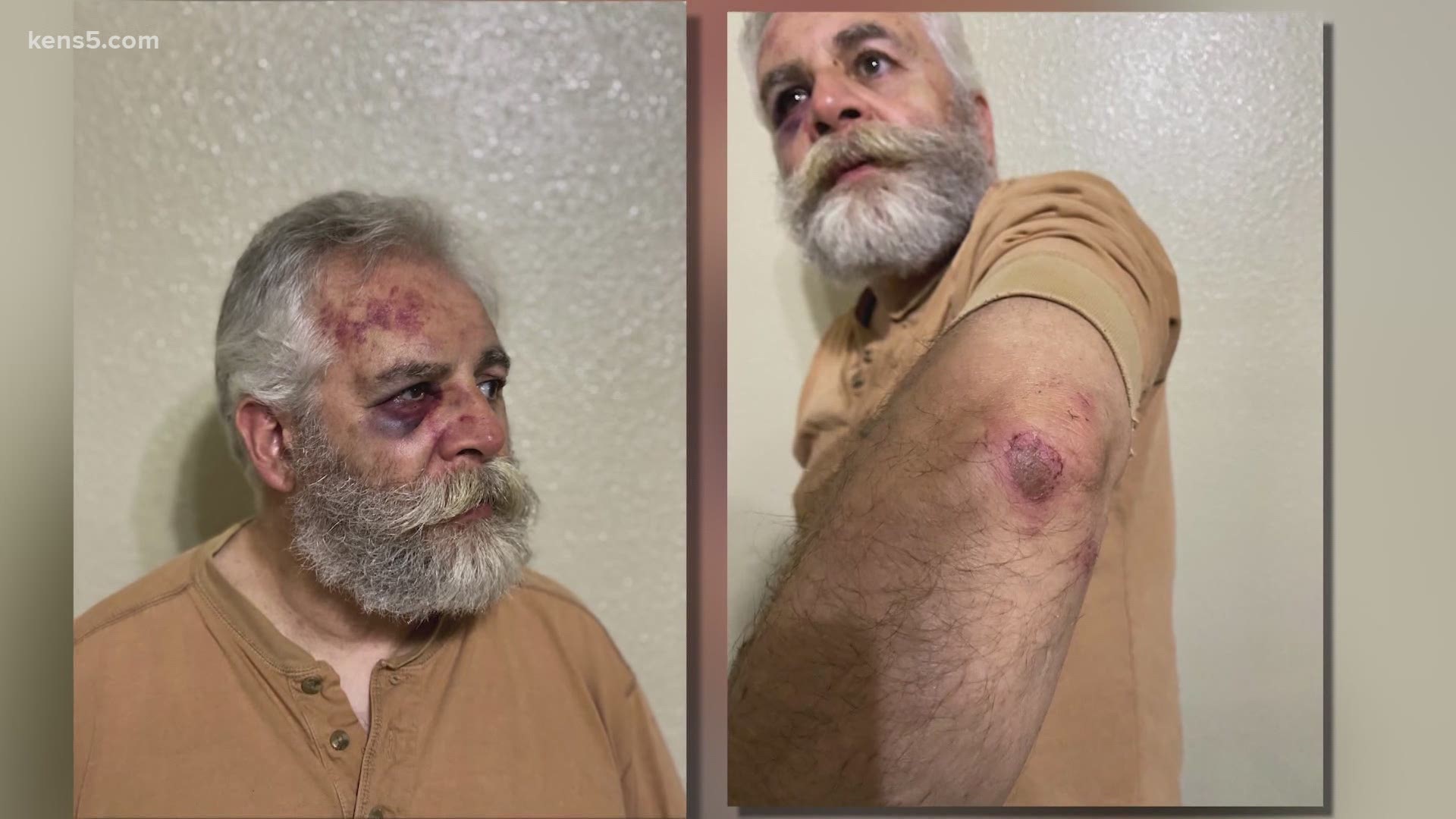 SAN ANTONIO — A man says an off-duty San Antonio Police officer struck him 20 to 25 times after he crashed into a vehicle and left the scene.

The man says it happened after he followed officer Dezi Rios, who was arrested and charged with DWI and failing to stop and provide information.

He says SAPD officer Dezi Rios rear-ended him and left the scene at Stahl Road and O’Connor Road—Halibian followed him more than two miles to the turnaround at Loop 1604 and Bulverde Road.

Halibian says after Rios crashed into the curb, he got out of the car to confront Rios.

“I got punched, kicked, thrown on the floor...you name it,” Halibian estimates he was hit 20 to 25 times.

He has a broken nose, fractured eye socket and a missing tooth.

Halibian says he asked a witness to call 911, and they said police were on the way. Police arrived 30 seconds later, and that’s when Halibian says Rios’ demeanor changes.

“He was saying, ‘stop it, I didn’t do nothing to you, I didn’t touch you, you were the one punching me,’” Halibian recalls.

Rios claims he took a gun that Halibian pointed at him—but couldn’t explain to officers why the gun was still in the victim’s holster when they arrived on scene.

“The way he came out of his car, you can tell he was drinking,” Halibian said.

The report says Rios was suspected of being intoxicated.

KENS 5 reached out to Rios’ attorney for comment, but we haven’t heard back.

Halibian and his attorney Paul Garcia are waiting for the justice system to run its course.

Rios is accused of shooting a man and woman outside of All-Stars Gentlemen’s Club after allegedly cutting them off on Interstate 10 back in 2018. During the shootout, Rios and the man he cut off were shot multiple times.

The male victim, Demontae Walker was paralyzed for life. Walker’s wife’s cousin who he was driving to the club to apply for a job was grazed in the head by a bullet.

“The law enforcement, they should be taking care of all the people having personal issues,” Halibian said.

Rios is on unpaid suspension while the investigation is ongoing. According to court records, he bonded out of jail the day after his arrest.