Officer Dezi Rios, who was shot multiple times and shot two people in 2018 after a different road rage incident, is suspended following his arrest. 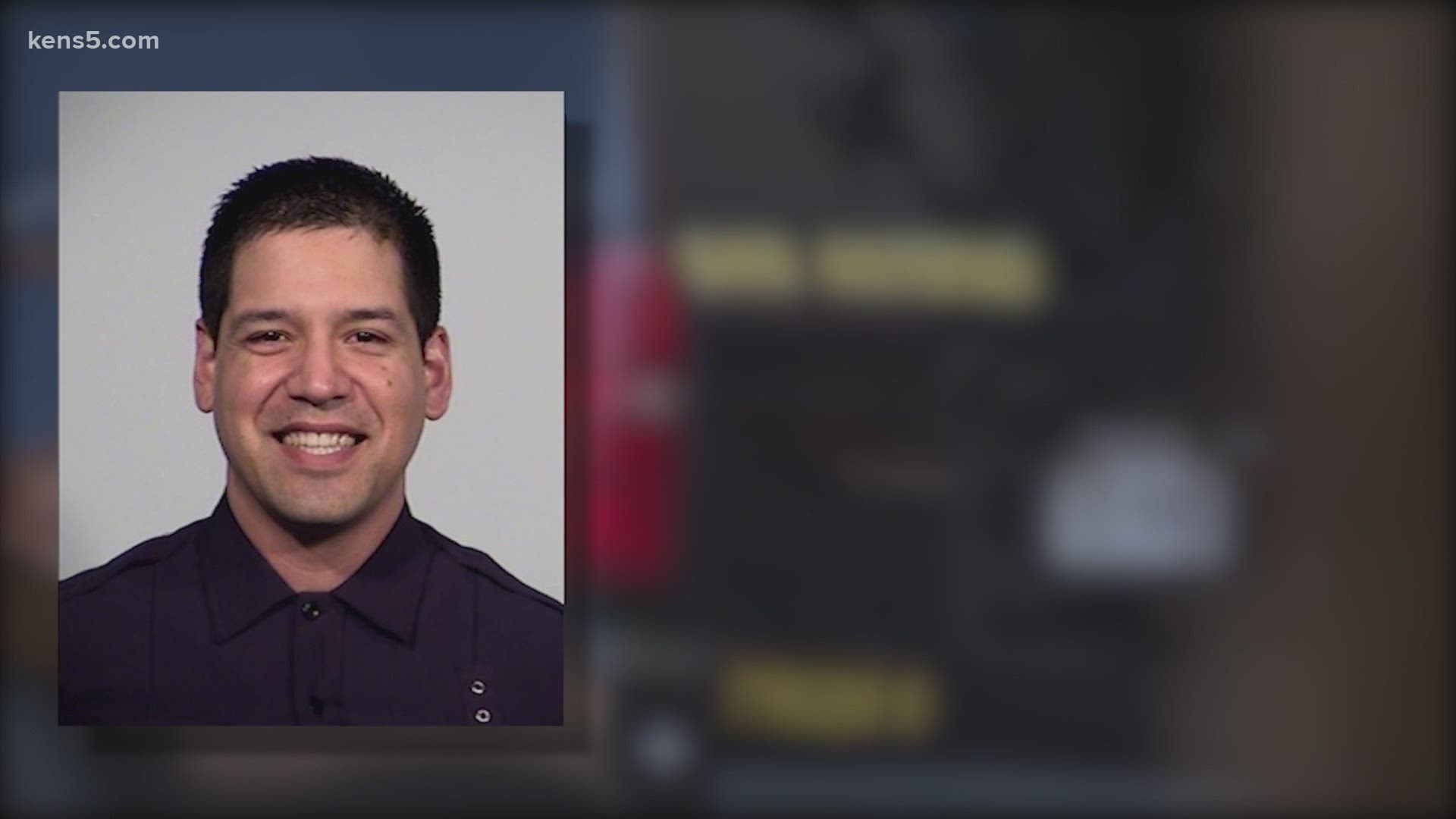 SAN ANTONIO — A San Antonio police officer with a troubled past is facing multiple charges after he was arrested Monday night.

The San Antonio Police Department says Officer Dezi Rios was arrested for DWI and failing to stop and provide information.

According to police, Officer Rios was off duty when he got involved in an accident and left the scene. The other driver, a 61-year-old man, followed and confronted Rios. Police say Rios assaulted the other driver.

"I think it's about time that he [Rios] has been charged with a crime. He is an awful, awful person and a bully," said Charles Adams, an attorney who represented Demontae Walker.

Walker was left paralyzed and charged with a crime after a May 2018 shootout involving Rios following a road rage incident.

Walker was driving down I-10 when reports say Rios, who was off duty at the time, cut off Walker at over 100 miles per hour. The two men pulled into the AllStars Gentlemen's Club parking lot where they shot each other, each hit multiple times by bullets.

Walker was left paralyzed for life and his wife's cousin was shot in the head but survived.

"[Walker] was able to walk with robotic assistance a few weeks ago, but he's fighting and struggling to regain some semblance of the life that Dezi Rios stole from him," Adams said.

Adams is critical of SAPD and the Bexar County District Attorney's Office.

"At the end of the day, this incident last night, this is on all the people who protected Dezi Rios and allowed him to remain a police officer," Adams said.

Rios was suspended for 15 days before returning to the job. According to a letter detailing Rios' suspension, he was drinking prior to the shooting and was 'unfit to report for duty.'

Neither Walker nor Rios faced charges following an investigation by the Bexar County District Attorney's Office.

The San Antonio Police Department declined to comment further on the DWI.

Adams thinks while there is no accountability held for what happened to his former client, he says investigators can do the right thing following this latest incident.

"What the San Antonio Police Department can do, and what the Bexar County District Attorney's Office can do, they can ensure he'll never have a badge again by prosecuting him to the fullest extent," Adams said.

"Any conviction should likely end his career and that's what needs to happen," Adams said.

According to SAPD, Rios could face additional charges of assault at a later time.

He is bonded out of jail and is suspended without pay by the police department.

Rios is currently assigned to Northwest Patrol but was on extended military leave since July 2019.