The 8-year-old who passed away has been identified as Santiago Abel Martinez. His family is holding a service in his honor. 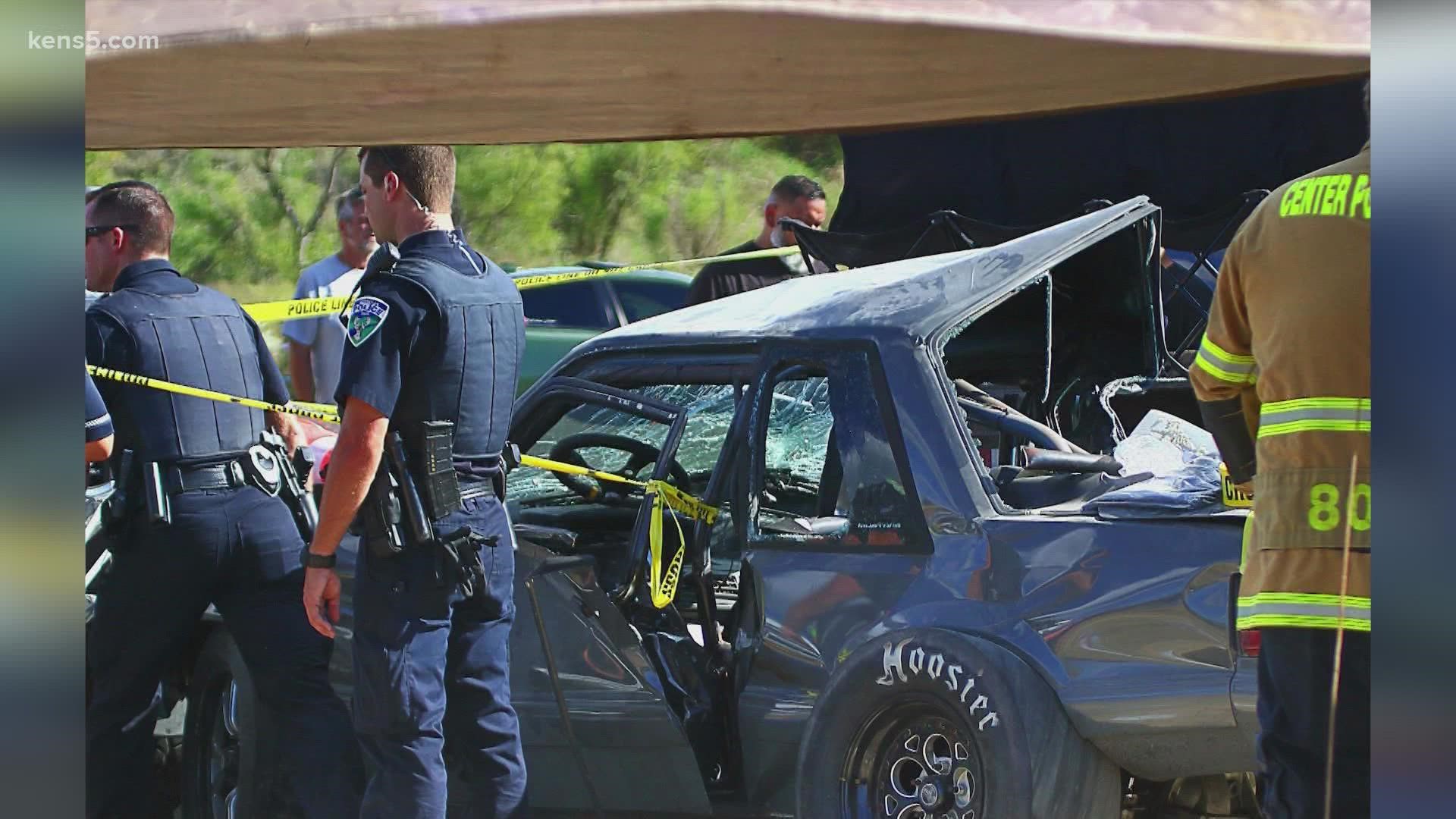 SAN ANTONIO — Two young boys – one 8-years-old, the other 6-years-old – were killed Saturday after a crash at an organized drag-racing event at the Kerrville-Kerr County Airport, Kerrville Police Department officials say. Eight others were also injured.

Days after the crash, one of the eight victims who was injured passed away. She has since been identified as 46-year-old Rebeca Cedillo of Converse.

The 8-year-old who passed away was identified as Santiago Abel Martinez. His family is holding a service in his honor. His family's attorney says, "We are presently conducting a fact finding mission to gather more details about the incident in question, about all involved in this tragic incident which transpired in Kerrville, Texas." A news briefing is also expected to take place Friday.

Two of the injured victims, a 4-year-old boy and a three-month-old baby girl, were taken to Peterson Regional Medical Center as a precaution, while two others were treated at the scene by first responders.

Authorities say four others were airlifted to hospitals in Austin and San Antonio. In the following days, 26-year-old Chance Jones and 27-year-old Katie Walls were released from the hospital, as was the driver, 34-year-old Michael Gonzales, of Fort Worth.

Tragedy struck the self-billed "Airport Race Wars 2" around 3:20 p.m. Saturday when KPD officials said a car participating in the race "lost control and left the runway, crashing into parked vehicles and striking spectators."

Kerrville Police are leading the ongoing investigation, and said that the Mustang lost rear traction and began to slide from side to side on the track before sliding off the track.

Multiple GoFundMe fundraisers have been organized to help victims with medical expenses and funeral costs.

The below videos, provided via Snapchat Maps, show cars preparing to race earlier in the afternoon and, later, helicopters arriving on the scene.