Ice cream truck? Southside ISD figures out a way to feed the district

At the start of the year, bus drivers would drive through neighborhoods delivering meals. The problem? No one showed to pick them up. 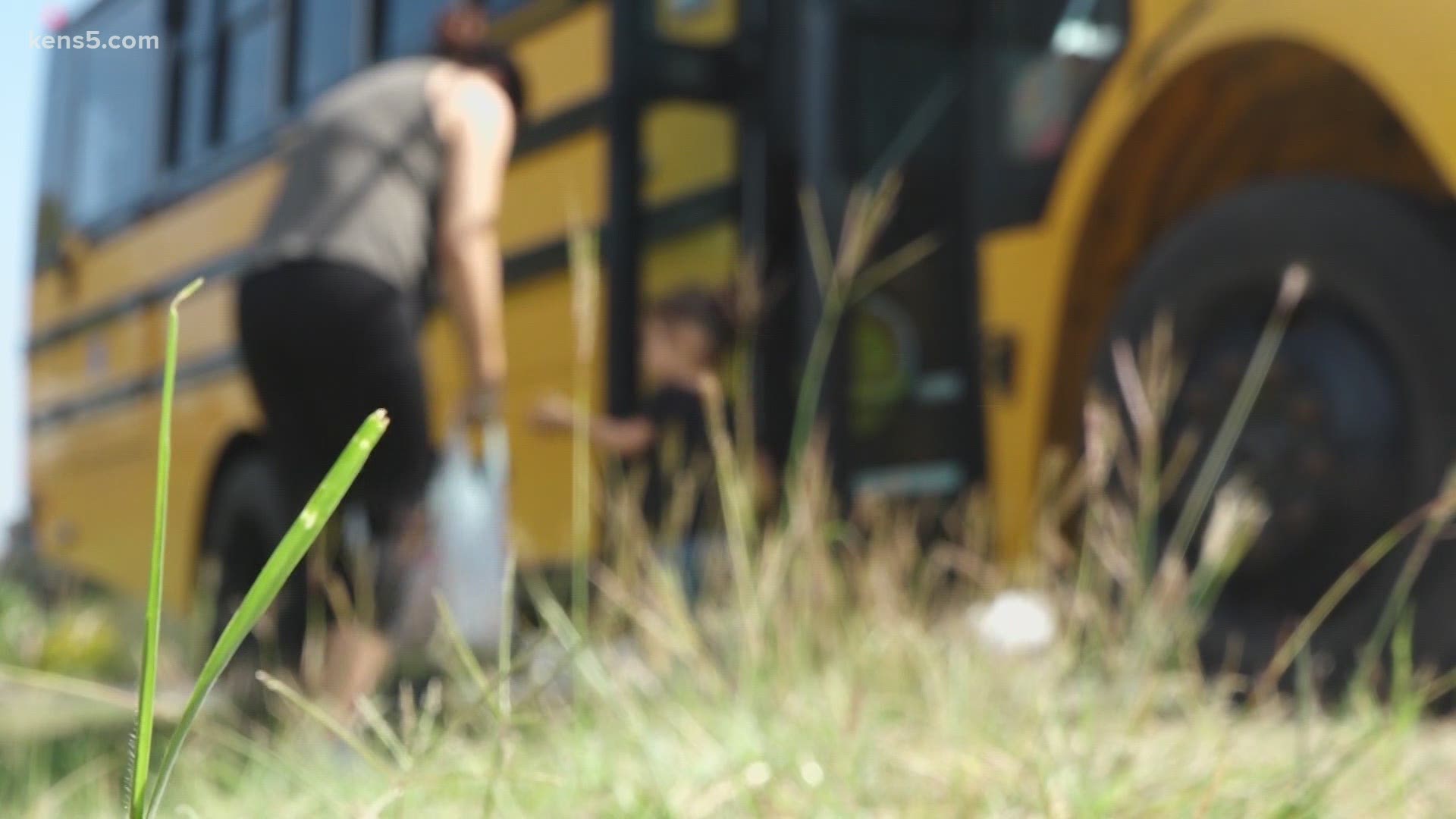 SAN ANTONIO — Attached to the fence in front of Mathey Middle School is a sign that reads, "We Are One."

But during this time of uncertainty, it's hard to feel like "one" of anything. With most Southside students still learning from home, a major concern loomed over school leaders.

"We're in a community where there's not a lot of places where they go and pick up meals, or buy, so we want to make it accessible for them," Child Nutrition Director Janie Ramirez said.

At the start of the year, bus drivers would drive through neighborhoods delivering meals. The problem? No one showed to pick them up.

"We were not getting good participation," Ramirez said. "So we started thinking, what can we do?"

How can you get a bunch of kids out of their house?

"We thought it was ice cream man," Maria Martinez laughed. "So, it helped us. It got our attention, so it's a good idea."

The school district installed a speaker to the bus that played the common melodies of an ice cream truck. Since the change, the district went from feeding 800 kids a day to 2,300.

Angel Barajas picks up five meals for him and his siblings, including his little sister who was towing on the back of his bicycle.

Food these employees are happy to provide.