Scott Deem lost his life in a 2017 structure fire at the Ingram Square Shopping Center. 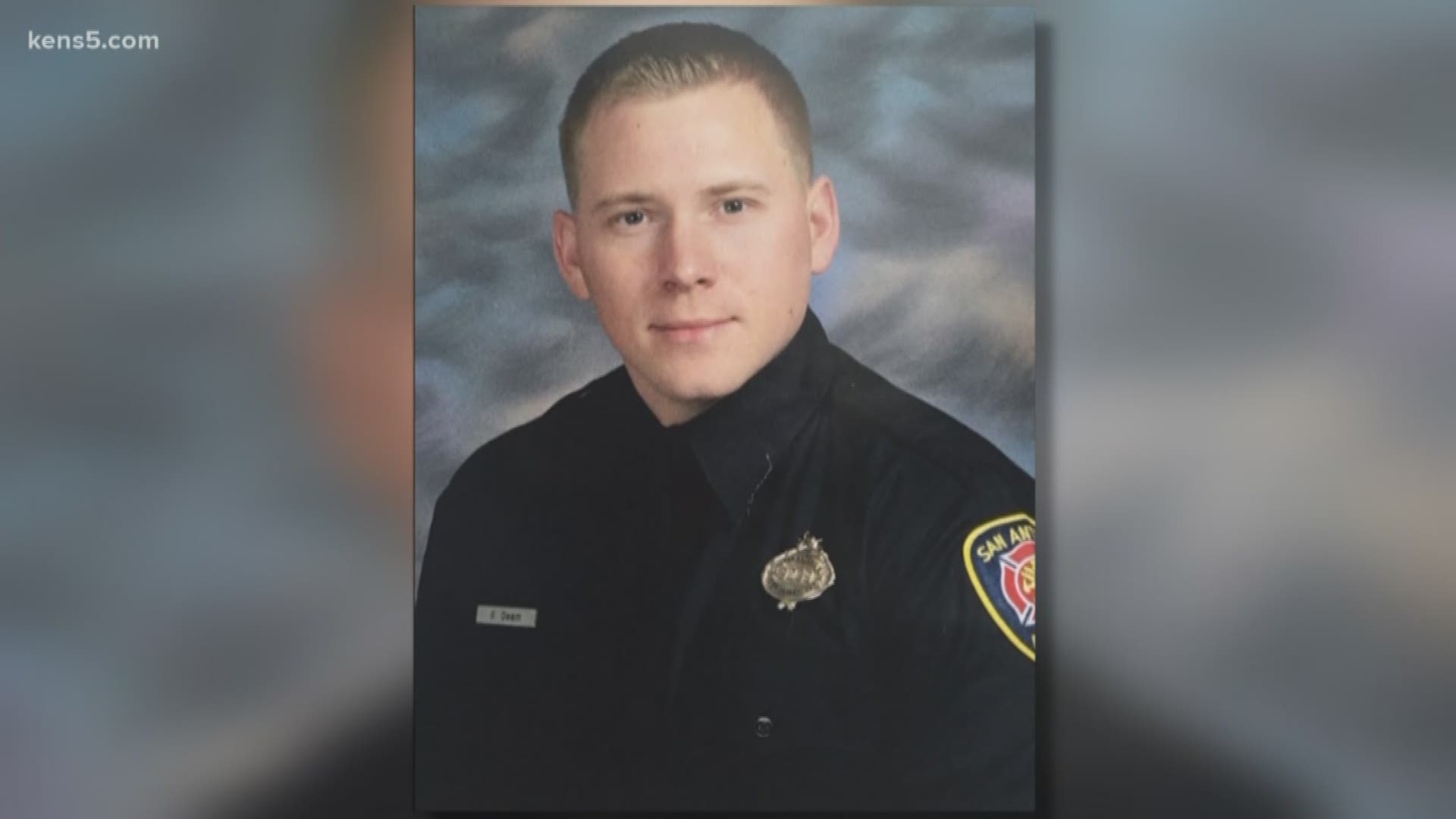 SAN ANTONIO, Texas — The families of two San Antonio firefighters badly injured and killed in a massive fire that ripped through the Ingram Square Shopping Center in 2017 have sued the manufacturer of a lifesaving device they say failed while the two were trapped in the burning structure.

Deem, a six-year veteran of the San Antonio Fire Department, and one of the first to arrive on the scene, was just 31 years old when he died while fighting the massive strip-mall fire on May 18, 2017.

An attorney representing the family of Deem said that his life "could have been saved" had a Personal Alert Safety System device attached to his suit signaled an alarm. The alarm is intended to alert others of a trapped firefighter's location, but in Deem's case, the PASS device failed, according to the family's attorney.

Brad Phipps, a firefighter who suffered from life-threatening burn injuries in the same 2017 fire, was also equipped with a PASS device, but according to his attorney, it did not signal an alarm.

Wednesday, the attorneys representing the two families announced the filing of a lawsuit against the PASS devices' manufacturers, Scott Technologies. Additionally, the families are suing the owner of the Spartan Boxing Gym for allegedly starting the deadly fire.

A trial for the man accused of starting the fire, 40-year-old Emond Johnson, who was the owner of one of the Spartan Boxing Gym where the fire was started, began this month.

Johnson has been charged with murder and arson.

The San Antonio Fire Department declined to comment on the matter.