SAPD has arrested Emond Johnson, who's accused of arson in the Ingram Square fire case that killed Firefighter Scott Deem. 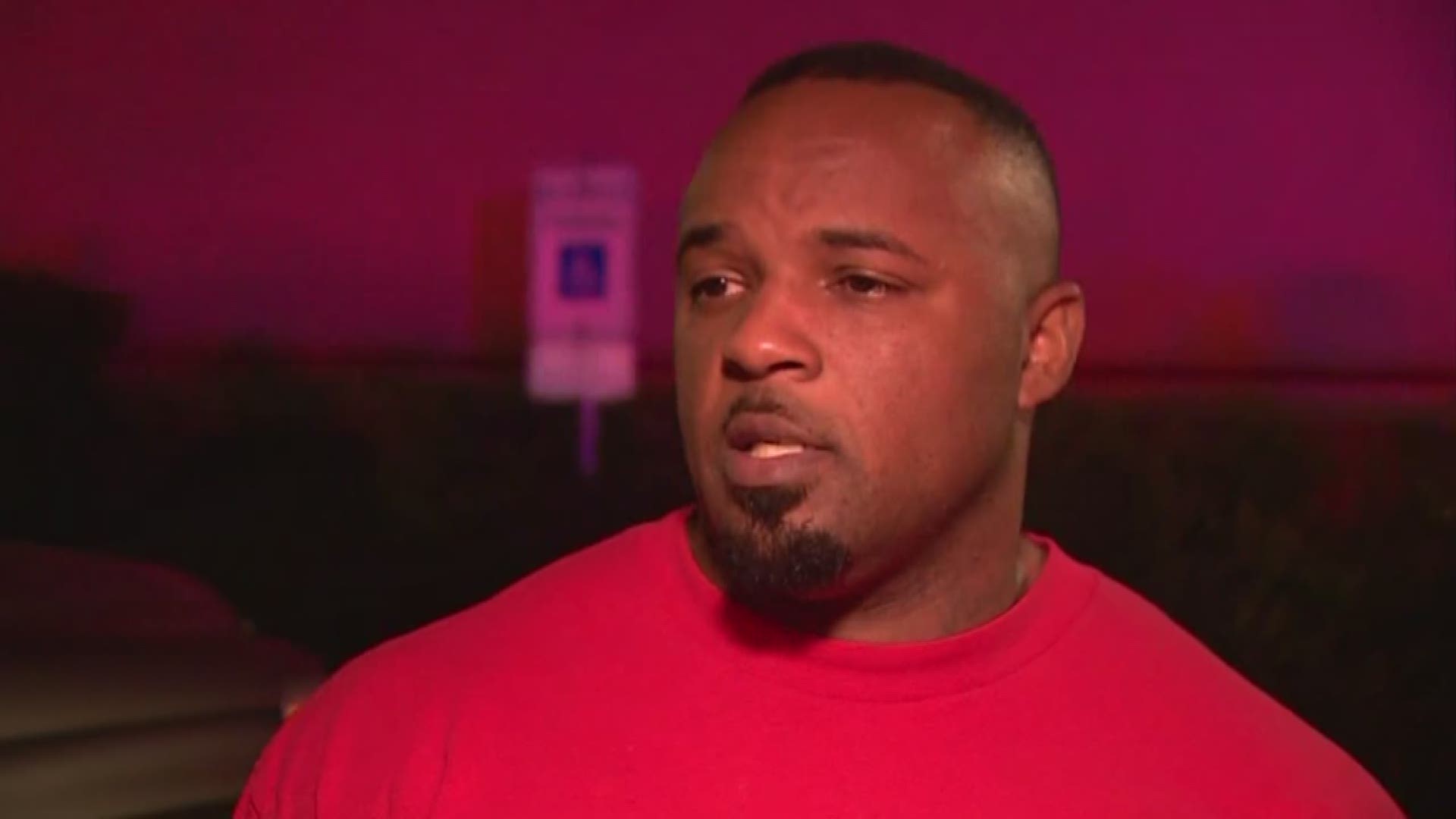 The owner of The Spartan Box, a gym in the Ingram Square Shopping Center, has been arrested for numerous felony charges, including murder and arson, after an investigation concluded he was responsible for setting a fire that claimed the life of one firefighter, and severely injured another.

Although San Antonio Fire Chief Charles Hood said that Johnson admitted to setting the gymnasium ablaze, the night of the fire he gave KENS 5 a different story when he interviewed with us on the scene.

In the interview, Johnson identified himself as the co-owner of The Spartan Box gym. He expressed his shock at finding his business burned to the ground as well as his appreciation for the efforts of the San Antonio firefighters responding to the scene.

"My heart goes out to those firefighters that are out here trying to salvage our businesses, and I pray for them,” Johnson said at the time.

Although he identified himself as a co-owner, a police investigation found that he is listed as the only person responsible for the financial obligations of the gym.

Johnson created a GoFundMe page following the fire to recover losses after the gym burned down in the fire. He raised $2,400 of his $10,000 goal. The arrest document states that all but $200 and change had been withdrawn from the account.

An investigation into the fire found that the fire originated from a rear storage unit in the gym and that investigators found the remains of containers full of "petroleum distillate or gasoline" in the room.

The investigation also found holes in statements Johnson had made about electrical wiring at the business as well as the time he left the business on the night of the fire and how he'd secured the rear entrance before the fire started.

The arrest document also states that after presenting the evidence to Johnson, Johnson confessed saying that he started the fire applying the cigarette lighter from his car to a spilled gasoline/oil mix after falling behind on payments to his facility and receiving several eviction notices.

As for the family-related assault charges, DA Nico Lahood said those stem from a separate incident.