ALL-STAR STUDENT: The sky is the limit for Isa Link

The John Paul Stevens High School Falcon is already soaring to new heights by setting her feet in motion. 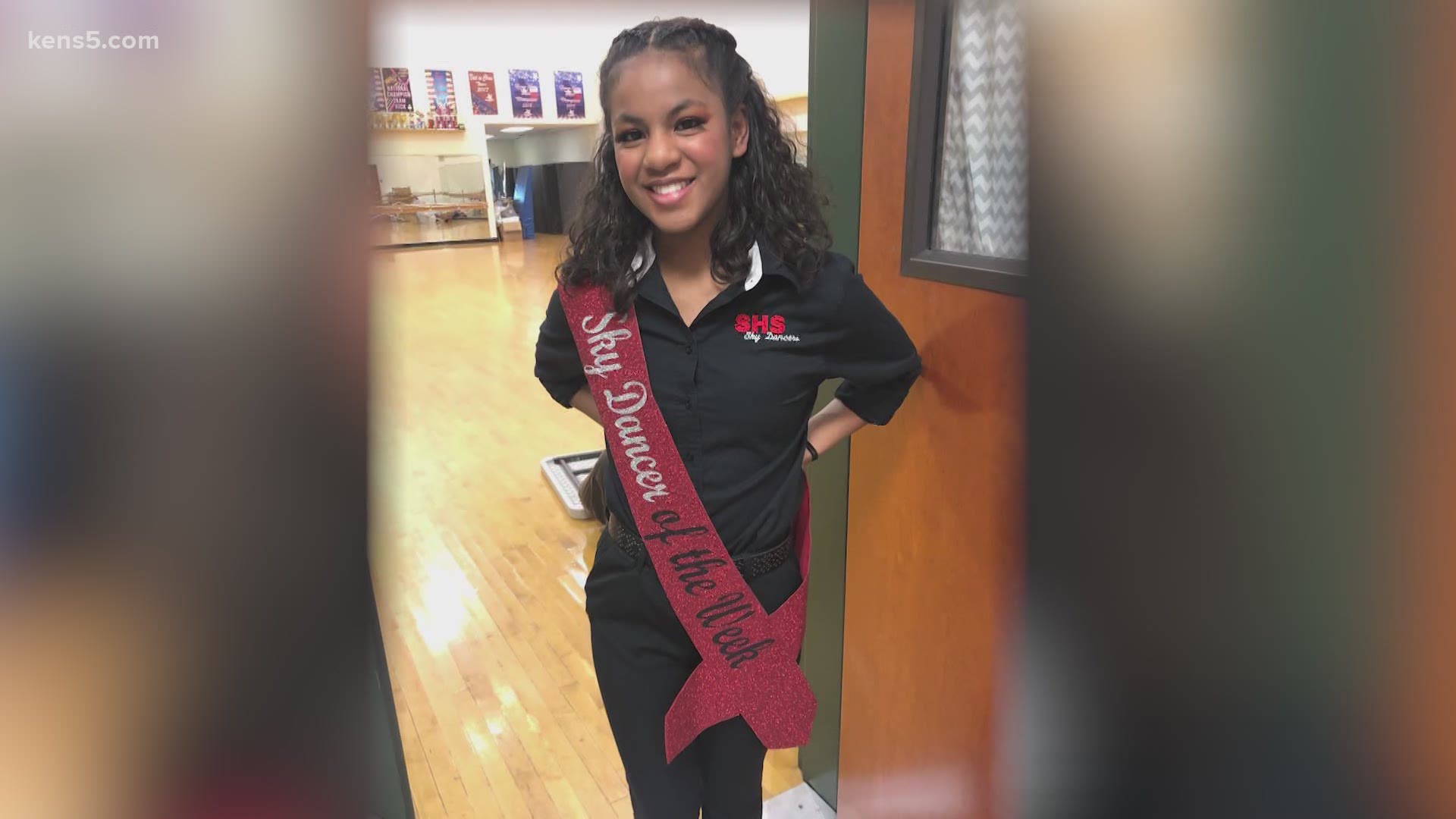 SAN ANTONIO — Spend just a few minutes with Isa Link, and you can’t help but smile.

That was the message from Isa's Academic Advisor at Northside ISD’s John Paul Stevens High School about why the senior should be recognized as a KENS All-Star Student.

Isa is already soaring to new heights as a leader on the Stevens Sky Dancers Dance Team.

“She’s definitely an exemplar, the kind of kiddo that we’re wanting to produce as a campus and as a district,” said Ryan Purtell, Principal of Stevens High School.

Felan said Isa excels in her college-level courses, and was just selected as her peers as the Treasurer of the National Honor Society.

Isa is also the widely recognized face of the Falcon Production Team and the school’s weekly video announcements.  Link continued to broadcast the announcements from home after the Coronavirus shut down schools.

"Although she has had many responsibilities on her schedule, including her commitments to Sky Dancers Dance Team and Falcon Productions, she does an awesome job of managing her time and takes great pride in all that she does," said Felan.

“I think doing everything at once really helps me for the future,” said Isa.

Isa said she has always been shy and wanted to step outside her comfort zone.

“It’s definitely helped me a lot with being more social because before I used to be very shy,” she said.

Isa said that the road to success hasn’t always been easy.

“I have ADHD, so it’s very hard for me to focus in class, so I try to make things fun so I could be more interested,” said Isa.

The senior also worked a double-shift every weekend before and during the pandemic at Whataburger.

It’s that grit and determination that Purtell said sets Isa apart from her peers.

“At the end of the day, students look at their peers and how they carry themselves, and Isa is a perfect example of that,” said Purtell.  “That’s why I think you see other students being drawn to Isa as a leader.”

When presenting the award, Joe Garcia from the UPS Store in Helotes said, “It is your student leadership, service to your community, and commitment to academic excellence that sets you apart from your peers.”

Felan said it's also Isa's can-do attitude and ability to put a smile on anyone’s face that sets her apart.

“You could just see her smile just standing out from the crowd, and you can’t help but just be in a good mood,” said Felan.

Congratulations Isa Link for being our KENS 5 UPS Store All-Star Student of the Week.