Truck rolls into home; driver arrested after high-speed chase on I-10

No one inside the home was injured. 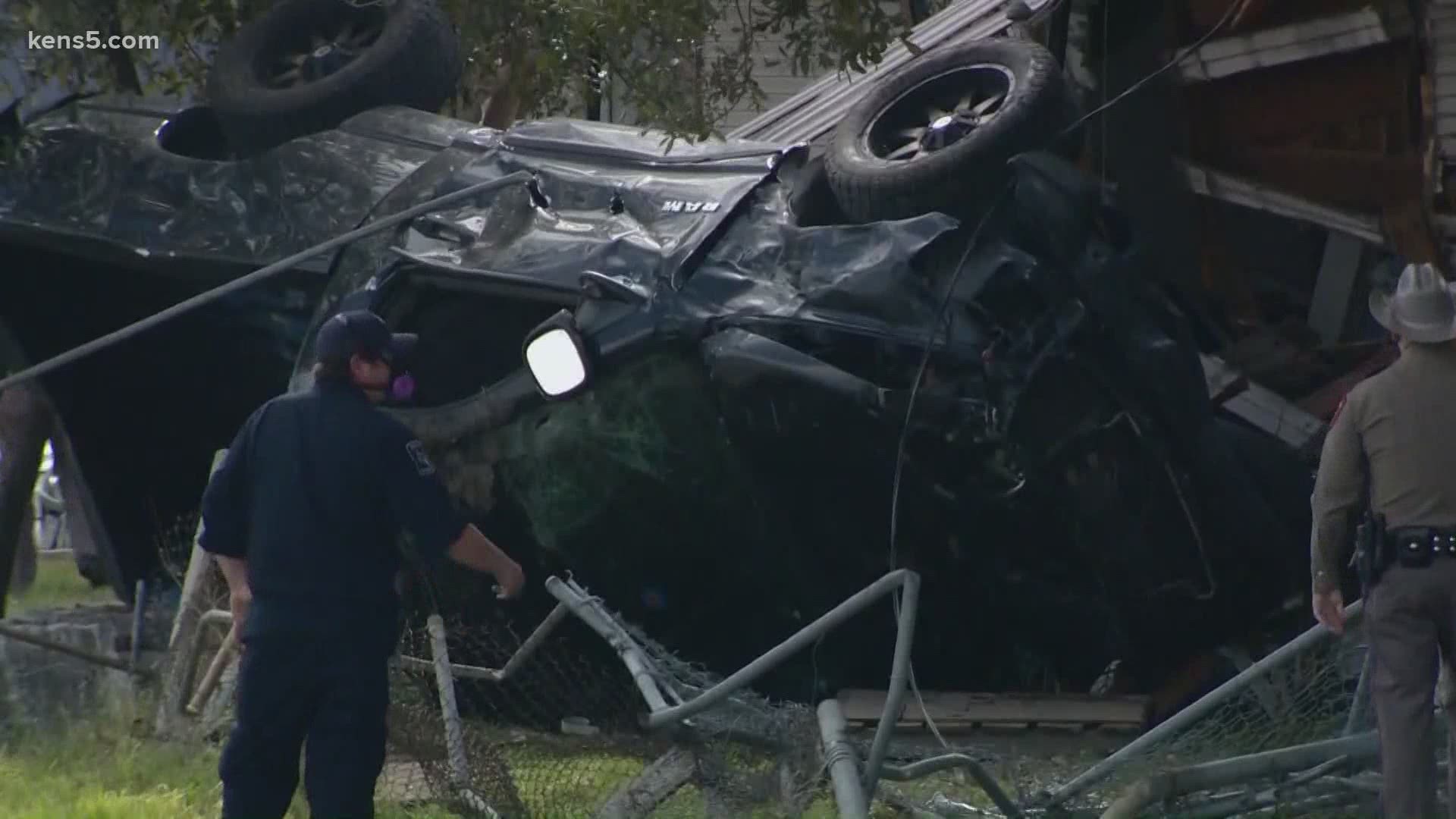 SAN ANTONIO — A driver was taken into custody and then to the hospital after rolling his truck into a home while evading law enforcement, an official with the Texas Department of Public Safety said Tuesday.

According to the official, a DPS trooper tried to conduct a traffic stop after witnessing the driver of a Dodge Ram speeding along Culebra near I-10. The driver then allegedly entered the interstate in an attempt to evade the trooper and reached speeds in excess of 100 mph.

The driver then exited I-10 at San Fransisco and tried to take the turnaround in an attempt to get away. The DPS official said the driver lost control of his vehicle, and the truck then rolled into a home. The residents were inside but were uninjured, DPS said. The trooper was able to take the driver into custody without incident; he was taken to University Hospital for treatment to injuries sustained in the crash.

DPS said they don't know why the driver evaded law enforcement. Investigators have not been able to search the truck because a power line is laying across the vehicle. Workers with CPS Energy are clearing the power line before DPS can search the truck.

No one else was in the truck, DPS said. The driver faces a felony charge of evading arrest with a vehicle, though law enforcement said he could face additional charges pending the conclusion of their investigation.