The Los Angeles Lakers celebrated their Monday night win over the Spurs at a San Antonio staple. 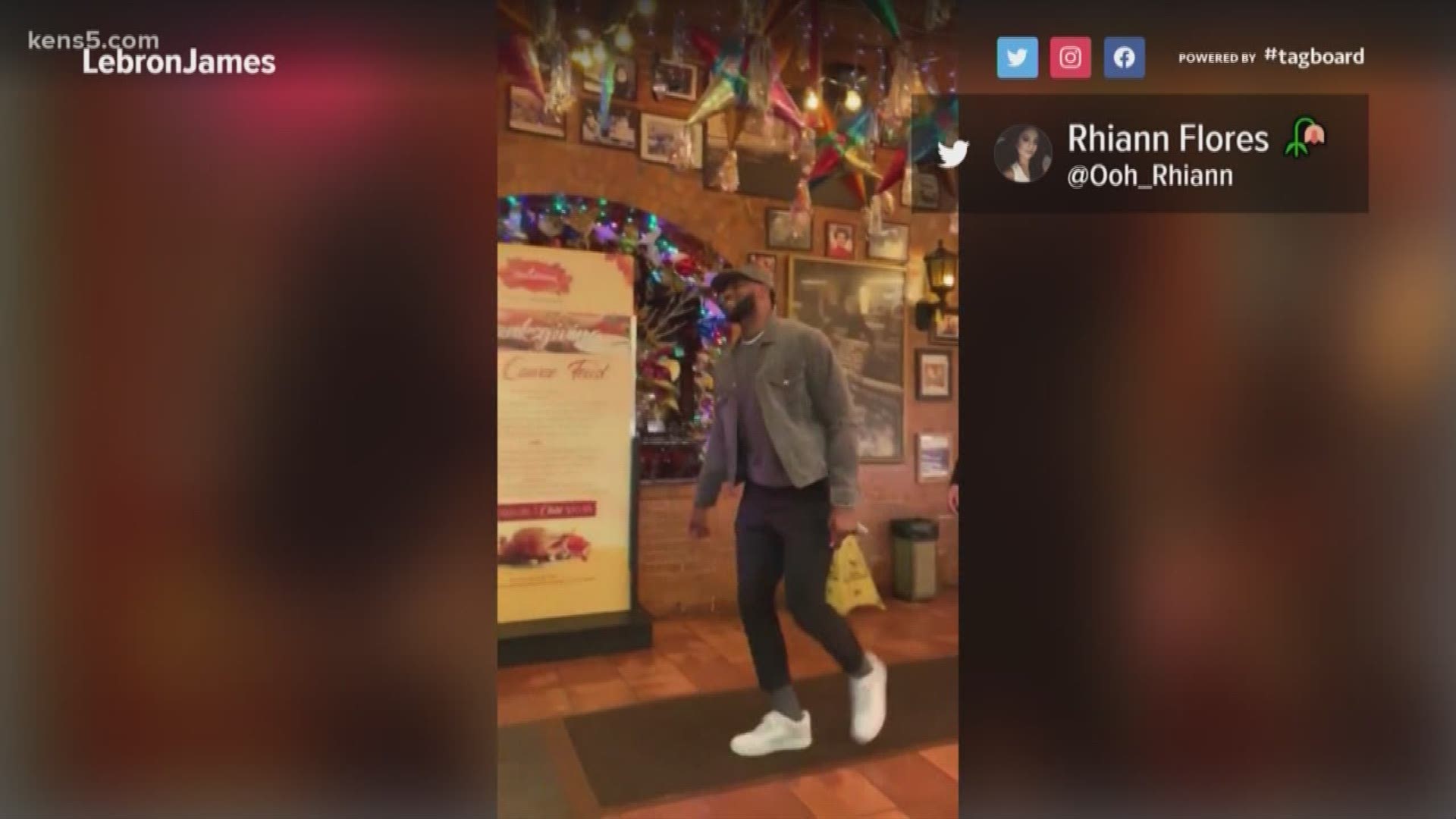 The Lakers' frontman celebrated the Los Angeles Lakers' win against the Spurs and 'Taco Tuesday' with his teammates at San Antonio's iconic, Mi Tierra Restaurant.

LeBron, who recently tried to trademark 'Taco Tuesday' can be heard screaming the phrase in a video posted to Twitter, by user @Ooh_Rhiann.

Earlier in the night, the San Antonio Spurs hosted the Los Angeles Lakers at the AT&T Center.