During World War II, the tracks were torn out for salvage iron, and bats quickly took over the tunnel. 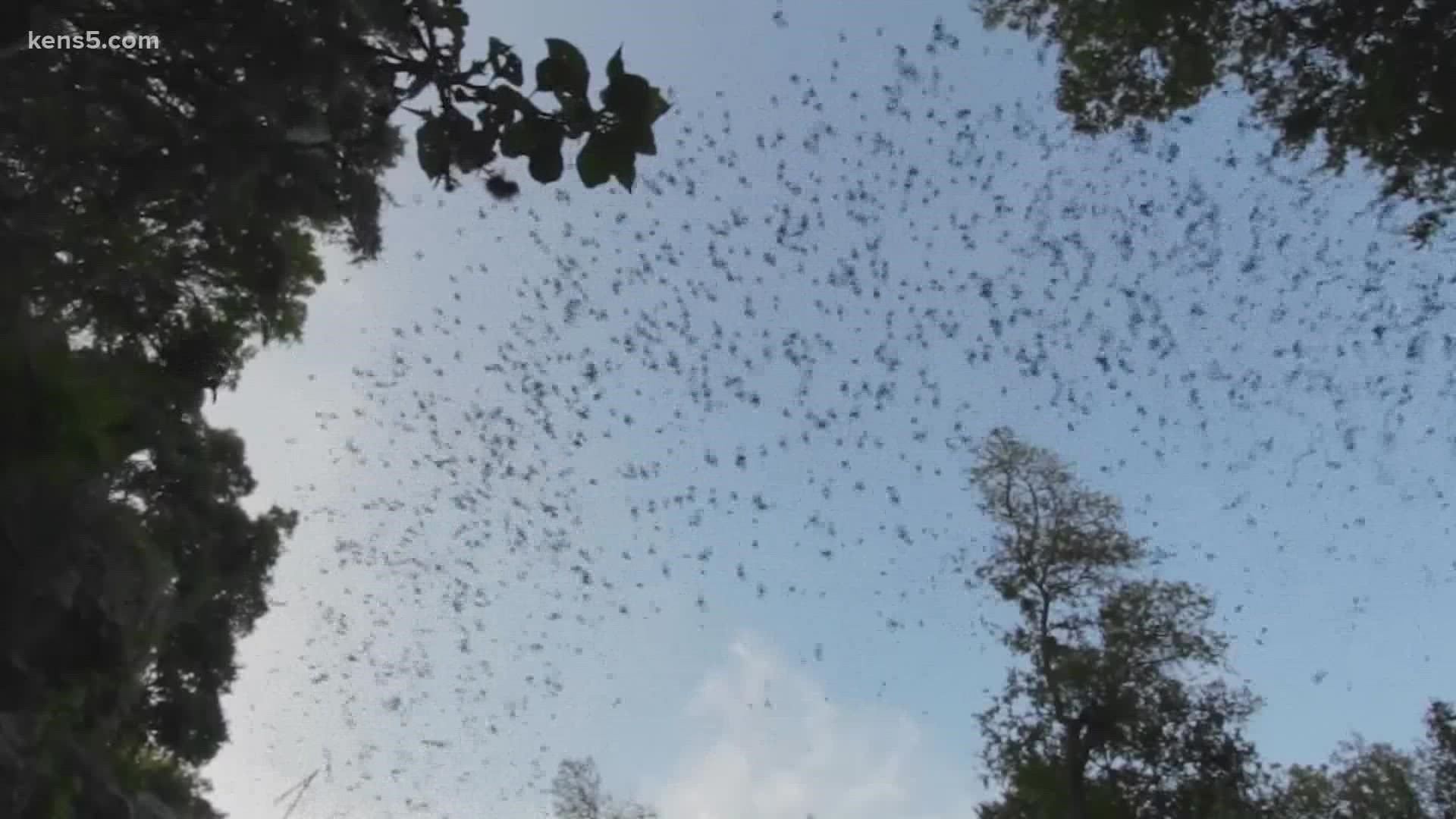 SISTERDALE, Texas — It is the smallest state park in Texas, but if you go by visitors per acre, it would not doubt be one of the busiest. Old Tunnel State Park has something that has people flocking there -- bats!

"At our peak, there are probably three million bats in there" says park superintendent Nyta brown. "In there" is the old railroad tunnel that used to have the San Antonio, Fredericksburg-Northern rail line running through it.

The rail line was built to better connect Fredericksburg to San Antonio. That meant building 24 bridges and a tunnel through one hill that was too steep to go over. But the line never really profited much, and by 1942, it folded.

During World War II, the tracks were torn out for salvage iron, and bats quickly took over the tunnel. One day, the landowner noticed what he thought was smoke. When he went to check it out, he found it was a cloud of millions of bats funneling out of the tunnel.

The state bought the 16 acres around the tunnel in 1991 and made it a state park. Now, at least 30,000 people a year come to watch the bats fly out of the tunnel every night to go feed.

Brown says, "We actually had to change our capacity limits because we had on occasion, let's say on a holiday weekend, sometimes more than 500 people here, and it was just too many."

It's easy to see why. The bats are fascinating to see, and to some people, still a little scary. "They don't want to be anywhere near us, as much as we don't want to be near them," says Brown.

It's only about an hour from San Antonio. You have to go online to buy a ticket to watch the bats. You can also find videos of it if you want to see them before you go. If you'd like to check it out, click here.