Commentary: Portland is ready to challenge the Warriors dynasty

Counting out the Trail Blazers is something those players are more than used to. 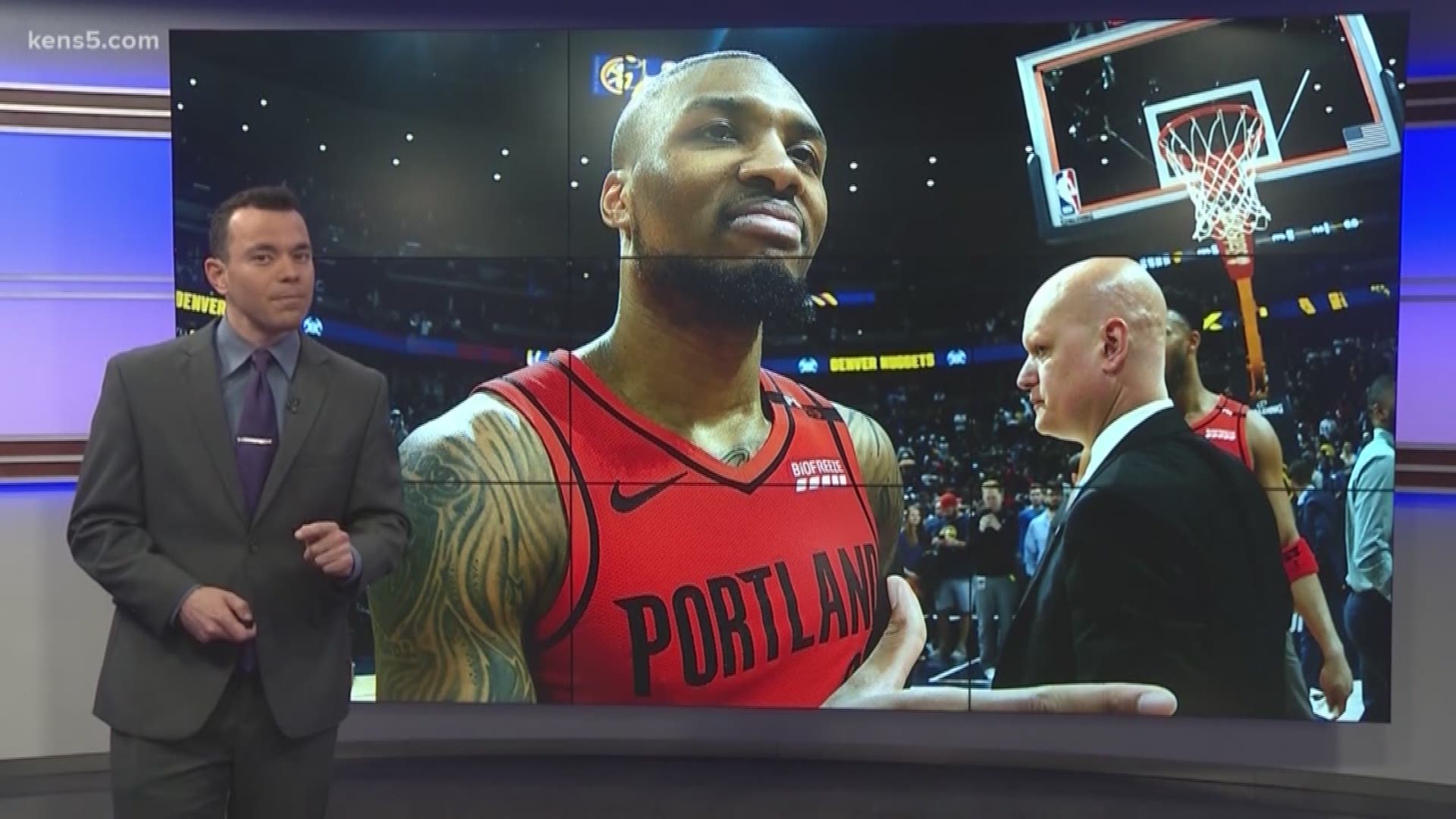 SAN ANTONIO — My co-anchor Phil Anaya came up to me in the newsroom shortly after the Blazers won Game 7 over the Nuggets and said, "Warriors in five."

All right. Fair enough. The Trail Blazers are mega-underdogs and the Warriors are a super-team. It's going to be a popular prediction, maybe the right prediction, but don't count out the Blazers. If there is one team that is supposed to take down the Warriors, it's this one.

Golden State's rise started by simply crushing the draft. Steph Curry, Klay Thompson and Draymond Green are three homegrown players and any NBA fan can support that. The animosity started brewing when Kevin Durant came to the Warriors and up to this point, it has been an impossible task to beat this squad in a seven-game series.

Then, over the summer, DeMarcus Cousins signed with the Warriors. Golden State somehow kept getting better, it seemed.

NBA fans were frustrated and NBA players were frustrated like CJ McCollum. He hosted Kevin Durant on his podcast after the Cousins signing last summer and this is how that conversation went down:

That's disrespectful, right? At this point, still true, but c'mon.

So Durant spoke his truth and then McCollum later said on Twitter that Durant's move to Golden State was soft. Durant calls him a snake, then someone on Twitter named Jennifer tells McCollum to win a playoff game, he tells her he's trying, it turns into T-Shirts and here we are!

The reason why we all gravitate towards the Blazers is because they are who they are. Maybe stubborn, maybe naive, but they believe in what they have.

They believe in it so much that when the sky was falling last year after its second first round sweep in as many years, they barely made changes. Nine guys returned from that squad. Their biggest offseason acquisition, besides re-signing Josef Nurkic, who suffered a season-ending injury this year, was Seth Curry.

If you can't get Steph, might as well get his brother, right?

Side note: We get a Curry vs. Curry Western Conference Final. So, that's cool. His parents are going to flip a coin to see what jersey they wear, but veering back on track...

This all was a risky proposition and it's paying off. You heard CJ McCollum talk about his motivation level. He's from a mid-major. Damian Lillard is from a mid-major. Enes Kanter literally can't travel out of the country because he fears for his life due to a litany of reasons I can't get into right now in his native country of Turkey.

This team is full of guys who have struggled -- guys who have scratched and clawed for every inch. My only hope is Kevin Durant is healthy enough to play for this entire series. McCollum, Lillard, fellow players and team brass did not get this far to take the easy way out. That's something they can teach Durant by beating him in the Western Conference Finals.

With all the thoughts around super-teams, it's something they can teach this entire league, too.

So go ahead, predict the Warriors to win.

It's the easy choice, right?

Son donates kidney to his mom in time for Mother's Day