A UTSA professor from Cuba says people are not afraid of its government anymore after protests broke out this weekend. 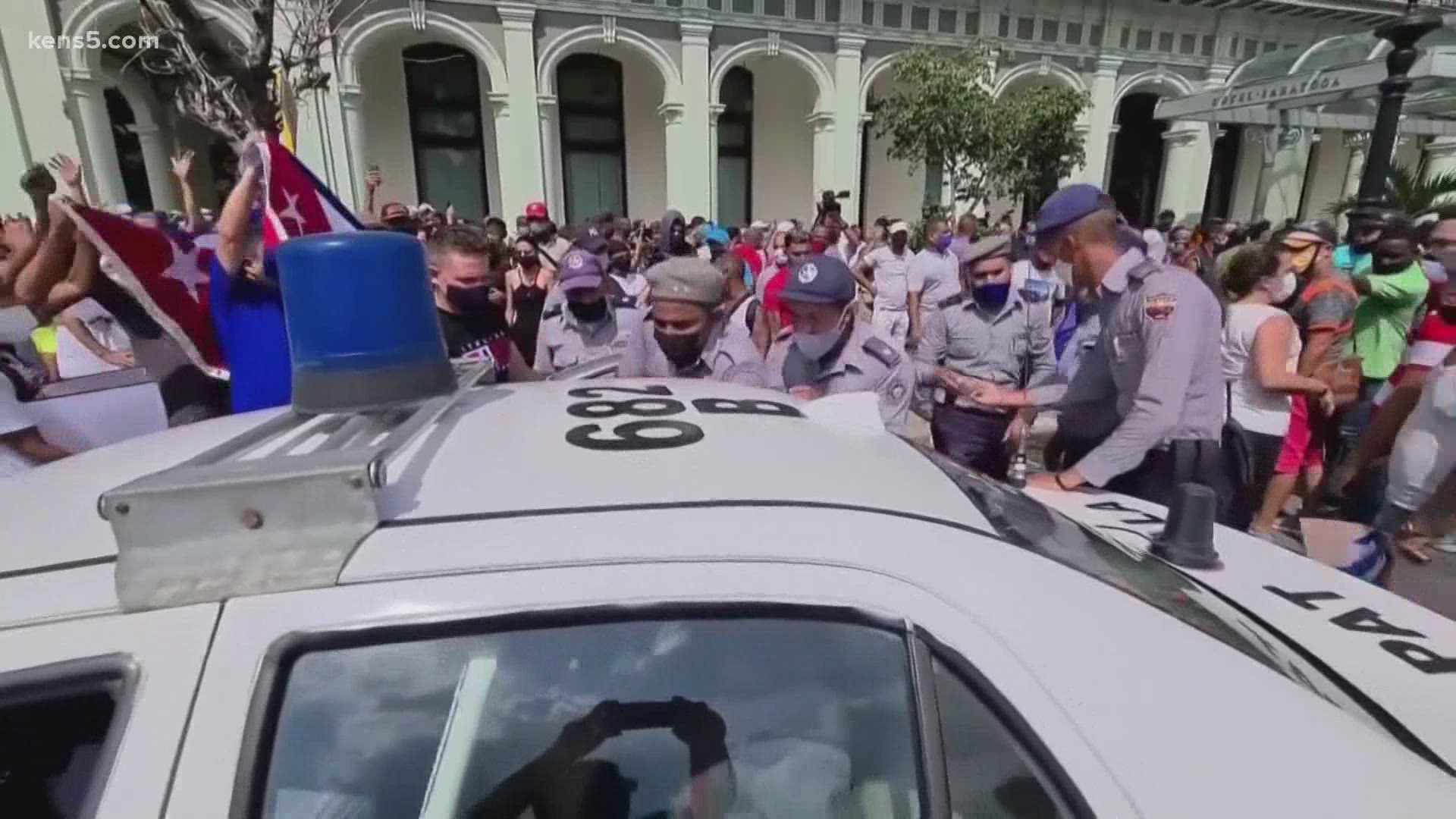 SAN ANTONIO — Cuba is seeing one if its largest anti-government protests in years. People fed up with the food and basic supply shortages made worse by the pandemic are speaking out against its government.

Safety concerns are growing for Cuban-Americans in San Antonio.

In the United States, people are also voicing their support for those people they say are being oppressed by the Cuban government.

"People are trying to come together and get that freedom for Cuba and get those people, heard, fed, and medicine and everything they need," Carlos Espino is Cuban-American and owns El Corazon International Food Truck in San Antonio.

The chef of 20-plus years says his relatives have been in contact with family, but Internet shutdowns have made it difficult for some to contact family.

"When all this started, [my dad told me] my family is doing okay, but all my aunts are cousins were all scared to go out because of the protesting and the lack of medicine," Espino said.

Elected officials including US Senator Ted Cruz tweeted that Americans stand with Cuban men and women fighting for freedom.

The American people stand squarely with the men and women of Cuba and their noble fight for liberty.

Worryingly, the Biden admin has stopped short of strong support for those marching in the streets of Cuba. https://t.co/xjssKCiT4G

Since the protests started this weekend, the government has responded with force.

“The president of Cuba called counter-protestors. In reality, they are military and police dressed as civilians. They’ve started beating people, shooting people, some have been kidnapped or disappeared,” Jorge Felipe Gonzalez, assistant professor of history at the University of Texas-San Antonio said.

Gonzalez was born and raised in Cuba, and studied there before leaving the country in 2013, and says the country will never be the same.

While Espino thinks the US embargo on trade with Cuba being lifted could help resolve some of the economic issues, Gonzalez thinks the issues are deeper.

"Certainly, the embargo has made it harder for Cubans on the street, but the main transformation that needs to happen in Cuba is not about the embargo, it's on the Cuban government," Gonzalez said.

Espino hopes that the US can offer assistance to the Cuban people.

"Get them the medicine and the food they need, the supplies and help," Espino said.