Inside Texas Politics: How the latest COVID-19 relief package will benefit Texas cities 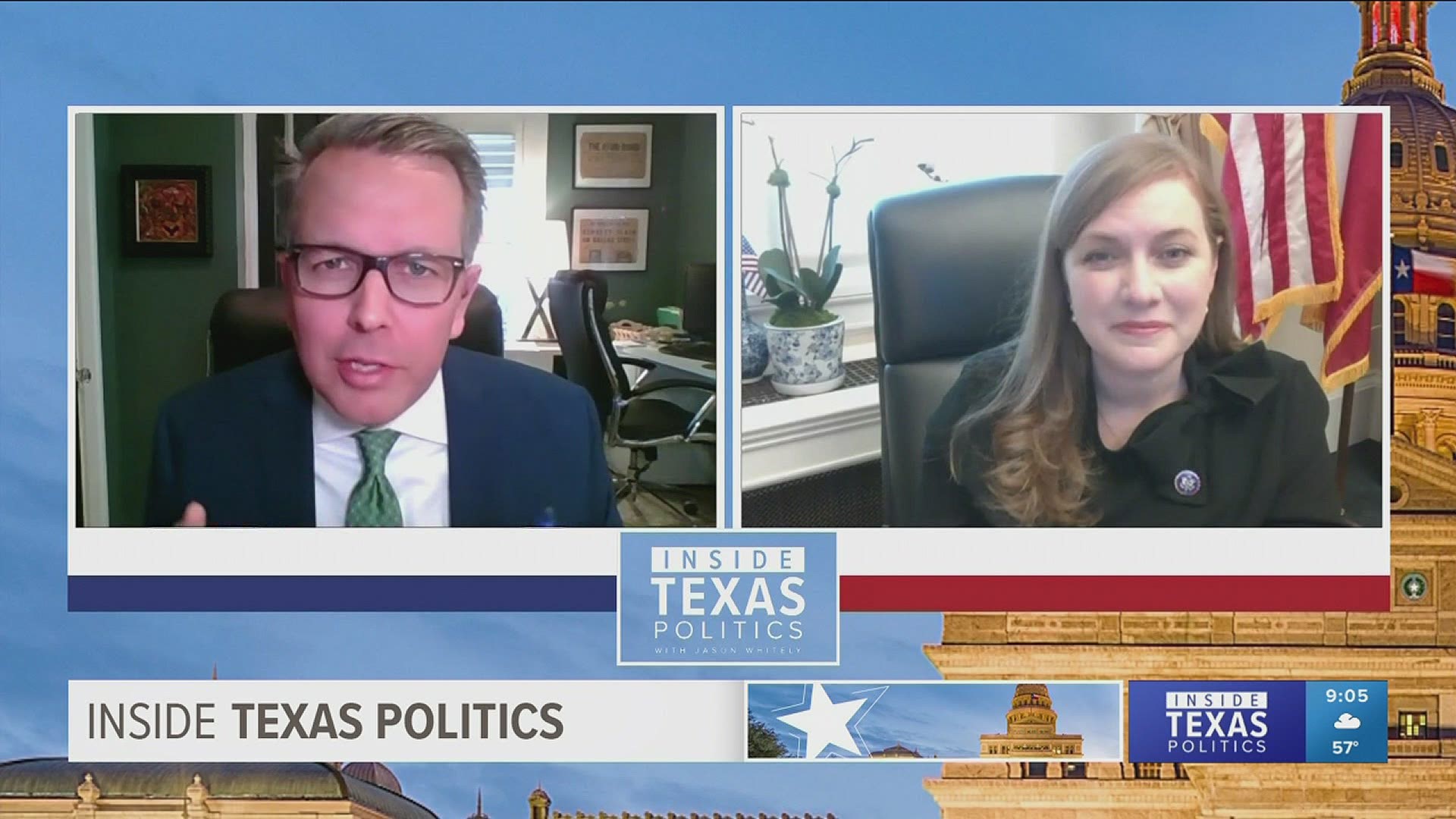 The bill is not as big as the $2 trillion one passed with bipartisan support last year. But this one still means financial support for Texans and Texas cities.

Congresswoman Lizzie Fletcher represents parts of west and northwest Houston, and she spoke with Inside Texas Politics about the relief bill.

Fletcher said part of their push to pass the bill was to ensure unemployment payments were extended before the previous bill expire.

Fletcher said governments in Houston and Harris County are expected to receive $1.5 billion.

"Part of the intent of this bill is all of those operations that are essential to our operations continue," she said.

What sparked the surge at the Texas-Mexico border?

There's a new surge of migrants coming across the Texas-Mexico border. And the situation is forecast to only grow worse in the coming months.

On Monday, a group from Congress is traveling there to see it first hand.

Rep. Henry Cuellar is a Democrat whose district runs from San Antonio and Laredo down to McAllen.

Cuellar has tried to reach out to the White House, but said the administration has not been communication with members of Congress who represent the area.

In February, there were 100,000 encounters, which don't include people considered "getaways," according to Cuellar.

The months of March to June tend to be when migrant traffic peaks, Cuellar said.

The surge isn't new -- it happened during both of the previous administrations, Cuellar said -- but the pandemic does complicate the situation.

Texas Republicans are pushing ahead with legislation for their base.

A bill filed on Friday would clean up the voter rolls and tighten up rules around mail ballots. State Sen. Bryan Hughes, a Republican from Mineola in East Texas, is behind the proposals.

Federal law does allow state's to regulate websites, as long as it's consistent with federal law.

Most states haven't tried to do so, but Hughes says this bill could be the model for the nation.

"If this bill passes,  every Texan is going to have the right to go to court and to hold Facebook, Twitter, and YouTube accountable," said Hughes.

If this bill passes and social media companies are taken to court, Hughes said he believes the companies will respond and stop interfering with free speech.