"I think we can all agree that only citizens have the right to vote, so cleaning up that voter rolls system is important,” Sen. Hughes said on Inside Texas Politics. 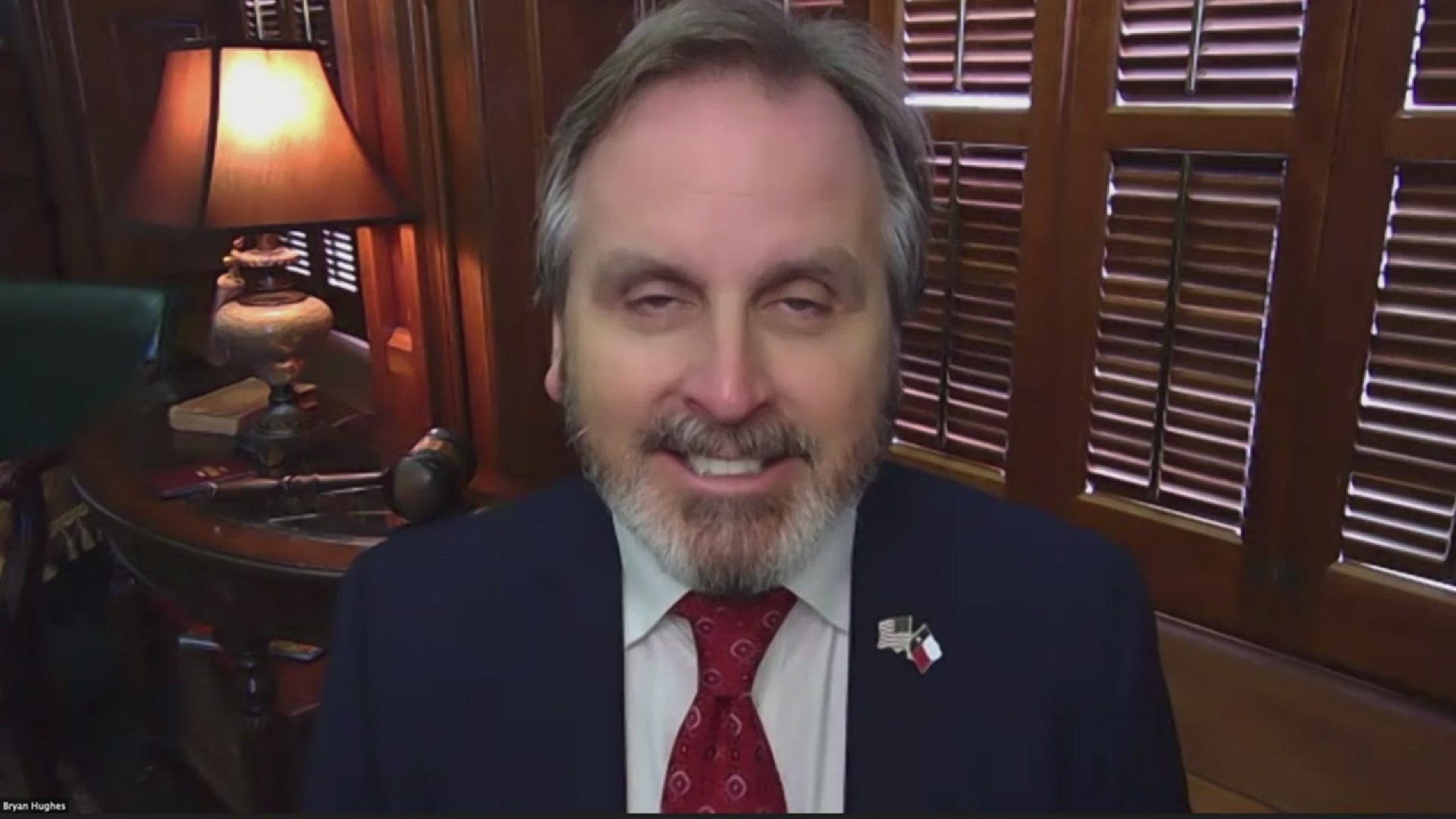 DALLAS — With 78 days left in the legislative session and fixing the state’s energy failure as a priority, Texas Republicans are also moving ahead with potential changes to how and where citizens can vote.

On Friday, state Sen. Bryan Hughes, R-Mineola, filed an election integrity bill that, if passed, could wipe names off the voter rolls and restrict who can vote by mail.

“We know from looking at the records from [the Texas] Department of Public Safety and also from the Feds that we still have many non-citizens, believe it or not, on Texas voter rolls," Hughes claimed on Sunday’s Inside Texas Politics. "I think we can all agree that only citizens have the right to vote, so cleaning up that voter rolls system is important.”

But how many non-citizens might be on the Texas voter rolls remains uncertain, Hughes said. Each county currently maintains their own database of voters.

The legislation is part of a nationwide push by conservatives to tighten election laws after November’s election.

“We want those mail ballots available for folks who are over 65, the folks who are disabled, and who are going to be out of the county, but beyond that voting in person is the American way to do it.”

Democrats argue this legislation is intended to limit turnout and is not needed in Texas after state leaders agreed that elections here ran smoothly in 2020.

“Well, certainly compared to some of those states that were all the horror stories, Texas did a lot better. We still have work to do,” Sen. Hughes added.

In 2019, Texas Secretary of State David Whitley left his job after fierce political blowback when he oversaw a botched review of the voter rolls. Whitley questioned the citizenship of thousands of eligible voters. Whitley later returned to a high-paying, lower-profile position inside Governor Abbott’s office.

Credit: AP
FILE - In this Feb. 7, 2019 file photo, Secretary of State David Whitley, left, arrives for his confirmation hearing in Austin, Texas, where he addressed the backlash surrounding Texas' efforts to find noncitizen voters on voter rolls. A key Texas Democrat says he won't back Whitley, Gov. Greg Abbott's embattled choice for secretary of state, whose job is in peril over an inaccurate list of 95,000 voters flagged as possible non-U.S. citizens. (AP Photo/Eric Gay, File)

Hughes suggested that Texas DPS is currently conducting an audit of names in voter databases.

“There are thousands we believe. We're trying to get the final numbers and is part of what this bill will do, [it will] empower the DPS to communicate with the counties, to look at the records,” Hughes explained.

The legislation was assigned a low bill number in the Texas Senate, which makes it a priority for Texas Republicans.