A new multi-million dollar urban farm on the city’s East side got seed money to expedite its opening to help put food on the tables of the hungry. 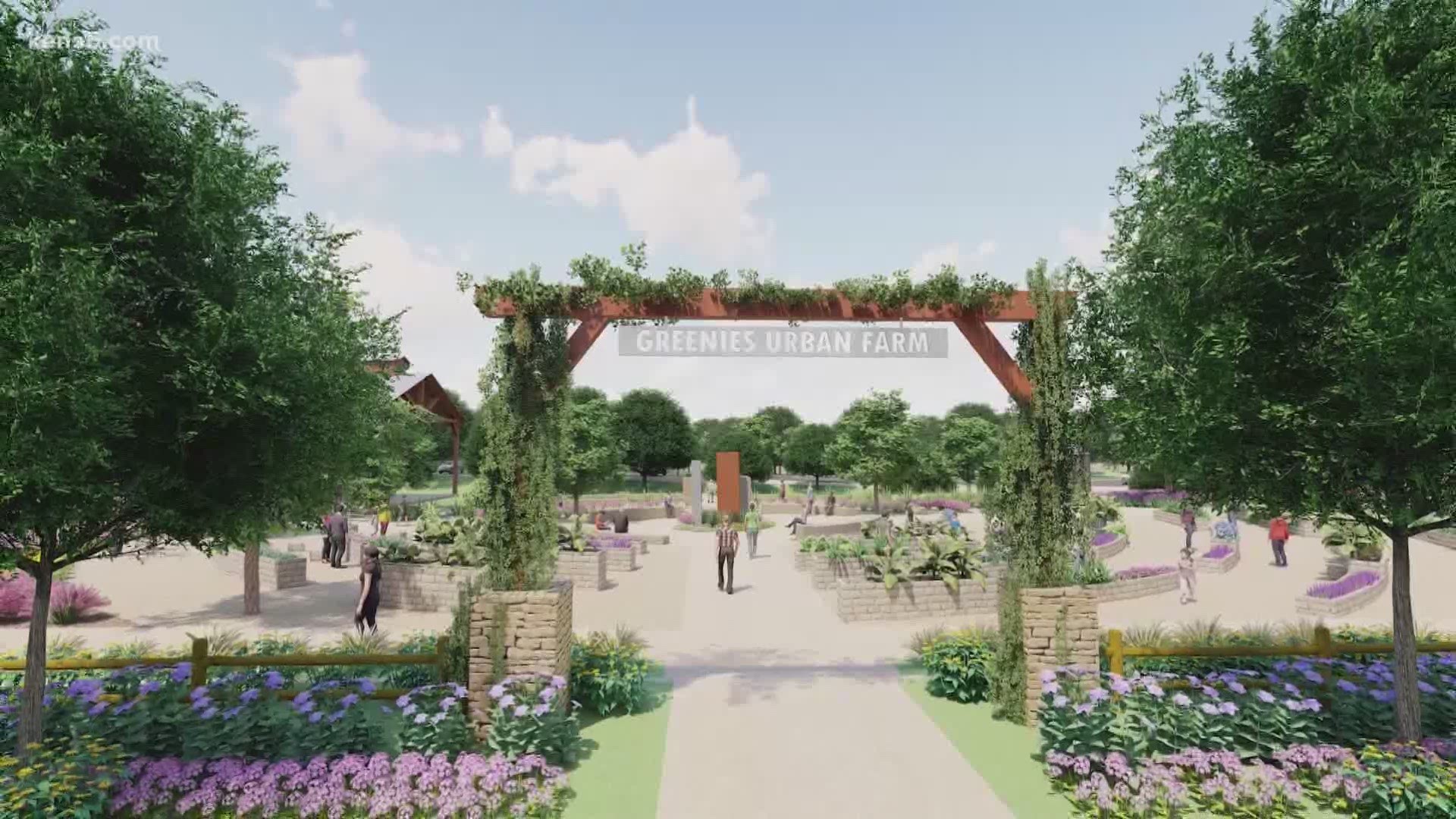 SAN ANTONIO — The Greenies Urban Farm may see its first harvest this fall. $2.1 million was approved by Bexar County Commissioners Tuesday to give their parcel of land life.

“This overgrown tree and brush area behind Wheatley Middle  School has been known as the ‘Goonies’,” Commissioner Tommy Calvert said. “And it’s just because it’s  kind of a no man’s land between the tracks and the school.”

Bexar County bought the undeveloped land from Union Pacific in 2016 on San Antonio’s east side. But the yield of the facility if for everyone Calvert said.

According to the commissioner, the concept will have an orchard, classroom space to teach everything from beer making to financial literacy, a 300 event center that could hosts wedding, a farmer’s market, and become the new home of the Bexar County Ag Center.

Most importantly, Calvert said, the urban farm will grow food---as soon as this fall.

“This first phase we’re expediting because of the crisis at the food banks,” Calvert said.

He said planting will begin in late September or early October.