Neighborhood Eats: Sandwiches like 'crazy' at the Dilly Deli

It all came together for Mike Schillinger and Megan Glisson. At first, the couple wanted a food truck. They opened a restaurant instead. 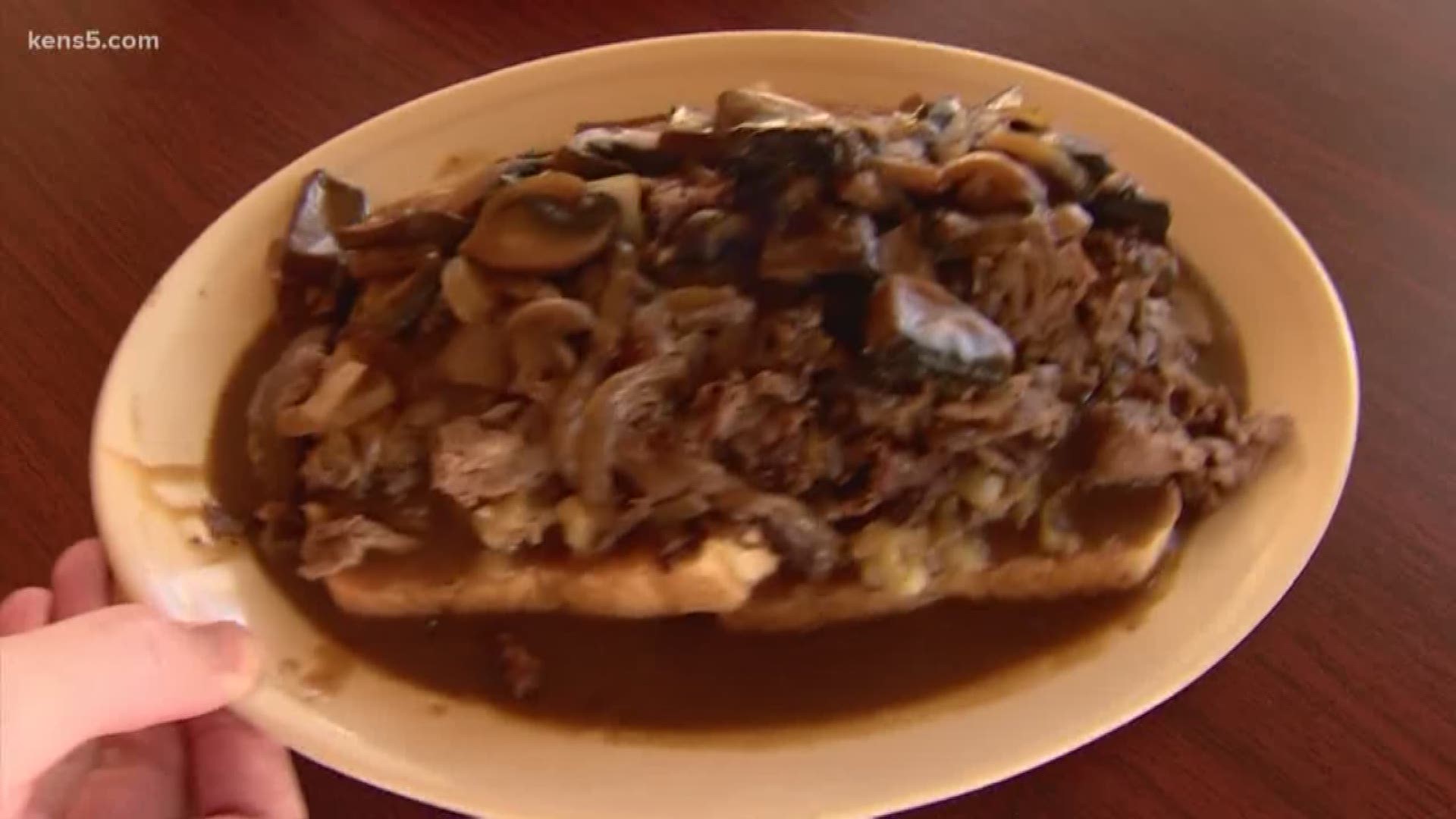 SEGUIN, Texas — The Dilly Deli is a small sandwich machine. Well, they do breakfast too. But this is a deli of true homemade proportions.

"We've been building our concept for over 7 years, " Schillinger said.

Glisson is a Texan. Schillinger moved from Pittsburgh to be with her. They were working on launching a food truck until the space at 1117 E. Court street became available.

The couple snagged the opportunity. They named the place the Dilly Deli. Dilly is short for their son Dillon's name.

"I mean we put a lot of energy into what we are doing here," Schillinger said.

Everything from a Texan Cuban to big biscuits and gravy to any sandwich experiment that comes to mind make up the menu.

The sandwich came paired with their award winning coleslaw.

Next, a sandwich experiment of sorts: The open-faced Roast Beef sandwich. Think two slices of Texas toast, covered in nearly 7 ounces of Roast Beef, plus portobello mushroom gravy and mashed potatoes on the bread. ¡Que Rico!

The Real Chew: Dilly Deli is a great place to grab a sandwich. Mike and Megan have created a friendly customer focused atmosphere. The magic in the kitchen happens with Jimmie Jimenez and Mike who have fun doing their job. Their natural comedy vibe shows on social media. Neighborhood Eats can't wait to get back to Seguin for a bite to eat. Try this place out!

Give Marvin your review of the DIlly Deli. If you have a restaurant/food truck suggestion send Marvin an email (Mhurst@kens5.com), tweet (@Mhurstkens5), IG: @MHguy or post it on his Facebook page. #KENS5EATS