Brad Croft was found guilty in late 2019 on 16 charges related to defrauding the U.S. GI Bill program of almost $1.5 million. 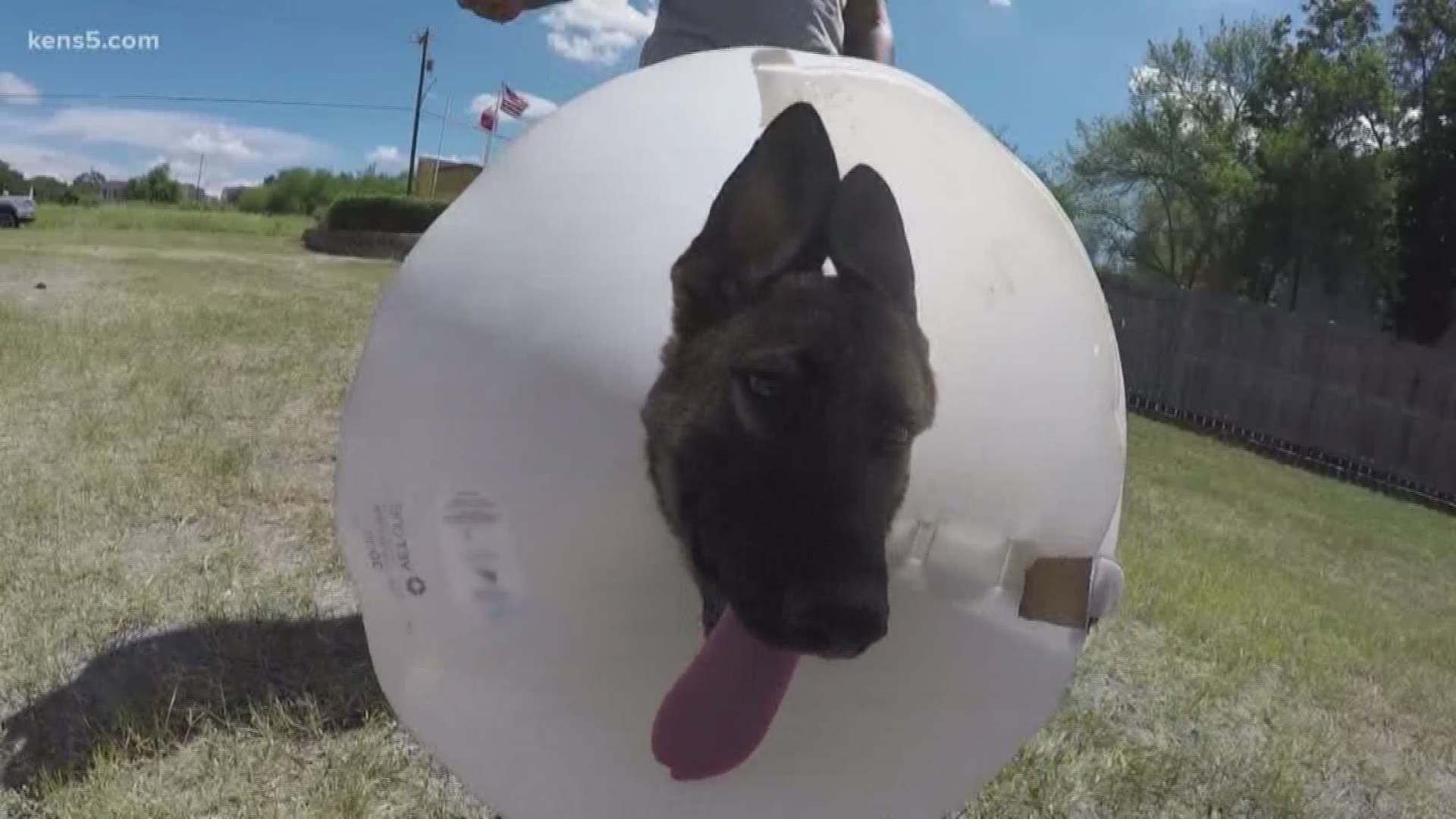 SAN ANTONIO — Brad Croft, the founder of Universal K9 who was arrested after an FBI raid in 2018, is seeking a pardon from President Trump.

Croft was found guilty in late 2019 on 16 charges related to defrauding the U.S. GI Bill program of almost $1.5 million.

“My business saved dogs that would have been euthanized, trained them to detect drugs, and donated them to police departments across the country. At 6 AM on August 2018, over 50 FBI agents raided my business. They pulled me and my daughter out at gunpoint,” Croft said.

“He doesn't even know how to walk upstairs, that's how much he was in that facility, since a baby,” said K-9 handler Timothy Cartagena of 9-month-old German Shephard Ducey, who is still a pup.

Ducey is now learning about life outside Universal K9, a dog training center that was raided by the FBI. The owner is facing charges of fraud.

“Acclimating [Ducey] to being outside the kennel, so all of this is new to him. I just let him do his own thing, sniff whatever he wants for now,” Cartagena said.

The FBI raid of Universal K9 earlier this month was a reset for Ducey’s handler, Cartagena, too. He explained that he knew early on things weren't on the up-and-up.

"We would go one at a time, as students or whoever, and would take them out for 10 minutes and then put them right back in,” he said.

For students, it's still hard reconciling what they hoped for and what happened.

"We got played. We got hustled. But we tried to finish because we needed the certification,” Cartagena said.

Bradley Croft, the man behind Universal K9 is on house arrest.

RELATED: Universal K9 owner could face up to 42 years on 14 charged in vet fraud case

"It was funny from the beginning because there was no type of direction or leadership shown. There was a curriculum, but they never followed it. We didn't have classroom time. If we worked the dog, it was for about 10 minutes,” Cartagena said.

Cartagena is also facing financial trouble. He took in 9-month-old Ducey and his health problems.

"I had to amputate his tail and he was infested with hookworms that almost killed him,” he explained.

Cartagena is thankful for the help he's gotten from vet support groups, including Pacesetter K9. The Liberty Hill-based training program worked to get three of the four veterans in the program a handler certification.

Cartagena now plans to head back to Massachusetts with Ducey in the hopes of finding work. Unfortunately, the plan to build a career in the Alamo City was derailed when Universal K9 was raided.

"Instead of it being something positive, it was a fallback,” he said. “I feel like I didn't take a step nowhere. I'm in a deeper financial hole. I came out here with no debt, now I’m in debt.”

Cartagena has been in touch with the VA. They are working to assist veterans impacted by the raid on Universal K9.